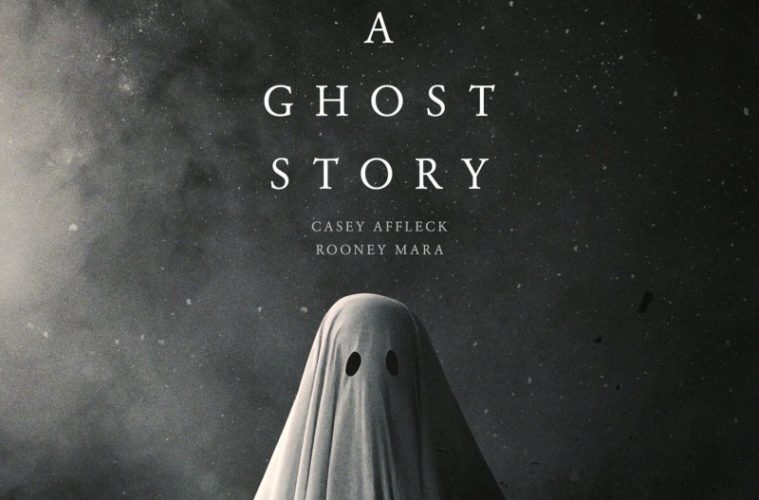 Sundance Review: ‘A Ghost Story’ is an Audacious Meditation on Time and Grief

The premise is a simple one. A man only credited as C (Casey Affleck) dies after a head-on car accident in front of his house, leaving behind his wife, M (Rooney Mara). After examining his corpse at the hospital, she leaves the room, and, covered by the white cloth over his body, his ghost rises up and returns home to observe the grieving widow he left behind. If one thought only a spooky, small-scale haunted house tale is to follow, David Lowery’s latest is proof that a premise is merely a foundation. Beginning with the beauty, patience, and humor of an Apichatpong Weerasethakul movie before segueing into the existential musings reminiscent of Richard Linklater dialogue, and then infinitely expanding its scope to become a stunning meditation on the passage of time, A Ghost Story is one of the most original, narratively audacious films I’ve ever seen.

One of the most impressive aspects of this drama, shot in secret last summer in Austin mere days after Pete’s Dragon was completed, is how it surprises at every single turn. With the early introductions of a portal into the afterlife to ghosts speaking to each other about finding peace (with subtitles), A Ghost Story manages a wealth of tones, from the otherworldly to the slyly funny to the emotionally devastating. If Lowery’s last Mara and Affleck collaboration was a poetic ode to eternal romance, their latest lies more in the stillness of grief. The initial inherent goofiness of the image of a caped Affleck with eye holes cut out as he stands around corners of their house quickly washes away when Lowery centers the focus on M’s devastation, rendered by Rooney Mara in one of her most affecting performances.

In one of the film’s best scenes, a single five-minute shot features Mara’s character sitting on the floor eating a pie as tears roll down her face. As she consumes her grief, Affleck’s ghost stands off in the distance as an observer. This low-budget film, one that has more imagination than any tentpole in recent memory, also didn’t simply grab a white sheet off a nearby bed. There’s a weight and dimensionality to Annell Brodeur‘s costume design that helps give personality to the ghost. The ghost is able to futz with electricity and pick up objects, but Lowery doesn’t concern himself in going to great detail about the ghost’s relation with the real world, yet his presence haunts nearly frame. By establishing his unwavering commitment to lingering in this sole location, through many static shots, it makes Lowery’s expansive vision to come all the more affecting.

An infatuation with our place in the universe has been present in the writer-director’s other works, but the grappling with what awaits long after we’re six feet under is extraordinarily brought to life. The less known about the narrative turns, the better, as Lowery is gradually able to show the cyclical way of nature, and mankind’s altering of it, in an astounding way. By framing the film around an intimate quarrel about the couple’s home, it helps give a personal attachment when the scale cosmically expands.

Andrew Droz Palermo’s pristine cinematography, captured with a 1.33:1 aspect ratio and vignetted corners, gives the feeling of each frame being a moving painting, especially in the first half. As the Weerasethakul-inspired cinematography incrementally becomes more expansive and kinetic to fit the narrative turns of the story, Daniel Hart‘s score — including Affleck’s effective rendition of his song “I Get Overwhelmed” — also becomes more lyrical and emotionally stirring.

The psychological weight of our certain death and the fact that life will go on long after we are departed is difficult to visually convey, but A Ghost Story is one of the most poignant films to ever grapple with this existential question. It’s a singular feat of enthralling storytelling that I would say is going to leave a lasting impression centuries after everyone involved has passed away, but as Will Oldham (aka Bonnie “Prince” Billy) ponders in the film, humanity will eventually perish. It’s not a comforting thought, to say the least, but A Ghost Story leaves enough room for the viewer to find peace in the reflection.

A Ghost Story premiered at Sundance Film Festival and will be released by A24 on July 7.