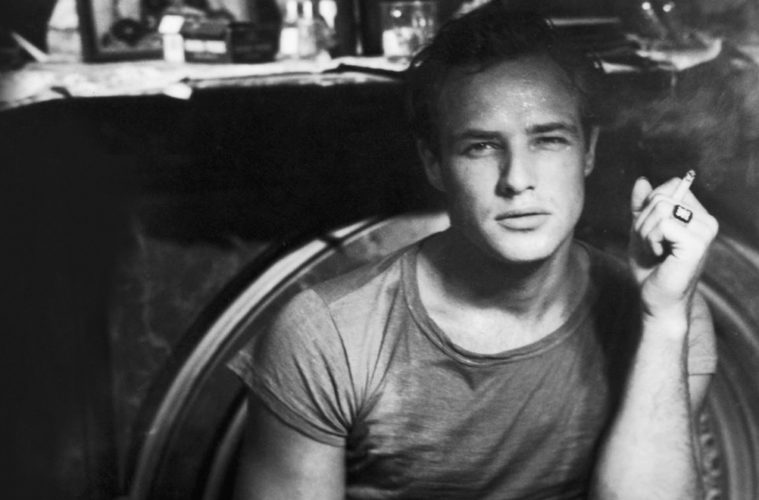 While much of the attention during Sundance Film Festival seems to go to the dramatic competition and premiere section, there’s also a wealth of notable documentaries. This year at Park City we were able to check out nearly a dozen of the selections and have provided a brief take on each, with topics including comedy (times two), Marlon Brando, paralyzing nightmares, potential alien invasions, the environment’s rapid decline, and more. Check out our thoughts on all ten documentaries below and see our complete Sundance 2015 coverage here.

A laborious documentary that explores author D.H. Lawrence’s journey to Sardinia in 1921, filmmaker Mark Cousins spends most of his time guessing at what Lawrence might have been thinking at different points during his trip. Not without its moments of beauty, Cousins’ film too often feels like a self-parody of experimental documentary. Fictitious conversation Cousins (who narrates most of the time) imagines with “Bert” (Lawrence’s nickname) are lengthy and lacking in detail. The author is a fascinating subject, no doubt, and deserves a more focused piece of filmmaking. [C-] – Dan M.

Do you know Barry Crimmins? It doesn’t really matter if you do or you don’t, by the end of Bobcat Goldthwait‘s Call Me Lucky you’ll have trouble getting him out of your mind. Crimmins, a tough-nosed, politically-minded comedian, founded two comedy clubs in Boston and helped foster the careers of many now-famous comedians, including Goldthwait himself. All the while, Crimmins was harboring demons from his past, which gradually crept into the forefront of his life, both on and off the stage. As these revelations come to light in the film, what begins as a semi-serious, mostly-funny portrait of a never-was becomes something much more dramatic and much more important. [A-] – Dan M.

It’s no surprise Dark Horse won the audience award in its respective category at this year’s Sundance. The ultimate crowdpleaser (and I mean that in the best way possible) tracks the feel-good story of a small village in Wales who banded together at the behest of a local barmaid to breed a racehorse. With each of them pitching in to train it, they would split the profits, if any were to arrive. While one could easily track down the story, we’ll only say that Osmond’s up-and-down tale has one hooked on every word, thanks to the endearing personalities of the townsfolk and their captivating story. I certainly shed a few tears of joy during this one, and I’d imagine most audiences will as well. [B+] – Jordan R.

Listen to Me Marlon (Steven Riley)

Some iconic talents of cinema rarely gave an interview, while others were relegated to the routine press circus. Regardless of where one falls on the spectrum, the bite-sized, often pre-packaged tidbits of one’s career do little to paint an accurate portrait of a life, and it’s effectively unfeasible to get such a look apart from the talent itself. However, the new documentary Listen to Me Marlon provides something vastly more extensive and intimate than a standard interview. Given access to hundreds of hours worth of previously-concealed audio interviews/musings with Marlon Brando, director Stevan Riley magnificently produces one of the best documentaries about a legendary figure — all without a single talking head. Ahead of his time, we begin with Brando predicting the future of filmmaking: actors will soon be motion-captured and their essence created in a computer screen for projection. We then witness the man resurrected through such a digital form, incorporating the audio from his interviews, giving an ethereal effect interspersed throughout the film. [A-] – Jordan R. (full review)

With Room 237, director Rodney Ascher provided a highly entertaining exploration of over-analyzation as it pertains to Stanley Kubrick’s The Shining. He now returns to Sundance Film Festival a few years later aiming to petrify with a perhaps more relatable documentary for some scourged individuals. The Nightmare, which explores the phenomenon of sleep paralysis, is an intriguing feature, but one that ends up dulling your senses with repetitive talking heads and recreated scenarios. [C+] – Jordan R. (full review)

Directed by Frida Barkfors and Lasse Barkfors, this documentary explores the lives of the residents in Florida Justice Transitions, a community made up of about 120 convicted sex offenders in St. Petersburg. Unflinching from start to finish, Pervert Park is brutally simple in presentation. For 75 minutes, we get to know certain residents and hear their version of the crime (or crimes) that got them in jail and forever labelled sex offenders. Their stories range from tragic bad luck to unspeakable heinous acts most of us can’t fathom. Impressive all the more that the film refuses to pass judgment on these subjects, instead presenting them as individuals with singular pasts and singular traumas that have led them here. It’s a piece of work not soon forgotten. [B+] – Dan M.

This environmental documentary has the potential to strike a cultural nerve a la An Inconvenient Truth. From Louie Psihoyos and Mark Monroe, the duo that broke out with The Cove a few years back, Racing Extinction is a sequel of sorts that builds on the foundations of their first film. Where we start is the black market in Asia, where millions of sharks are brutally hunted and killed to make shark fin soup. Where we end up is the at the beginning of the Earth’s sixth extinction. Thankfully, Psihoyos and Monroe go out of their way to provide hope to go along with their dread. Things are bad, but we can make them better. Little by little, we can stave off extinction. Beautifully made and succinctly told, Racing Extinction is the kind of non-fiction filmmaking we need every human being to see. [B+] – Dan M.

Chances are you’ve already heard the story of Tig Notaro, or at least her landmark 30-minute stand-up special following her diagnosis of cancer and the death of her mother. Going into a new documentary about the comedian herself and the aftermath of the event, I was curious how much new information we’d get, but directors Kristina Goolsby and Ashley York have crafted a warm, compelling feature with Tig. As much as it is about her comedy the film also delves into the creative process and how to live up to your past work (or if you even want to), as well as her personal struggles and relationships. While it feels a bit cobbled together, technically speaking, the story at the center is a passionately told one and worth seeking out. [B] – Jordan R.

What would we do if aliens invaded? While this question has been tackled in countless blockbusters, from Steven Spielberg to Roland Emmerich, and in smaller features like last year’s Under the Skin, The Visit aims to depict a realistic version of such events. Directed by Michael Madsen — no, not that Michael Madsen — the documentary features interviews with a number of experts from the UN, NASA and specialized groups dedicated to the search for extraterrestrial intelligence as well as slow motion-heavy scenarios bringing to life their discussions. While some portions intrigue (particularly about how perhaps civilized they might be upon arrival, and if not we would never know, as humanity may be wiped out instantly before they landed), most of the feature feels as if the “experts” are simply fabricating things as they go along and never delving too deep into any one portion. While the anti-Ancient Aliens grounded approach is appreciated, if any extraterrestrial life got ahold of this fairly monotonous documentary, we’d imagine they’d skip past our planet in fear of boredom. [C] – Jordan R.

Growing up one can often feel sheltered from the outside world, whether its through parental restrictions, lack of a social life, or the location of one’s upbringing. The Wolfpack, a captivating new documentary from director Crystal Moselle shot over five years, captures an environment in which that idea is taken to the outright extreme. Raised in the Lower East Side of Manhattan, or rather a single apartment in the Lower East Side of Manhattan, the six Angulo brothers (and one sister) live an exceedingly sheltered life. Since they were born, they’ve only left their home for at most nine times a year, and in some years, never. To keep busy, they have a collection of thousands of films in which they repeatedly watch TV, transcribing them frame by frame and creating lavish scripts that they will then extravagantly (and frugally) bring to life in their own creative way. [B] – Jordan R. (full review)