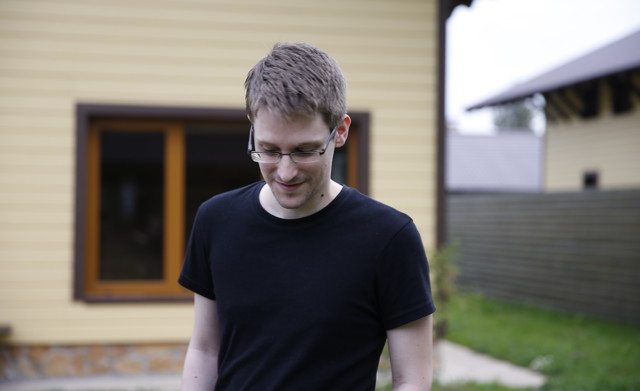 One of 2014’s most essential films in now available to stream for free in full. After picking up the Best Documentary Oscar last month, Laura Poitras’ Citizenfour, which captures the immediate aftermath following Edward Snowden’s leak of top-secret NSA documents to the world, is a must-watch and now one can do so quite easily.

We said in our review, “The damaging effects of the government covertly wrangling more control are in their infancy, but Citizenfour makes for a monumental, unprecedented look inside what can be done to reclaim privacy. For ending with the sort of cliffhanger a studio pining for franchise gold could only dream of, perhaps the most frightening aspect of the documentary is a suggestion that this is only the dawn of what’s to come.”

Stream it below in full thanks to Thought Maybe, as well as a pair of extensive conversations about the film.

Update: The film has been removed. It can be streamed on HBO GO.

In January 2013, film-maker Laura Poitras received an encrypted e-mail from a stranger who called himself Citizen Four. In it, he offered her inside information about illegal wiretapping practices of the NSA and other intelligence agencies. Poitras had already been working for several years on a film about mass surveillance programs in the United States, and so in June 2013, she went to Hong Kong with her camera for the first meeting with the stranger, who identified himself as Edward Snowden. She was met there by investigative journalist Glenn Greenwald and The Guardian intelligence reporter Ewen MacAskill. Several other meetings followed. Citizenfour is based on the recordings from these meetings. What follows is the largest confirmations of mass surveillance using official documents themselves, the world has never seen…

What did you think of Citizenfour?