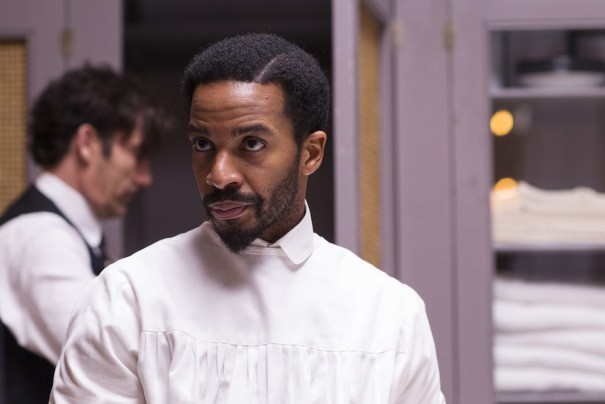 No rest for the weary when it comes to Steven Soderbergh’s 2018. In between all of his media consumption, the director’s app-turned-TV show Mosiac is now airing on HBO and in just a few weeks he’ll premiere his iPhone-shot psychological horror film Unsane at Berlinale. Then he’s back to New York City to shoot a new film, and more details on the project have now been revealed.

Set to begin production at the end of the month, the NBA drama High Flying Bird will be led by his break-out star of The Knick, André Holland. It will also mark another reunion for Holland as the script is written by Tarell Alvin McCraney, the Oscar-winning co-writer of Moonlight. While the project was initially revealed last fall, we now know more about the drama thanks to the first logline: “During an NBA lockout, a sports agent, Dean (Holland), presents his rookie client, Erick Scott, with an intriguing and controversial business opportunity.”

With the shoot lasting only a little over two weeks and Soderbergh’s recent comments about how iPhones are the future of filmmaking, one would imagine he’ll utilize the smartphone for this yet again. As we await word on additional casting, Soderbergh also just lined up another project with the action thriller Planet Kill. Producing with an eye to direct, the undisclosed story comes from Scott Z. Burns (Contagion) and James Greer (Unsane), Deadline reports. Soderbergh truly never left, but as Logan Lucky proved, it’s a welcome sight to have him taking on a plethora of feature films once again.