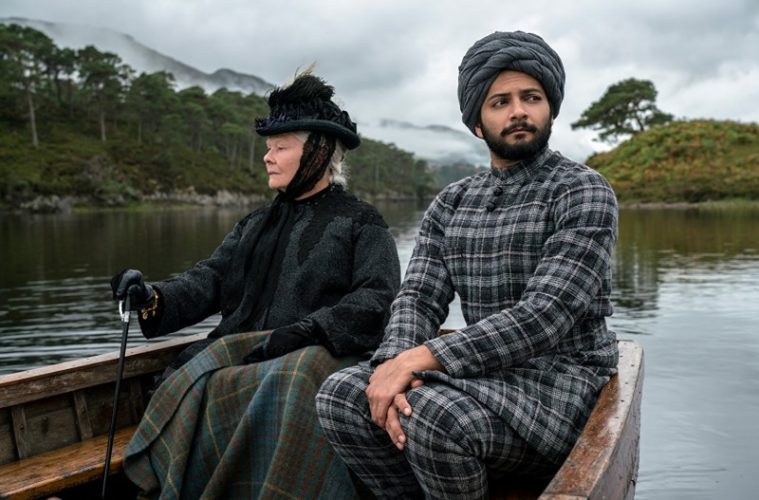 In 1887, a 24-year-old Indian man named Abdul Karim traveled from his home country to England, to be a servant for Queen Victoria’s Golden Jubilee. Karim made such an impression on the monarch that she handpicked him to become her tutor in the ways of his home country, and even teach her Urdu. The two developed a close friendship that scandalized the Royal Household and would go on until the time of the Queen’s death in 1901. Karim’s story remained mostly unknown until the release of a book by Shrabani Basu which recounted his years in the Queen’s court. Basu’s book was used as the inspiration for Victoria & Abdul, a film by Stephen Frears. Speaking from the Toronto Film Festival, Frears expressed he wanted to tell the story because of its provocative elements and to show the Queen was “more interesting than those statues of her.” “She was interested in the lives of the people she ruled which already was unusual,” he continued.

To play the Queen, Frears recruited Dame Judi Dench, who achieved international cinematic acclaim for her portrayal of her in John Madden’s Mrs. Brown, a film which told the story of her relationship with another servant by the name of John Brown. Even though Frears knew Dame Judi had played the British monarch before he established he wouldn’t make the film without her. “We read the script in front of her and she saw how good it was,” he explained, “She never mentioned having played her before.” For the part of Abdul, Frears chose Ali Fazal, a young actor familiar to American audiences for his work in Furious 7.

The two actors establish a delightful rapport that transcends the portraits of friendship we’re accustomed to watching in fiction. Their relationship was “very intimate,” adds Fazal who did extensive research using Karim’s journals, “it wasn’t that kind of love, it was maternal, almost spiritual which is why I don’t think people got it at the time.” The actor was surprised to discover the language Queen Victoria used in the letters she wrote Karim. Most of them were burned by the Queen’s family after her death, in order to destroy any evidence of the Indian man’s influence on the Queen, but in the ones that remain, Fazal found passages in which she’d call him “my loving son,” or “the Queen misses her Munshi,” “come back soon, hold me tight.” Fazal added, “it was just surreal, it was a confusing relationship.“

In the film though, we see the two almost as a 19th century version of Harold and Maude, two people defying tradition in order to seek fulfillment. Dench portrays the Queen as a woman hungry for touch and simple pleasures, she becomes a sensual creature pleased with Karim’s treatment of her as a woman. Queen Victoria was notorious for her voracious appetites, both physical and spiritual, “She liked sex”, explains Frears, “she didn’t like her children, but she was a very mischievous woman.” The director’s description of the monarch resembles the way in which Fazal speaks of Dame Dench, “She’ll walk in before really heavy scenes and we’re laughing cause she’s just pulled a prank on someone. She keeps your energy up the whole time.”

The chemistry between Fazal and Dench makes the film truly special, although Frears takes no credit for it, “The actors go and do it, all you can do is hope,” he said modestly “they go sit in cars and tell jokes, it’s completely mysterious, you can’t legislate for that, you can’t order it.” But according to Fazal, the enigmatic Frears does have a way of getting his message across, “ I think Stephen is someone who beautifully manipulates you into doing what he really wants, but he lets you make the choices because the actors need that” he said, “He’s the puppeteer but he makes you think you have to be on your feet the whole time.” During the first week of shooting the young actor thought his director wasn’t pleased with his work, “he didn’t say anything to me” he recalls, leaving Dame Dench to calm his nerves, “Judi was like ‘you’re safe, you’re so good because that means he likes you, he’ll say when he doesn’t’.”

Despite its good hearted nature and moments of levity, Victoria & Abdul also serves as a reminder of England’s power throughout the centuries, and how British historians always had the last word. In erasing Karim’s existence from palace records, they were emulating a long tradition of cultural appropriation. While Frears is aware of the Crown’s controversial interventions across the world and declares himself to be a Republican, for Fazal, the film presented mixed feelings. “It’s confusing honestly, with what’s happening in my country I don’t know how people are going to take it,” he explained. “We’ve tried war and politics and nothing works. We still have oppression, so essentially what this movie talks about is giving love and hope a chance, as cliche as that sounds.” Queen Victoria isn’t the first royal who’s caught Frears’ attention, he was nominated for a Best Director Oscar for The Queen, which explored Queen Elizabeth II’s reaction to the death of Princess Diana. Having made the films hasn’t changed the way Frears perceives the monarchy, the reason why he wanted to make both films is that “the Queen is more interesting than the monarchy and Queen Victoria was more interesting than Victorian England,” he explained, calling them both “remarkable women.”

At age 76, Frears continues making films on a constant basis. He’s already at work in his next project, a film about “a British politician who was a homosexual and tried to have his lover killed,” he commented. “It’s a wonderful story, it’s very funny.” When I spoke to him from Toronto, he was fresh off the Venice Film Festival where he received an award for his innovation and contributions to cinema, and presented Victoria & Abdul out of competition which he found to be a relief. “Competition is frightening,” he shared “I’m very, very easily frightened, I’m a very nervous chap.” Judging from his accomplished work, one finds that hard to believe.