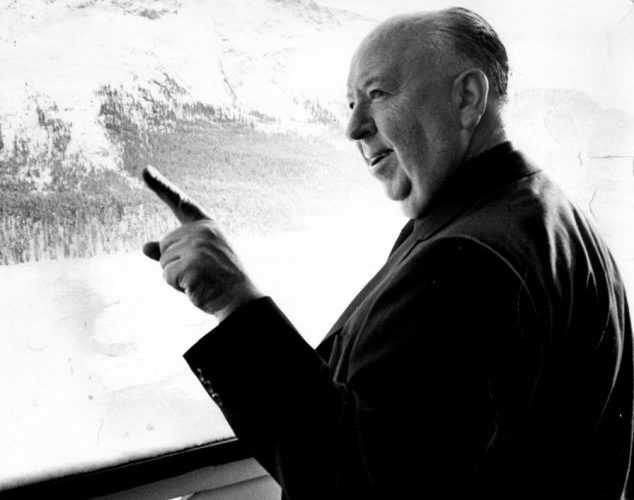 If one needs a refresher course on the works of Alfred Hitchcock, look no further. We’ve rounded up two documentaries profiling the legendary director that contain insights into a canon of films long studied and admired. The first video is a thirty-minute installment of Masters of Cinema from 1972. Here, Hitchcock covers how to construct suspense, elaborates on the eroticism of his “sexual aberrations,” and finds humor in the unusual details of a life in Hollywood.

Although Hitchcock’s films were filled with stars like Grace Kelly, Jimmy Stewart, and Cary Grant, their personas and presences were mostly used in search of a set piece or a set of imagery Hitchcock was attempting to create. His fastidious storyboarding and pre-visualization of the film may explain some of his prickly comments here about actors. “Method actors are like children,” he declares before telling unflattering stories of Charles Laughton and Montgomery Clift. The interview also examines Hitchcock’s early career (we profiled 9 of his silent films that toured cinemas past year here) and his admiration for German cinema. This interview, conducted by two separate hosts, encompasses Hitchcock’s most interesting personal qualities and the power of his work.

The second is an hour-and-a-half overview of Hitchcock’s life from UK television. Structured like a traditional biography, Hitchcock Reputations combines archival footage and testimonials from his collaborators. Hume Cronyn, the man who adapted Rope and Under Capricorn for the screen, recalls Hitchcock’s frustration with the later of those pictures — it remains, to this day, an unusual and divisive title in his catalogue. These anecdotes showcase a brazen director and an artist aware of how his work would be perceived. It’s also an interesting watch because of the inability of scholars to pinpoint a sole cause of Hitchcock’s visual and sexual fascinations. His biographer claims that Hitchcock identified with the suffering heroine of films such as North By Northwest rather than his wounded male characters. The dramatic turns of Hitchcock’s life, a journey from a title designer to auteur, is a thrilling companion piece to any Hitchcock movie. He and his films have solidified themselves as cultural touchstones, and one can take a look at these videos below to get reacquainted with the Master of Suspense: