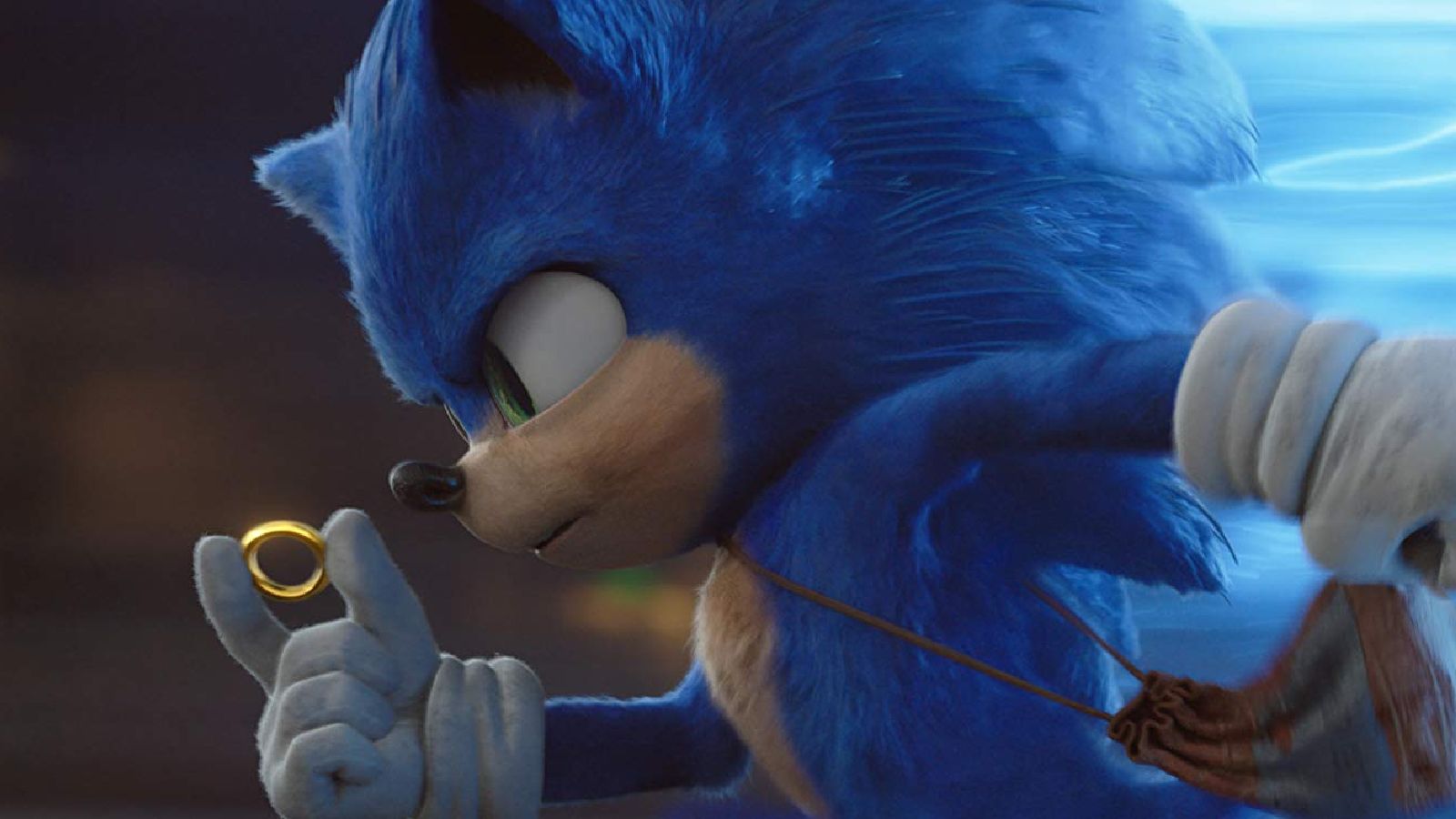 Is there anyone better at playing a cartoon villain than Jim Carrey? Maybe that’s a strange question considering his recent absence from the mainstream. After all, the last time he conjured animated laughs and maniacal quirks was two decades ago, when he wore green skin and fur and wrapped himself in a Santa suit. It’s been a while. But from the moment he shows up in Sonic the Hedgehog, it doesn’t take long to recognize that Carrey has returned from hibernation. He’s having so much fun that you hardly notice the bags under his eyes.

It’s easy to forget that playing a caricature like Dr. Robotnik—the technologically savvy mad engineer and primary antagonist of this otherwise dull movie—is in Carrey’s wheelhouse. He’s one of the few actors that can plausibly stretch one note (evil!) into dozens. Here, under his slicked hair and wickedly curled mustache, his face turns elastic and his mouth never stops. He’s going for it like he hasn’t in a long time—like he’s the only one who knows he’s talking to a blue hedgehog that runs at lightning speed. You quickly find that Carrey is supplying the whimsy and devilish energy to a movie that doesn’t really deserve him.

That’s not to say director Jeff Fowler and the visual effects team behind this adaptation, based on the popular Sega character, weren’t trying. The history behind preparing Sonic for the big screen certainly suggests their dedication to anthropomorphizing this friendly and heroic space rodent. When the original trailer debuted last spring, a throng of fans objected to the creature’s eerily realistic form (its small eyes and human teeth prompted the most ire), forcing Paramount Pictures to delay the movie’s release and order a redesign with Sonic’s more familiar, cartoonish features. If only they had spent more time re-shaping its story, too.

Like the recent comic-book blueprints before it, Sonic The Hedgehog begins with some winking freeze-frame narration. Effectively voicing a videogame “skip” screen, the titular speedster (voiced by Ben Schwartz) briefly recounts his narrow escape from danger at home and his subsequent portal jump to fictional Green Hills, Montana, a small forest community where he can stay hidden. For a while, Fowler has fun playing with the controls. Sonic blazes down the highway at 300 miles per hour, going undetected by the town sheriff, Tom Wachowski (James Marsden), and in one set-piece, plays a game of baseball by himself, darting from pitcher to hitter to fielder. It’s an impressive feat and also a portrait of extreme loneliness. When Sonic’s superspeed accidentally wipes out the entire Pacific Northwest electrical grid, the government calls in Dr. Robotnik, described as a “psychological tire fire,” to find the hedgehog. It’s not long before the tech-wiz goes rogue, using his semi-truck full of drones and weaponry to scan and capture Sonic’s powers for his own.

Like most residents of Green Hills, Sonic relies on Tom (and eventually his wife, played by Tika Sumpter) for help, and the two road-trip to San Francisco to collect Sonic’s missing gold rings and escape trouble. This should be an entertaining buddy comedy but the pacing feels off. Fowler, along with co-writers Patrick Casey and Josh Miller, is working off the Deadpool and Detective Pikachu template, which is really just the Ryan Reynolds template. But Schwartz’s rat-a-tat verbal sparring with Marsden doesn’t have the same sugar-high energy that’s necessary for a character like this. During one pit stop, Sonic embroils himself into a biker bar brawl and Fowler lifts a move from X-Men: Days of Future Past. Everything slows down while Sonic swiftly rearranges the trajectories of fists and beer glasses. It might have been more exciting had Quicksilver not done it first.

Much of Sonic The Hedgehog feels like this: tired aggregation. It’s trying to stitch fun sequences together but the jokes—and a few shameless promotions for Olive Garden—take their time and don’t feel inspired. One of the subplots finds that Tom, who spends his days talking to donuts during pointless speed patrols, has been offered a San Francisco Police Department job. It’s a promotion that the movie ultimately discourages. Why would you leave Sonic? Why would you leave your small-town Americana home behind? When Tom does reach the bay, his sister-in-law (Natasha Rothwell), for no apparent reason, berates him for never being worthy of her sister. Poor Tom. These are thinly written touches that darken the complexion of what should be an uninhibited and primary-colored movie.

Thankfully you can still bank on Carrey and his obscurities (there’s a delightful scene where he dances inside his laboratory) to paper over some of the cruelty and staleness. He elicits most of the laughter here (including a post-credits scene), and makes you reconsider the opportunity of a videogame movie—you get three dimensions of performance! Fowler doesn’t quite seem interested in using them. He’s committed to serving the fans—and there are some dishes to enjoy—and he’s also playing it safe, coloring in the lines. Much like its redesigned, back-to-the-cartoon look, Sonic never really tries to be its own thing.