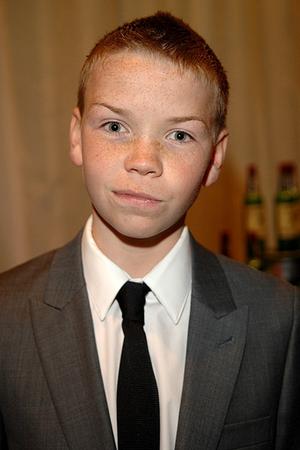 Back in August, we reported that newcomer Wes Ball had signed on to direct an adaptation of The Maze Runner for 20th Century Fox, based on the 2009 young adult novel by James Dashner. And now after months without any word on the project, Deadline brings us the sort-of news that Will Poulter has been offered one of the lead roles.

Poulter is perhaps best known for starring in the 2007 indie film Son of Rambow as well for his role as Eustace Clarence Scrubb in 2010’s The Chronicles of Narnia: Voyage of the Dawn Treader. He’ll be appearing opposite Jennifer Aniston and Jason Sudeikis in We’re The Millers which sees release this year.

For those of you who haven’t read The Maze Runner, or missed the news when it was originally announced, the story revolves around a teenager named Thomas who ends up in a mysterious area known as The Glade completely devoid of his memory. Along with other “Runners,” Thomas tries to find a way out of The Glade, which changes shape every night, while also avoiding a group of machine-like animals called The Grievers. Grant Myers completed a second draft of the screenplay, expounding on the draft Noah Oppenheim had initially written when news of the project was first announced.

Maze Runner is slated to be released on February 14, 2014 so there’s your date movie picked out for you in advance. You’re welcome.

Do you think Will Poulter would be a good casting choice for The Maze Runner?