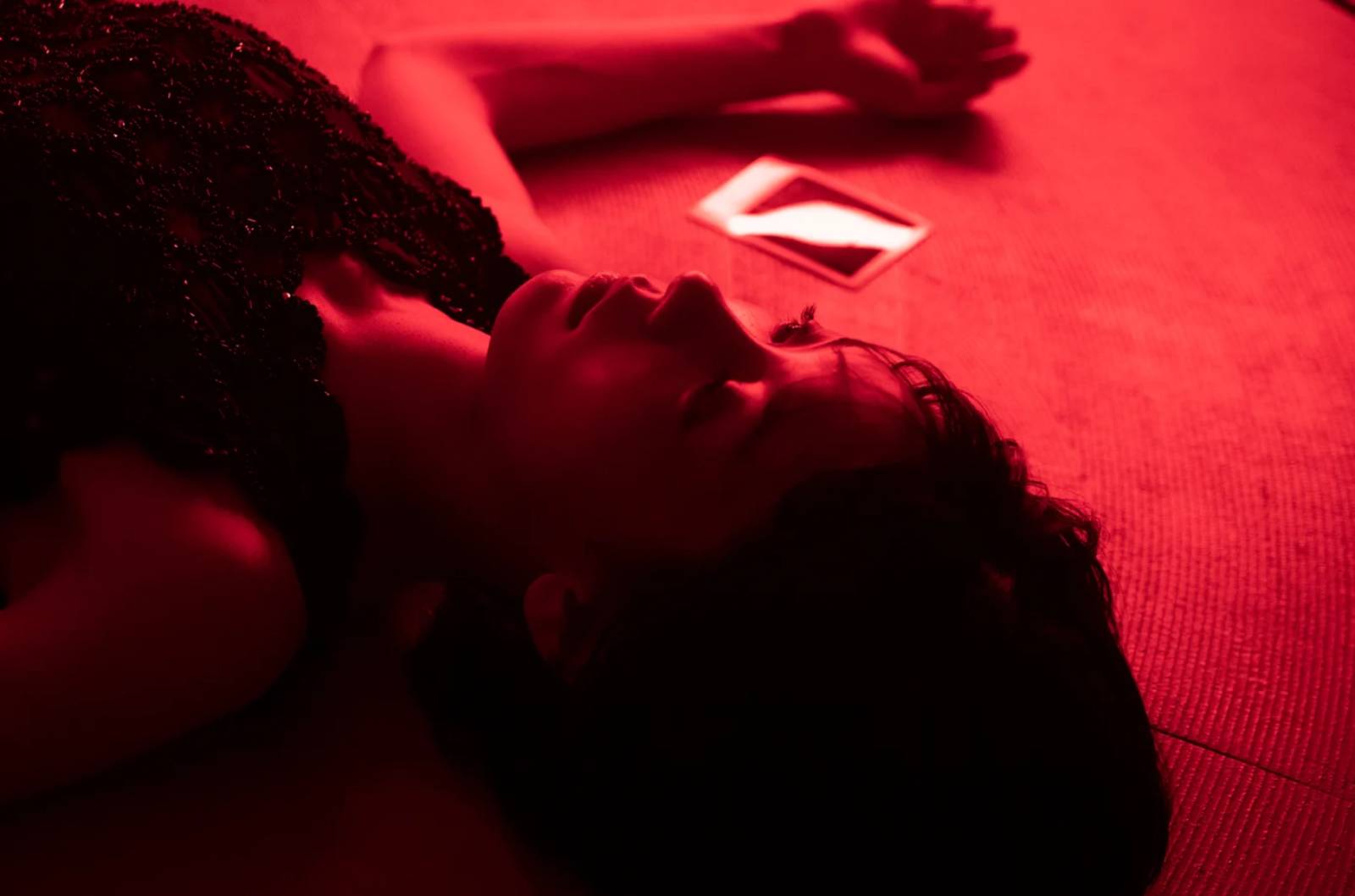 It’s hard to watch Keishi Kondo’s New Religion and stop yourself from pointing out the influences all over it. There’s an abstract opening sequence that brings to mind Jonathan Glazer’s Under the Skin; a plot that might take inspiration from Nicolas Roeg’s Don’t Look Now; deliberate pacing and images recalling Nicolas Winding Refn; one sequence almost directly inspired by Kiyoshi Kurosawa’s Pulse; and an enigmatic character who could easily be played by Shinya Tsukamoto. Is it derivative? Sure, but that’s not an inherently bad thing, and Kondo’s blending of such inspirations into an off-kilter slice of cosmic horror makes for an intriguing feature debut.

The first act introduces Miyabi (Kaho Seto), a call girl who lost her daughter several years ago in a tragic accident for which she feels responsible. She has a new boyfriend (Saionji Ryuseigun) and goes through the motions at work until one night when she witnesses a co-worker running along the streets slashing people with an Exacto Knife. The coworker goes missing after her attack, and Miyabi gets assigned to take on her regular client, Oka (Satoshi Oka), a strange man who lives in a pitch-black apartment. On her first visit he has only one demand: a photograph of her spine, which he labels and stores away. Every successive visit has him take a picture of a different body part, and with each photo Miyabi begins to feel her daughter’s presence. Convinced Oka is somehow bringing her child back to life, she commits to him fully, sending her down a rabbit hole that loosens her grip on reality.

It’s a compelling premise, one strong enough to keep the dread and curiosity going even when pacing stops New Religion dead in its tracks. Kondo takes plenty time to focus on Miyabi and her deteriorating state of mind. Functional on the surface but consumed by grief and guilt––where her character starts and ends. Seto’s stilted performance can only go so far, making Miyabi largely one-note as Kondo tries developing her along with her relationship. Sections of New Religion (which Kondo also edited) drag as a result, but the most interesting parts tend to exist on the edges and in the background. News of other incidents like the knife attack appear in background news reports while brief cutaways and dream sequences foreshadow sinister forces at play behind the scenes, all contributing to a prevailing sense of the apocalyptic.

It helps that Kondo shows enough confidence behind the camera to create a strong, foreboding atmosphere that helps offset an overly serious tone. People have compared New Religion to David Cronenberg for how it flirts with body horror, though Brandon Cronenberg’s Possessor might be a better comparison point: both portray their city settings as alienating and claustrophobic, where one’s sense of self-control continues slipping away. If Kondo doesn’t quite nail this element vis-à-vis Miyabi processing her loss and feelings of responsibility, he does a far better job when leaning into the horror.

As the title implies, Miyabi’s encounters with Oka provide her hope for a miracle that can undo the past, but New Religion undercuts it with constant reminders of the limits of human perception. Kondo’s implication of higher powers at work––their motives and abilities extend beyond our own capacities, planning our extinction right in front of us without anyone the wiser––is unsettling enough to make a strong, lasting impression.