Slamdance Review: Me to Play Grapples with Real-Life Mortality Through a Samuel Beckett Play 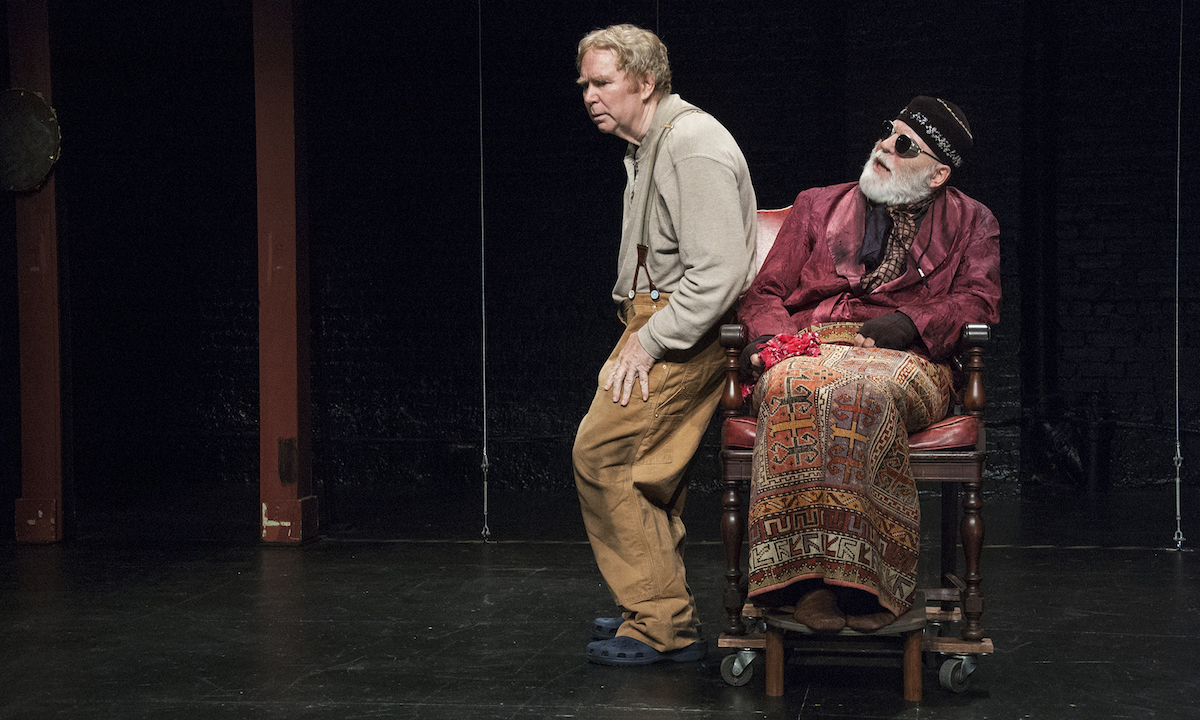 In 2012, veteran New York actors Chris Jones and Dan Moran staged an off-Broadway production of Samuel Beckett’s Endgame. The play, a black comedy about two aging and ailing men waiting for death, was written just a few years after Beckett’s mother died of Parkinson’s disease. Fittingly, Jones and Moran chose to perform the play while living with rapidly advancing Parkinson’s, and questioning whether they will have to retire from acting due to their condition. Their loss of control of their bodies and difficulty remembering lines makes working difficult, but it also means that their experiences chimed with the characters in Endgame in a way that was difficult for Jones and Moran to pass up.

Me to Play, a new documentary by Jim Bernfield, chronicles Jones and Moran’s journey from rehearsal to stage with empathy but little insight. We’re introduced to Jones and Moran, given some information on what Parkinson’s is, and we see the actors’ personal lives and their time in rehearsal. The concept of two actors who are grappling with their mortality playing two men who are doing the same lends itself to all sorts of creative conceits; the fact that they’re acting out a Beckett play leaves even more room for the idiosyncratic. Thus, I went into Me to Play expecting a formally inventive doc—and was presented with something all too familiar.

It’s hard to parse Bernfield’s intention with the project. Did he want to raise awareness of those living with Parkinson’s? Or showcase and preserve the work of these two skilled and smart actors? Despite his best efforts, he falls short of both. Bernfield attempts to help the viewer understand the condition through visual effects: in one scene, the edges of the screen blur to create a tunnel vision effect as one of the men walks down the street, but the result is more hokey than affecting. A mention of Michael J. Fox is one of the most interesting moments in the film: one of the actors’ wives notes how Fox has become the face of actors with Parkinson’s, and yet his ability to live a relatively comfortable life with the condition is dependent on a level of privilege that Jones and Moran don’t have.

Ultimately, Bernfield falls into the same trap that so many filmmakers telling stories about disability and illness succumb to: reducing his subjects to just their condition. We learn very little about who Jones and Moran are beyond their struggle with Parkinson’s, aside from when they briefly tell the stories of how they came to New York and started acting. Bernfield interviews their spouses, and shows a little of their home lives, but again, the questions are all centered around how trying it is to live with someone with Parkinson’s. Bernfield also seems more concerned with whether or not Moran will remember his lines on the big day than actually showing us the two men’s acting craft. I left the film having learned more about Parkinson’s than I did about Moran and Jones—and for a supposed tribute to their careers, that’s a real shame.

Me to Play screened at Slamdance Film Festival.