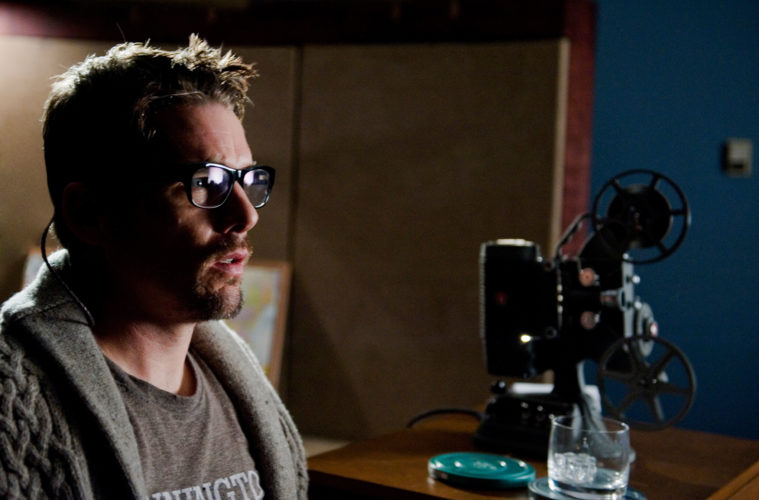 ‘Sinister,’ ‘Leatherface 3D,’ and ‘Safety Not Guaranteed’ Get Dated Looking ahead to the bright and not-so-distant future, BoxOfficeMojo has just informed us of some new and changed release dates. This time around, they’re for the Ethan Hawke-led Sinister, the upcoming Texas Chainsaw Massacre installment, Leatherface 3D, as well as Colin Trevorrow‘s Safety Not Guaranteed.

When it comes to Scott Derrickson‘s Sinister — which we got some images of last month — we can expect it on October 5th. (It was originally hitting theaters in August.) Hawke plays a crime novelist “struggling to find his next big story, moves his family into a house where the horrific murder of an entire family took place. But after finding a box of home videos in which other families are also brutally murdered, his investigation leads him to a supernatural entity that may be placing his own family in harm’s way.”

Leatherface was originally slated for Sinister‘s new date of October 5th, but Lionsgate has pushed things back to the chilly date of January 4th, 2013 spot. I could understand the appeal of having it be released in October with, you know, Halloween and all, but there’s nothing like seeing a horror movie in the dead of winter. Directed by John Luessenhop, Leatherface follows a young woman who goes to Texas to collect an inheritance, but “little does she know that an encounter with a chainsaw-yielding killer is part of the reward.”

And, finally, we have Safety Not Guaranteed, a comedy led by Aubrey Plaza and indie figurehead Mark Duplass, which has been set to open in theaters on June 8th, courtesy of Film District. It tells the story of “three magazine employees [as they] head out on an assignment to interview a guy who placed a classified ad seeking a companion for time travel.” We saw this one back at Sundance and weren’t too impressed, but our overpowering influence may not suppress whatever commercial appeal could lie in all of it.

How do you feel about any of these projects?