Shoplifters of the World Review: Helena Howard and Ellar Coltrane Embark on a Music-Filled Journey of Self-Discovery 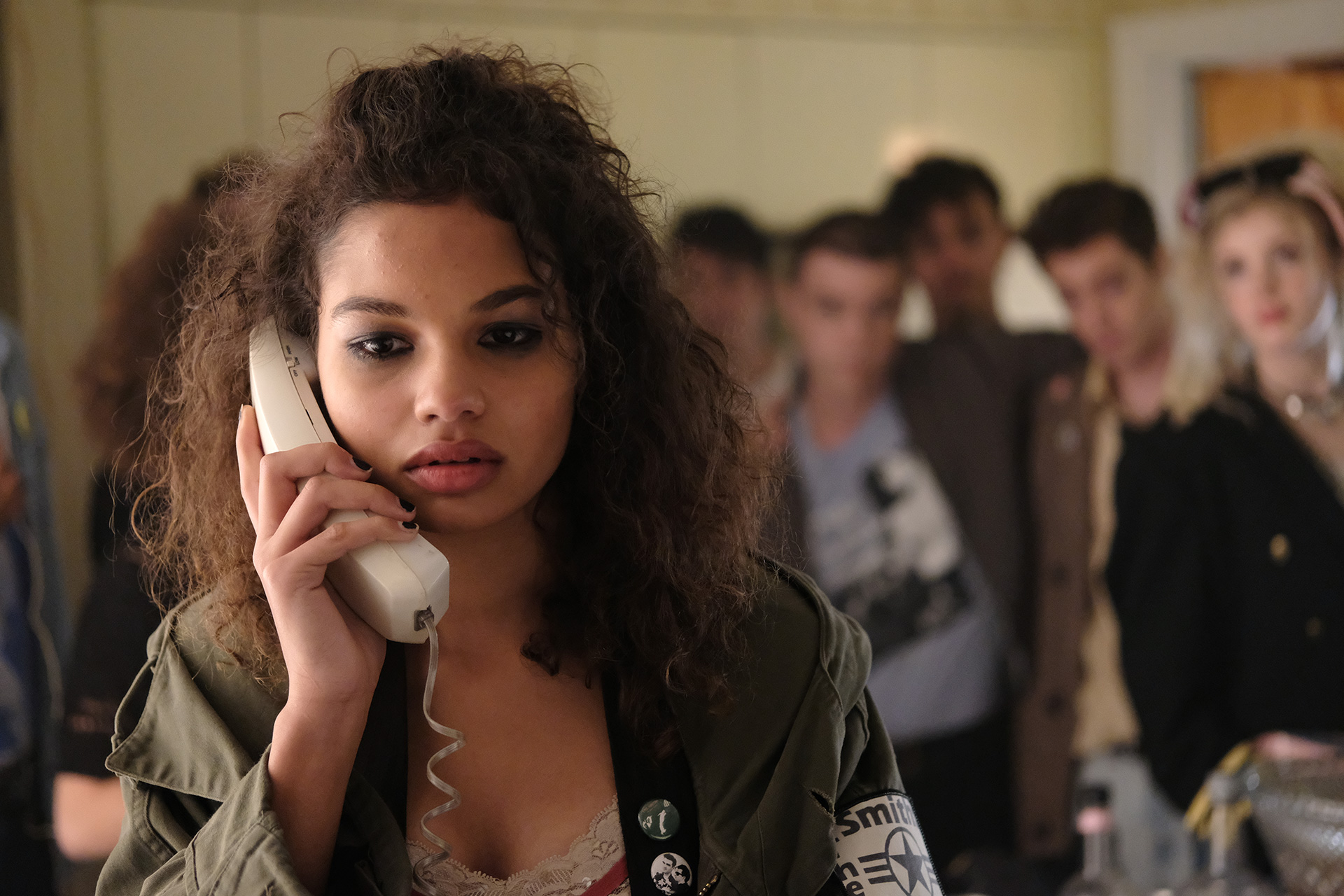 The Smiths are dead. That’s the news Cleo (Helena Howard) punctuates with a scream loud enough to wake everyone in Denver, Colorado but her own passed out drunk mother on the couch. So she drives to the one place she knows she’ll find a kindred spirit: the record store. Dean (Ellar Coltrane) is reading the news behind the counter as she walks in, the obvious air of depression looming above him before his boss (Thomas Lennon) stomps in to say that he needs to stop playing Morrissey and Marr’s music in memorialization since it’s always been too much of a downer. What he doesn’t realize that Cleo and Dean do, however, is that not everyone wants escapism from their art. Some seek an understanding that they aren’t alone.

That’s what this music gave a generation as its melodies became their home and saved their lives simply because it spoke to them without calling their emotional turmoil, sense of alienation, and general malaise out as unnatural. And now Cleo has to somehow forget that her heart has been shattered because this weekend is about more than just the end of a musical era for her. This night might also be the last time she and her best friends—her own personal Smiths—are ever together in the same place. Sheila (Elena Kampouris) is going to college out of town. Patrick (James Bloor) is about to leave for London. And Billy (Nick Krause) starts basic training on Monday. Perhaps such weighty upheaval wasn’t conducive to hollow celebration anyway.

The evening becomes more of a living wake instead as Stephen Kijak’s Shoplifters of the World (from a story by Lorianne Hall) leads them on a journey of self-discovery and unwavering love against a backdrop of the aforementioned band’s greatest hits. More than a soundtrack for our benefit, however, these songs are also being heard by the characters on-screen thanks to Dean’s hair-brained idea to hijack the local metal program on Kiss 101 by gunpoint to force “Full Metal” Mickey (Joe Manganiello) into playing nothing but their favorite jangle pop from Manchester. There he is pouring out his soul to a metalhead while Cleo and the others purposefully party hop in order to open their eyes upon what they truly want via a cathartic commencement towards adulthood.

There’s body dysmorphia, sexual fluidity, lust, camaraderie, and more as the freedom that comes with exiting high school allows these kids to stand-up for who they are even as they’re vilified for it. Because for every jock hurling homophobic slurs is a friend offering a protective arm of support or a previously deemed “weird” classmate turned equal who’s also coming into his/her own to lend a helping hand. No matter how hard the main quartet tries to tell the others that they’re doing ok, each is just as lost and uncertain as the next. Sheila knows Patrick is desperate to exit the closest despite being his girlfriend for years. Patrick knows Sheila is desperate for physical intimacy he can’t provide. And Cleo isn’t going to Paris.

And while Billy isn’t quite made for the army, he isn’t not made for it either. Here’s a guy whose parents are forcing him to be this traditional version of a “man” like his brother while his friends supply the room to test boundaries and discover what and who he wants and wants to be outside that stereotype. He’s probably the most interesting of the bunch because we truly don’t know where he’s going to land: he’ll punch a bully, kiss Cleo, and ride his emotional roller coaster into the arms of another man if the mood strikes. The Smiths’ music has suddenly dissolved a veil of conformity that none of them were fully cognizant of until the illusion of Morrissey’s group was threatened much like their own.

It’s the lyrics that hold them together rather than the unbreakable bond of four depressed Brits making it seem like theirs was unshakable too. Like Mickey tells Dean, the only thing certain when it comes to bands is the truth that they will inevitably betray their past. He says it as a negative (selling out, changing style, etc.), but the betrayal that Cleo and the others are conducting is the opposite. They’re betraying past compromises and obsolete dreams to discover that just because who they are today is vastly different than yesterday doesn’t mean that the relationships they built or actions they performed are somehow expired. Kijak’s film proves somewhat progressive in its depiction of 1980s teens that accept love’s malleability devoid of a single drop of jealousy.

He touches upon darkness where Dean’s feelings of isolation, Cleo’s disintegrating home life, and Sheila, Patrick, and Billy’s memories of being bullied are concerned, but it’s almost always in hindsight thanks to the reality that they have each other’s backs no matter what. Even Mickey joins in those sentiments with a recollection of his own heartbreak—The Smiths worming their way into his metal brain to acknowledge the similarities he and his captor share despite their disparate roads. Kijak even splices in archival interviews of Morrissey and Marr throughout while also injecting numerous lyrics as dialogue to make this less about one band’s fandom and more about humanity’s collective ability to find themselves emotionally attached to music in ways that transcend capitalist consumption for soul-bonding introspection.

The result is imperfect (the acting can be uneven outside of Howard’s innate talent to demand the undivided attention of everyone on-screen and off), but its messaging and execution is a lot more resonant than I expected going in—a less successful sibling to Blinded By the Light. My initial interest in watching mainly stemmed from the soundtrack (I’m a Smiths fan) and Dean’s criminal activities recalling Airheads, so I wasn’t therefore expecting to find a poignant riff on coming-of-age party films from the 90s (Can’t Hardly Wait and the like) that digs deeper into the collective psyche of teen angst without ignoring the impact of topics that have recently relinquished the taboo label that kept them unspoken back then (albeit superficially). It’s time the “freaks” took over.

Shoplifters of the World hits limited release, VOD, and Digital HD on March 26.