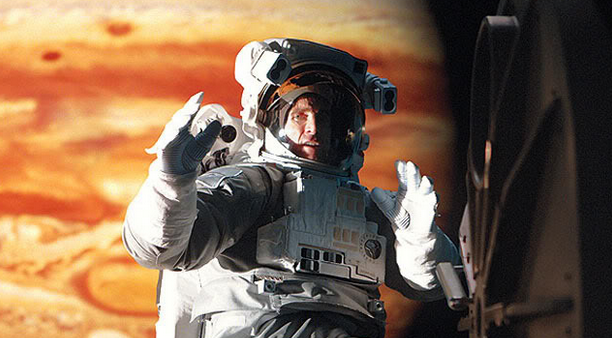 After launching his career in the sci-fi genre with District 9, Sharlto Copley is now returning for another adventure, but this time he’s going on a more extensive journey. We first reported on Europa Report, the Sebastián Cordero-directed sci-fi thriller over a year ago and after a first look earlier this year, the initial teaser and arrived.

Just over 30 seconds, this one won’t tell you much in terms of story, but we do know it follows a group of astronauts who make the arduous journey to Jupiter’s frigid, glacial moon Europa in search of extraterrestrial life. I’m certainly intrigued by the imagery in this teaser and perhaps it will do right where something like last year’s Apollo 18 did quite wrong. Check it out below for the film starring Michael Nyqvist (Dragon Tattoo, Ghotocol), Anamaria Marinca (4 Months, 3 Weeks, and 2 Days), Daniel Wu (The Man with the Iron Fists), Karolina Wydra (Crazy, Stupid, Love) and Christian Camargo (Breaking Dawn).

Expect a 2013 release for Europa Report.

What do you make of the first teaser?