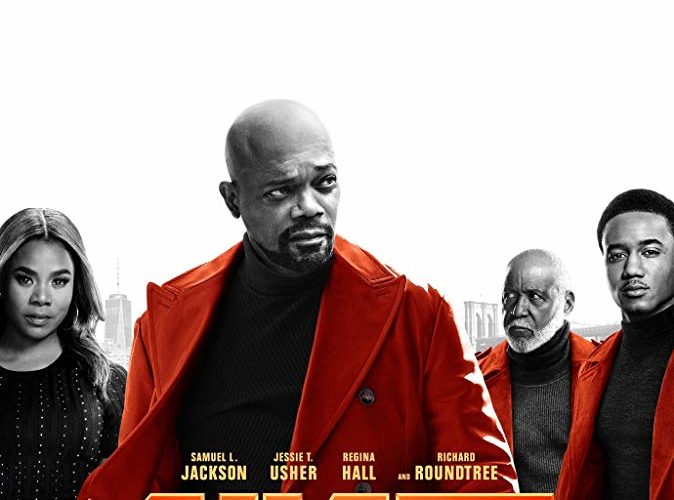 It’s no wonder Netflix is distributing the latest work in the Shaft cinematic universe internationally, skipping a theatrical release in many territories. Tim Story’s confusingly-named sequel is also a quasi-reboot that simultaneously ignores and acknowledges John Singleton’s 2000 film of the same name and feels very much like a long pilot for a cable series that’s been engineered by studio executives to appeal to multiple generations. While best-suited to be passively entertaining on a platform like Netflix, despite its retrograde ideas on race and masculinity, the film attempts to update a genre built on exploring the social ills of the time. Here, it’s the colorblind opioid crisis and domestic terrorism, yet it’s a wasted opportunity to explore more social trends within the context of Black Lives Matter. Perhaps that day will come if a studio decides to reboot Sweet Sweetback’s Baadasssss Song. (Dear Studio Executive: Don’t! You ruined SuperFly last summer. Wasn’t that enough?)

This new reboot or spin-off stars Jessie Usher as John “JJ” Shaft III, an MIT computer geek that lacks the street smarts and charm of his father, PI John Shaft II (Samuel L. Jackson). Raised by mother Maya (Regina Hall), JJ is uprooted from Harlem and raised well, sheltered from his father’s world. Rewriting Singleton’s film, Jackson’s Shaft the II in Story’s film is the son of John Shaft I (Richard Roundtree) rather than his nephew, but it doesn’t matter, and neither does the fact Roundtree is only seven years older than Jackson.

Despite its retrograde ideas, where Tim Story’s Shaft succeeds is that it understands character and attitude are somewhat more important than plot. The other sequel that opened this past weekend, the joyless Men In Black: International, wastes two charismatic stars in a plot focused on the aliens they’re chasing. Shaft missteps plenty but at least it lets Samuel L. Jackson fully be Samuel L. Jackson.

JJ is unfortunately sketched as a cardboard millennial, a talented FBI computer analyst working to figure out who killed his recovering drug addict pal Karim (Avan Jogia). This leads him to a dodgy part of Brooklyn where he’s able to connect enough dots to know he’s not going to be able to play this one by the book. Enter estranged father John Shaft II, a womanizing private dick that’s appalled at his son’s metrosexual behavior, including fully respecting a lifelong crush Sasha (Alexandra Shipp) who becomes caught up in the intrigue.

At the core of the story is a notorious drug dealer that got away and a new opioid crisis caused by far more sinister forces like Big Pharma, their lobbyists, and the mob profiting off the inner-city. Far more playful than Singleton’s harder-edged film, this iteration of Shaft dangerously veers into the territory of sitcom before pulling back into a banal action picture. It feels simultaneously modern yet far from original with a tired script by Kenya Barris (Black-Ish and Girls Trip) and Alex Barnow. Despite a few laughs, it’s a film that panders to a general audience with the funky musical score of a blaxploitation flick but none of the heart, spirit, or outrage.

Shaft is now in wide release.