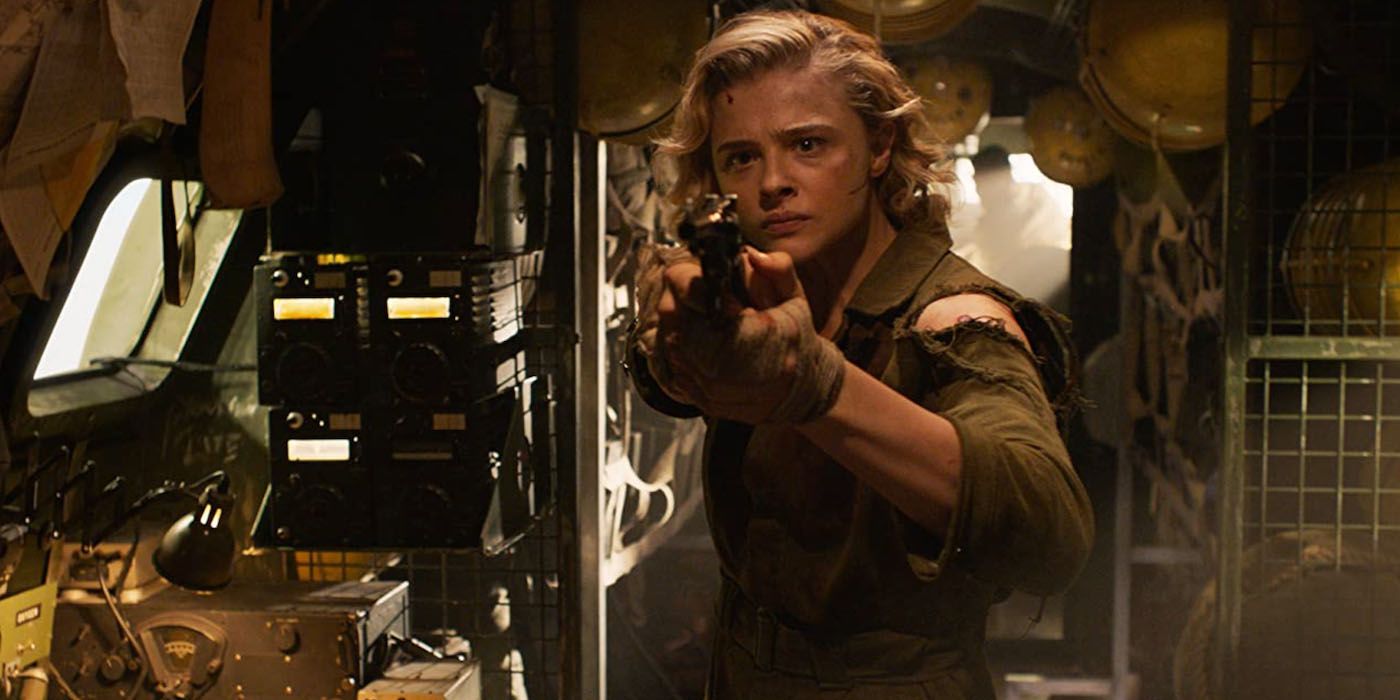 Following a TIFF premiere this fall, Vertical Entertainment has unveiled the first trailer for their action-horror flick Shadow in the Cloud, directed and written by Roseanne Liang. Set for a release on New Year’s Day, the genre-bending WWII is led by Chloë Grace Moretz and originally co-written by the disgraced Max Landis, who was accused of sexual assault, and has since been rewritten by Liang.

In the film, Maude Garret (Moretz) has been given a vital mission to protect a package with her life. She boards a WWII cargo plane set to travel from Auckland to Samoa with an all male crew, who are quick to denigrate her on the basis of her gender. What they do not suspect is a creepy monster on board their aircraft, forcing the crew to work together to survive.

Jared Mobarak in his review for the site found issues with the film noting, “This is where the suspense gets thrown out the window for me due to the back half of the film becoming a game of roulette at breakneck speed with disparate genre tropes serving as numbers on the wheel. Physics, plausibility (what there was considering a gremlin is wreaking havoc), and stakes disappear too as Maude becomes the living embodiment of “by any means necessary” thanks to set pieces that would make Tom Cruise blush if the green screen edges weren’t so obvious. While the camerawork makes up for a lot of the budgetary constraints and the gremlin does look pretty cool when it’s not forced to physically interact with the actors, the escalation of danger can’t escape the reality that it becomes too much to take seriously.”

Shadow in the Cloud will be released January 1.