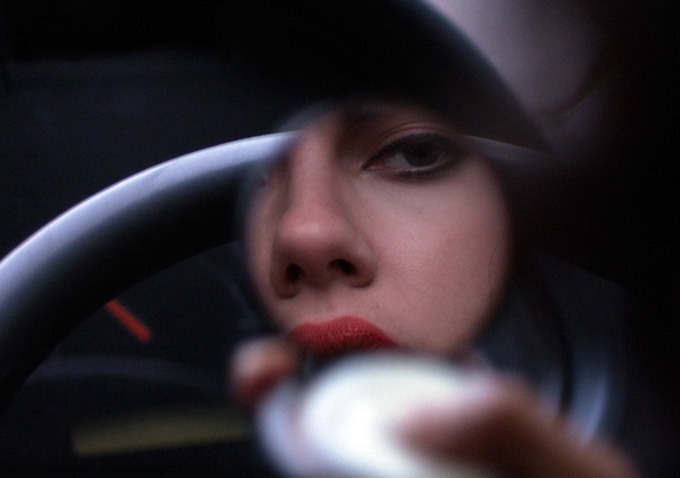 While this summer saw a wide array of alien-packed features, the fall film festival slate brings a particular, peculiar one that clearly stands above the pack. Director Jonathan Glazer, returning after Sexy Beast and Birth, recently debuted his long-awaited third feature Under the Skin at Venice Film Festival and ahead of a Toronto debut, the first teaser has arrived.

Featuring Scarlett Johansson as an alien who is sent to seduce and abduct human males, this cryptic teaser featuring a collection of brief clips, is a enticing short work that has us quite intrigued. The film also received mostly strong reviews out of Venice, with HitFix saying it’s “a near-masterpiece” and praising our “mesmerizing” lead performance. Check it out below via The Guardian along with a director’s statement.

In search of loners, Laura (Scarlett Johansson) drives around the exquisitely moody landscapes of the Scottish highlands. She’s an alien, sent from afar and equipped with enough human language and awesome seductive power to capture, destroy and presumably send home human males. And then, her curiosity about her human body and an accidental act of pity disrupt her mission: talk about lost in translation! Jonathan Glazer, known for his brilliant music videos and SEXY BEAST, and cowriter Walter Campbell adapt Michael Faber’s acclaimed novel to create a surprisingly layered tale. UNDER THE SKIN begins like an effectively creepy sci-fi horror film, but soon deepens into a lyrical evocation of solitude and estrangement and a mournful lament for ephemeral earthly beauty.The photography by Daniel Landin is richly atmospheric, and Mica Levi’s musical themes provide an ominous depth.

Under the Skin doesn’t have U.S. distribution yet, but will likely arrive in 2014.