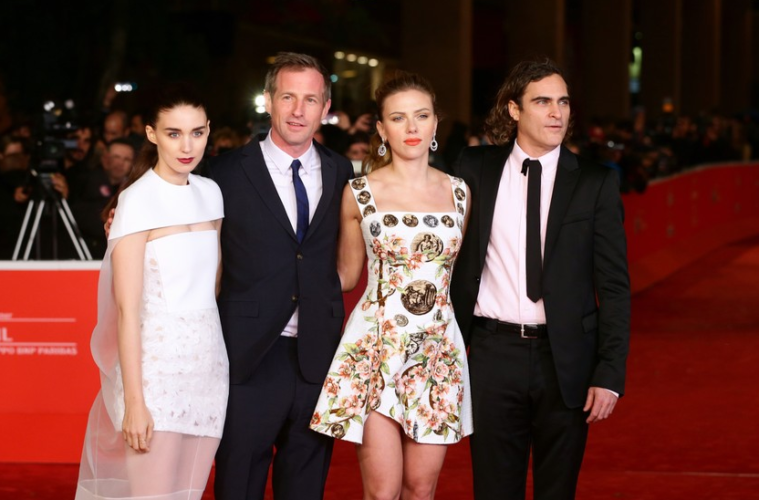 “Her is very much a woman’s picture, unquestionably starting first and foremost with Scarlett Johansson’s disembodied rendition of Samantha — which, for both the gravity afforded to Joaquin Phoenix’s work and weight of its own breadth, could, in time, prove to be one of the greatest voice performances ever heard,” we remarked in our review of Spike Jonze‘s latest film. In an awards race often marked with predictability, it would certainly stir things up if an unconventional performance like this one were to go noticed and we’re off to a good start.

Following a screening at Rome Film Festival, Johansson picked up her first honors of the season, taking a Best Actress award for her voice-only performance as Samantha, the computer operating system that Phoenix’s character falls for. In other awards from the Italian ceremony, Matthew McConaughey took home Best Actor for Dallas Buyers Club, while Alberto Fasulo‘s documentary Tir, following a Bosnian man who becomes a truck driver, was awarded the top prize of Best Film. Check out the full list of winners below, along with a new behind-the-scenes still from Jonze’s film, which opens in limited release next month.

Award for Emerging Actor or Actress: the entire cast of Gass (Acrid)

Award for Best Screenplay: Tayfun Pirselimoğlu for Ben o değilim (I Am Not Him)

The CinemaXXI International Jury chaired by Larry Clark and composed of Ashim Ahluwalia, Yuri Ancarani, Laila Pakalnina, and Michael Wahrmann, assigned the following awards to the films in the CinemaXXI competition:

Taodue Golden Camera Award for Best First/Second Film: Out of the Furnace by Scott Cooper

Relying on an electronic system, the Festival enabled the participation of the audience in choosing the winner of the BNL Audience Award for Best Film. The films competing for this award were those in Competition. The audience awarded the: