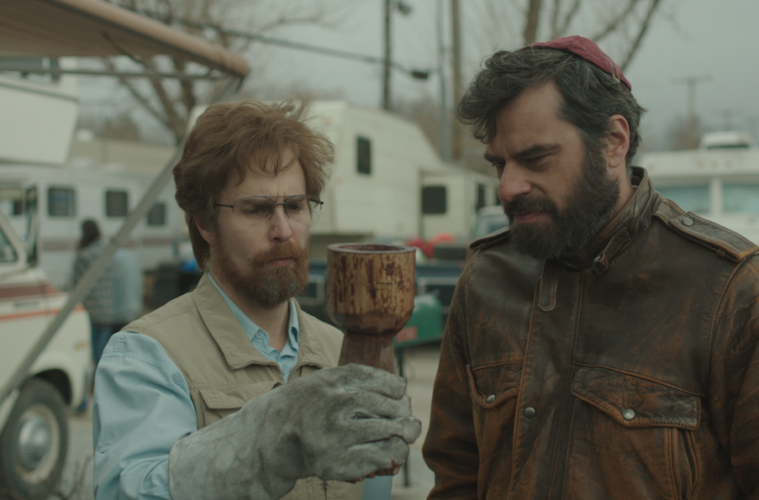 Even though his comedy Masterminds was delayed due to Relativity Media’s bankruptcy struggles, we’ll still see a new film from Napoleon Dynamite director Jared Hess this year. After premiering at Sundance, Don Verdean, which boasts the great cast of Sam Rockwell, Amy Ryan, Jemaine Clement, Danny McBride, and Will Forte, will open in December and the first trailer has landed today.

We said in our review, “Halfway through the film the script begins to go through the motions. Once Verdean makes a surprising decision, the rest of it is followed by an expected narrative. A comedy should be surprising, which, after the first act, Don Verdean is not. While Hess hasn’t made a good films in years, he’s not without his talent. There are some nice visual gags in the movie, especially a locked-off shot of Boaz dancing. This is unquestionably superior to Gentleman Broncos, and while that’s no major feat, it’s good to see Hess has improved since his last effort. Don Verdean comes close at times to make this a comeback for Hess, but it’s stopped short by some flat gags, an uninspiring arc, and a mostly sluggish pace.”

Check out the trailer and poster below, along with a clip.

Don Verdean is a man of faith who has devoted his life to biblical archaeology, scouring the globe in search of artifacts that back up the teachings of Jesus Christ. Now, traveling from town to town, he and his devoted assistant, Carol, spread the gospel by peddling books and DVDs out of his shabby RV, while his Holy Land contacts, Boaz and Shem, do the digging from afar. When evangelical preacher Tony Lazarus offers to bankroll Don’s modest roadside operation, the escalating pressure to find increasingly significant relics leads Don and his team down a less-than-righteous path. With more than just the word of God on the line, Don finds himself in the midst of a spiteful feud between two opposing congregations, leaving him to question what is truly important in life.