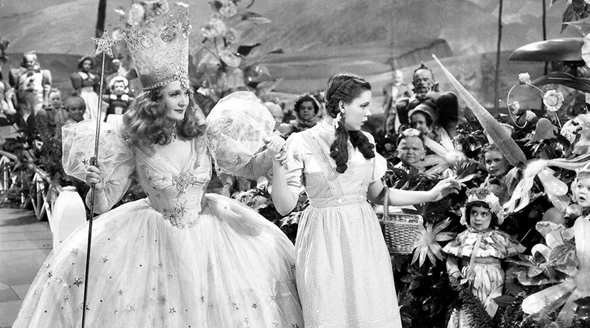 Sam Raimi’s ‘Oz: The Great And Powerful’ Will Have B&W Scenes Similar to ‘Wizard’ With 2012 just kicking off and a full year of films ahead, it could be considered too early to anticipate movies coming out in 2013. But when you get a director like Sam Raimi and a classic like The Wizard of Oz, anticipation only makes sense. After following Oz: The Great and Powerful for upwards of a year, we’re getting new developments on the film’s similarity to the 1939 classic. In a recent interview, Joey King revealed that the film will begin — and most likely end — in black and white similar to the original. [/Film]

King was interviewed by TeenSpot (via Comic Book Movie) and said the following about the project.

We’re doing the same thing as the first Wizard of Oz, we’re making it black and white in the beginning and then (it goes) colorful when we enter the Land of Oz. It’s also going to be a 3D movie; I’m so excited about that. It’s going to add a whole new level to the awesomeness of Oz.

James Franco will play the powerful Oz, with Mila Kunis, Michelle Williams and Rachel Weisz playing the Witches. Here’s the official synopsis below.

Oz The Great and Powerful imagines the origins of L. Frank Baum’s beloved character, the Wizard of Oz. When Oscar Diggs (James Franco), a small-time circus magician with dubious ethics, is hurled away from dusty Kansas to the vibrant Land of Oz, he thinks he’s hit the jackpot—fame and fortune are his for the taking—that is until he meets three witches, Theodora (Mila Kunis), Evanora (Rachel Weisz) and Glinda (Michelle Williams), who are not convinced he is the great wizard everyone’s been expecting. Reluctantly drawn into the epic problems facing the Land of Oz and its inhabitants, Oscar must find out who is good and who is evil before it is too late. Putting his magical arts to use through illusion, ingenuity—and even a bit of wizardry—Oscar transforms himself not only into the great and powerful Wizard of Oz but into a better man as well.

What do you think of Raimi adding the black and white scenes?