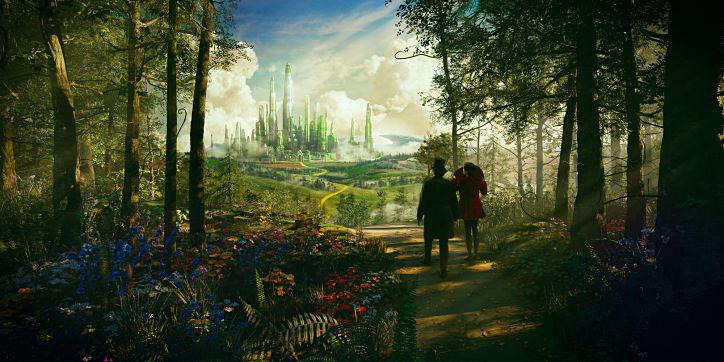 Before Oz the Great and Powerful and before Spider-Man 4 got scrapped, Sam Raimi had his eyes set on a feature film adaptation of Blizzard’s uber-popular MMORPG The World of Warcraft. With only Saving Private Ryan writer Robert Rodat signed to script the project, mum was mostly the word for the past three years or so. With the director now coming out of the woodwork, we now have an update — but it likely won’t please fans of the Evil Dead helmer.

Out of Comic-Con, Crave talked with the director who admitted, “Actually, they [Blizzard] don’t have me directing World of Warcraft anymore because when I took the Oz job, they had to move on to another director. They had to start making it.” That last bit is odd, considering we haven’t had a single update on the project in years. Despite it seemingly being in a standstill, Raimi did go on and get busy with his Oz film and following the trailer, Disney has released six gorgeous new stills. They give us a great sense of the detailed, lush world that’s been created, and I especially like the depth of field he has formed with this fantasy adventure. Check them out above and below.