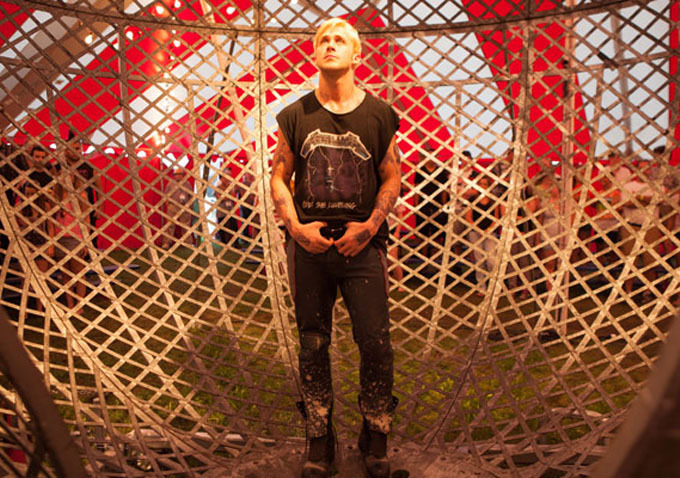 Although the story of Oscar Pistorius is far from over, in an unsurprising fashion Hollywood reportedly already has its sights set on a biopic featuring the South African Olympic runner. For those unfamiliar with the story, the athlete, whose legs where amputated when he was 11 months old, was charged with the murder of his 29-year-old girlfriend, Reeva Steenkamp, last month and is awaiting another court hearing this June.

According to The Daily Mail, a studio is currently developing not one, but two potential scripts chronicling the events and stars are already being approached for key roles. According to unnamed sources, Ryan Gosling is being sought after for the Pistorius role, while Charlize Theron (who was born in South Africa) is eyed for the Steenkamp part. Sources say that scripts “began doing the rounds within days of the scandal breaking,” and that we should get an announcement from a major studio soon.

As for Gosling’s recent self-proclaimed acting hiatus, the source says, “executives will be falling over themselves to woo him once the scripts are finalized.” Considering he has his directorial debut to shoot this year with How To Catch A Monster, chances are the actor will be quite busy, and with Pistorius’ story far from over, we wouldn’t expect any movement on this one for some time.

In the meantime, Gosling’s next drama, The Place Beyond the Pines, lands in theaters this Friday and Focus Features have released the complete soundtrack, which hits today, from the Derek Cianfrance-directed film. Scored by Faith No More‘s Mike Patton, there’s also tracks featuring Bon Iver, Ennio Morricone and Arvo Pärt, and one can listen to it below via Spotify.

Can you see Gosling and Theron in these roles? What do you think of the Pines score?