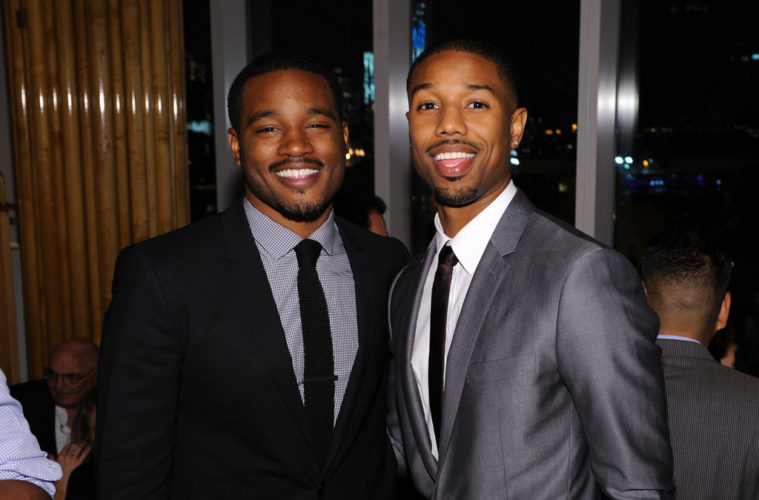 The most unexpected, eyebrow-raising film news of the week involves, of all people, the helmer-actor pairing behind Fruitvale Station. As their fact-based drama only begins a (thus far) healthy run at the box office and accrues some awards buzz, Deadline are reporting that Ryan Coogler and Michael B. Jordan are being locked, by MGM, to (respectively) direct and headline Creed, a Rocky spin-off that will focus on the rising boxing career of Apollo Creed’s grandson. (I made the same bemused expression after reading it, myself.) The Chronicle star is not the only cast member locked in, though — because when you’re making a movie about Apollo Creed, one well-known old-timer must be thrown into the mix.

So, yes, Sylvester Stallone is returning to the character which launched his career, the Italian Stallion now a retired boxer who’s thrown back into business by showing a young fighter the ropes. Apollo’s grandson comes from a more affluent place, what with his forefather’s career still bringing in royalties; although nothing about a personal situation would suggest the need to box — and the vocal hesitations of his own family serve as deterrents of their own — the boy has “the natural instinct and gifts and potential that made his grandfather the heavyweight champion.” With some necessary convincing, a generational gap is crossed as one helps the other to reach the top.

If it all sounds like a wrong-headed cash grab by MGM and Stallone, know that Creed is something Coogler‘s wanted to make for some time. While yours truly would be content to let Rocky Balboa — a very strong piece of work, and easily the second-best film to feature the character — mark the end of that eponymous Philadelphia hero, a successful zigzag into something of different manner could be worth exploring. And, when put in a series that includes Rocky V, you can never really be the worst.

Irwin Winkler and Robert Chartoff will maintain the decades-long tradition by sticking to producing roles, joined by Stallone and Kevin King.

What do you think of the idea? Could Coogler and Jordan be a proper fit?