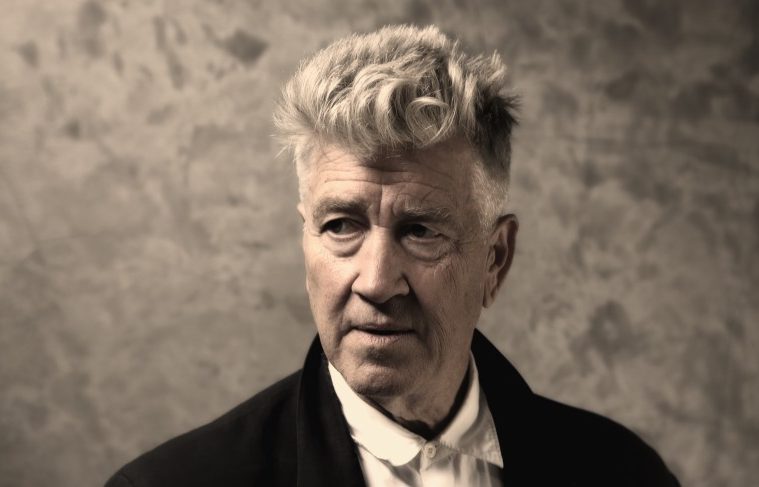 ‘Room to Dream’ Cracks Open David Lynch’s Mind, In His Own Words

Recently and under the influence of alcohol, a shall-go-unnamed collaborator of David Lynch’s confided in me a telling detail: true though he is to himself as both an artist and human being, the Lynch persona is curated — not fake, per se, but cultivated to further his success and maintain much-desired privacy. That I’m even bothering to share this is proof enough of the former, and perhaps whatever interest it yields would account for the latter. We can picture (and certainly hear) the man at the snap of a finger, but does that familiarity make him easier to approach? Or is there only an air of intimidation surrounding anyone who’s grown mythic? I think you can answer that for yourself. Still, could all be a case of repeating — perpetuating — an outsider’s mischaracterization. Maybe I’ve got their phrasing off. It could be that my memory’s slipped entirely. Because that’s what happens: people act, stories of the acts get told, time and recollection shape these stories, and you’re lucky to get half of any of this down by the time sharing it proves useful. Should that ever be the case.

Which is to admit I’ve already (or potentially) contributed further to the “lot of bullshit” Lynch wishes to counter in Room to Dream, a new, blow-by-blow memoir written alongside journalist, critic, and friend Kristine McKenna. And not necessarily with or by: in the realms of biography and autobiography, it is both and neither.

Its two-pronged, inventive approach begins with a half-chapter of reporting by McKenna, meshing previously published texts and new interviews with friends, family, colleagues, lovers — almost unanimously spinning the image of a kind, energetic, creative figure — to chronologically trace a man’s life. Fellow auto-didacts in Lynch studies will find that new details abound, its author’s intimate familiarity with the corpus shining through and proving no small benefit; even this aficionado learned of side projects on which little light is shone, never-before-discussed (and not necessarily abandoned) efforts among them. (Take this summary of a script for which he couldn’t find financing several years ago: “Set mostly in Los Angeles, Antelope Don’t Run No More braids threads from Mulholland Drive and INLAND EMPIRE into a narrative fantasia that incorporates space aliens, talking animals, and a beleaguered musician named Pinky; it’s impressed everyone who’s read it as one of the best scripts Lynch has ever written.”) It is more or less whenever those don’t emerge that Room to Dream can ring light, like a staking of familiar ground — though “the art life” in Philadelphia, the creation of Twin Peaks, and the resurrection of Mulholland are necessary to a comprehensive consideration, it is more or less immediately clear that a book with only this path would’ve been a stronger-than-standard effort that goes in a pile of biographical sketches.

And then, at each chapter’s second half, Lynch appears. Responding to McKenna’s call, the artist engages in a combination of ghostwriting and direct application; per Penguin, he’d “rewrote numerous times” transcriptions of his interviews with the co-author. It’s a neat realization of what “Lynchian memoir” suggests, marked by a logical prose extension of the dorky, peachy-keen tone he’s been working (self-consciously or not) for decades. What press materials have positioned as a dialogue with those from his past, and in reality, to my great pleasure, divert from any clear narrative path. Think of your favorite comedic, horrific, even exhausting scenes from the Lynch canon, their effects on and places within a grander narrative scheme, apply that concept to the autobiography, and Room to Dream‘s shape might start to present itself sight unseen. Notes on the progression of life and career aside, his co-author’s dutiful reporting and insights are often elided wholly for digressions such as, to name a few: sharing a cigar with George Burns and a pontification of his, at 100, apparently untimely death; meetings with a hungry, charming-ish Marlon Brando; his first time masturbating (“And all of a sudden this feeling — I thought, Where is this feeling coming from? Whoa!”); speaking to Fellini days before the legend’s passing; adventures of the youthful troublemaker; and the continued effects of Twin Peaks‘ third season on both his sleeping habits and marriage. (While it’s worth noting the, let’s say, dalliance with 9/11 conspiracy theories, ultimately the less said, the better.)

The rhythm between one writer and another quickly grows comfortable: and-then-this-happened / yes-this-happened-but-also-I-once-had-a-great-milkshake. What any fan seeks from Room to Dream will likely be provided, at least in stops and starts — it’s thorough enough with anecdote, digression, confirmation, and refutation alike to have, essentially, something for everyone. Lynch and his bullshit-clearing hopes probably among them. If there can nevertheless persist a desire for more, the otherwise effective use of so many voices and perspectives to tell one man’s life would imply this complaint is largely an obsessive’s desire. A 512-page book (not counting endnotes; be sure to read through them, up to the very last page) complemented by rare photographs and handwritten chapter titles is one thing — a lot of things all at once, actually. It need not be our age’s exact answer to Autobiography of Mark Twain. Even David Lynch can’t cover every piece of his life’s experience, and I’ll let you deduce how much space is devoted to his explications of what the art means.

Working off recollection and the occasional notes, I’d initially suspected that little strife exists between Room to Dream‘s covers. It’s a troubling, potentially grave feature, all the more so for how it might throw into doubt the veracity of what, at its heart, has such potential to prove a dubious idea: more than an approved project, this could’ve been as clear a recent example of pubic figures forcing their hand onto their own narrative. So what’s chilling is that the largely genial vision largely emerges from others — awestruck, loving voices who are seeing him through their eyes, from the outside. Even a cursory flip-through shows a lot of darkness seeping into Lynch’s recollections. The man who devoted an entire other book to the totalizing force of Transcendental Meditation’s healing properties — a book revealed herein to be, judging by some phrasing, less of his creation than we’ve long been told — broaches fear, anger, depression, and exhaustion as often as any other topic.

Failure, too. Have you wondered how a figure reportedly so sanguine and kind ends up married four times? One woman after another will tell you a similar story — guess — that Lynch won’t refute, yet their contemporaneous testaments are fueled by love. How? An outsider couldn’t answer that, and ex-spouses themselves can struggle to articulate his way of moving through the world. But an answer might lie in the voice to which we keep returning: hagiographic as I sound, it’s impossible to imagine one taking nothing from David Lynch’s company, camaraderie, and kindness — his palpable desire that everyone have the best.

Room to Dream will not answer every question you have, nor does it scan as a last will and testament. It settles for a kind of enlightened restlessness, the book’s poignant-but-unsettled final passages telling us there’s always something to make, someone to hear — work to do. I’m grateful that Lynch and McKenna feel this text earned their devotion.

Jetting us from verbal to visual is the recently published Nudes, a straightforwardly titled, per its hand-written epigraph, “Photographs of Nudes taken in Los Angeles CA. Lodz Poland and one other place.” Open the book and, yes, those are nude women, all right — all unidentified, often faceless, perpetually nude women whose bodies have been given the Lynchian treatment of obscuring shadow, revealing light, and the occasional smoke effect.

The one photo that doesn’t contain human flesh is a plume of smoke before a harshly lit couch. Visions of INLAND EMPIRE? That film can occupy quite a place in my mind, but still the connection is tenable: comprising numerous photos originally featured in his 2007 exhibition David Lynch, The Air is on Fire, Nudes arrives via the Fondation Cartier pour l’art contemporain in a very large, strongly ink-scented collection that fits handsomely on my coffee table and neither vertically nor horizontally on any of the nearby shelves. There’s thus the temptation to deem it for-devotees-only, which is fair in light of its price and direct content, inconsiderate of its accessiblity. The photographer’s own comment (at the risk of putting extended faith in press releases) is porbably our best signal of intent: “I like to photograph naked women. The infinite variety of the human body is fascinating: it is amazing and magic to see how different women are.”

Which, granted, sounds not so unlike a photography major’s rehearsed line to the girl he’s had an eye on. But this is hardly David Lynch’s descent into the style of Terry Richardson; it’s rather easy to imagine the latter (to say nothing of that student) finding themselves bored. If you have been fascinated, even perturbed, by his camera’s interactions with the opposite sex, Nudes will make a valuable contribution to studies — more than a few spreads recall wordless passages from films’ particularly dreamlike scenarios. It’s more alien than titillating, simultaneously those at its most intriguing turns. You’d be hard-pressed to recognize it as the art of anyone else. Isn’t that half the idea of David Lynch, anyway?

Room to Dream arrives on June 19 and Nudes is now available.