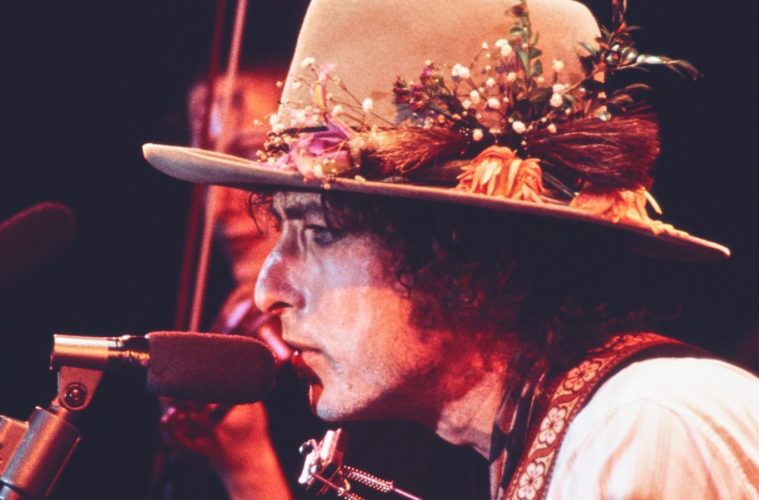 Before Martin Scorsese’s major Netflix release The Irishman this fall, a preamble has arrived in the form of another documentary centering on Bob Dylan. Don’t expect something kin with his more strait-laced (and excellent all the same) No Direction Home as Rolling Thunder Revue is described as “part documentary, part concert film, part fever dream” that “captures the troubled spirit of America in 1975″ and earns the designation of “story” rather than “portrait” or some such.

Appearing in one of his only interviews this decade, Dylan will be joined by many other familiar faces (including Joan Baez, Rubin “Hurricane” Carter, Sam Shepard, and Allen Ginsberg) in what should be another epic outing for the director, clocking in at nearly 2.5 hours–though still a full hour shorter than his last Dylan film.

Setting out across a 1975 America exhausted politically, economically and socially, a busload of musicians—assembled by Bob Dylan—hits the road in search of new creative horizons. The resulting tour, the Rolling Thunder Revue, would reveal a Dylan rarely seen: playful, mask-wearing, intense, expansive, rejuvenated. Masterfully capturing both an icon and a nation in transition, director Martin Scorsese tells the tale using footage that was abandoned for decades, now gorgeously restored, taking viewers into the heart of a freewheeling, electrifying musical gamble. Inspired by Dylan’s own restless spirit, Scorsese performs some breathtaking sleight of hand, summoning nostalgic fantasists, boxers, magicians, starlets and testifiers of all stripes, and exploding the boundaries of what makes a conventional documentary.

An essential piece of mythic storytelling, Scorsese’s chronicle features Joan Baez, Rubin “Hurricane” Carter, Sam Shepard, Allen Ginsberg and, giving his first on-camera interview in a decade, Bob Dylan. ROLLING THUNDER REVUE: A BOB DYLAN STORY BY MARTIN SCORSESE vibrates with the promise of America, a then-200-year-old experiment in a state of flux. The film goes beyond mere reclamation of some of the most extraordinary music of Dylan’s career—it’s a roadmap into the wild country of artistic self-reinvention.

Every one of Bob Dylan’s performances in the film can be found in the forthcoming box set, Bob Dylan – Rolling Thunder Revue: The 1975 Live Recordings, a comprehensive anthology of music from the tour to be released June 7 as a companion piece to the film. This 14CD, 148-track collection from Columbia Records and Legacy Recordings includes all five of Dylan’s full sets from that tour that were professionally recorded, and also provides the listener with an intimate insider’s seat for recently unearthed tour rehearsals at New York’s S.I.R. studios.