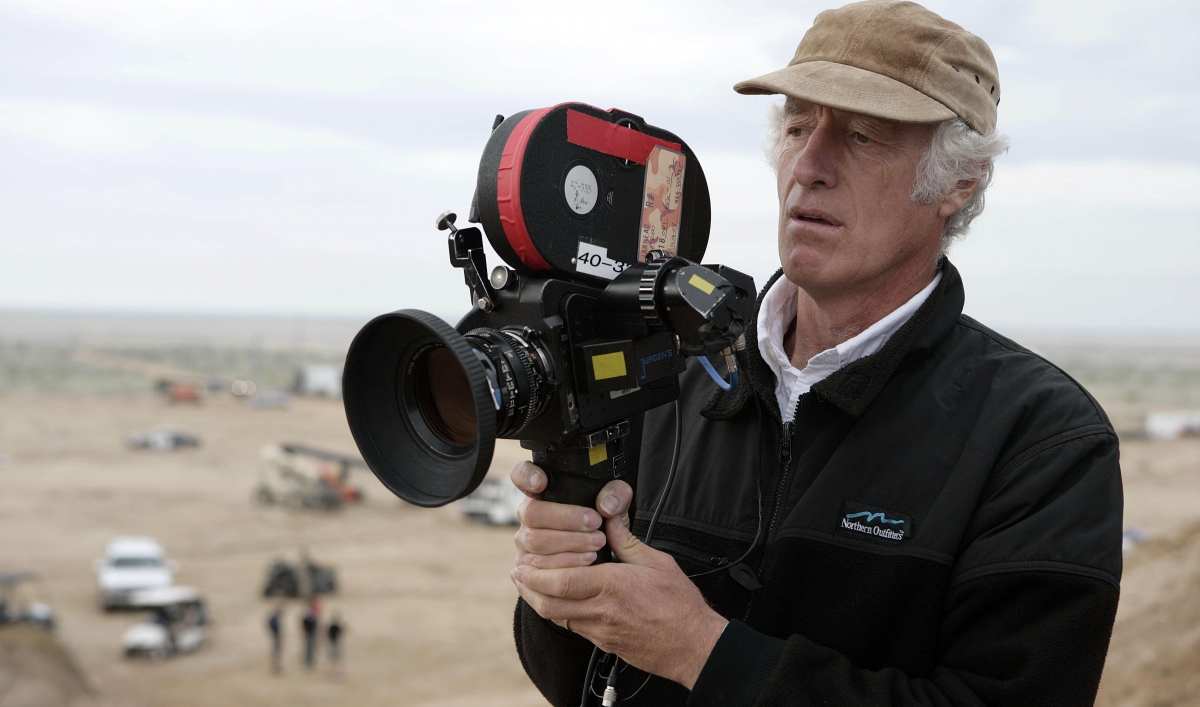 With those in the film industry having more time on their hands due to productions being suspended, a handful of people are not simply just binging The Criterion Channel but also launching new projects. Legendary cinematographer Roger Deakins, who has kept up communication by doling out knowledge on his own forum for many years, has now launched his own podcast.

Titled Team Deakins, it’s certainly not the only podcast launched during the pandemic, but for budding filmmakers, it’s a vital new resource to learn from the master. Joined by his wife and collaborator James Deakins, as well as other special guests, so far they’ve covered location scouting, practical lighting, composition, the transition from film to digital, and more.

“We have been doing our website (rogerdeakins.com) for years now and love connecting with people who are starting out and sharing our experience with them. Over the years, we have done many Q&As and, afterwards, answered individual questions and realized that we often answer the same questions,” James Deakins told Collider.

She continued, “So the idea of a podcast came to me late last year and Roger thought it would be something interesting. I didn’t really get a chance to start moving forward until January and then the shelter in place time took away any excuses I could have used to put it off! It has meant a huge amount of learning for me since I know visuals but sound was a new area for me. Once we started making the episodes, it just grew. We have so many ideas for episodes now and are being joined by people in different areas of the craft. We find ourselves continually coming back to the collaborative nature of the film business and this makes us want to delve into all the areas of making a film. We also discovered that having a young cinematographer, Matt Wyman, join us in this really added to the podcast and its relevance.”

Listen to the podcast on iTunes or we’ve embedded the first six below via Spotify.