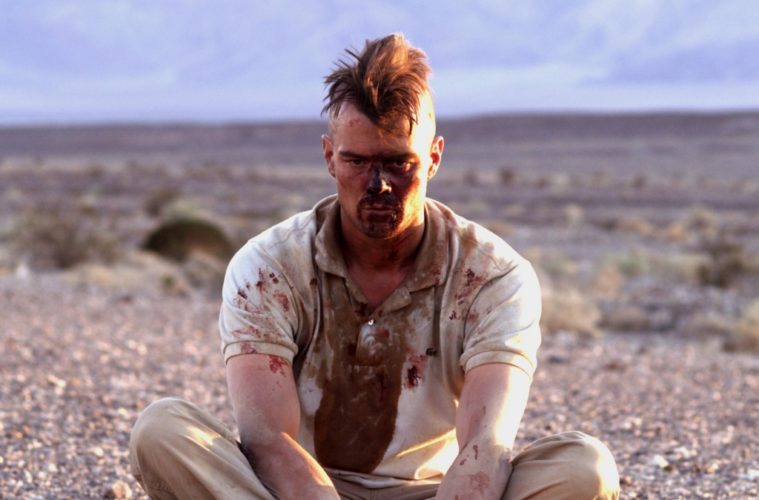 Regardless of how the final product turns out, it’s always exciting when actors step outside their comfort zone. We’ve got a prime example with an upcoming project, featuring a bloody, mohawk-equipped Josh Duhamel (perhaps best known for his romantic comedies and the Transformers series) alongside comedy actor Dan Fogler (Take Me Home Tonight, Good Luck Chuck).

Scenic Route marks the directorial debut of commercial helmers Kevin and Michael Goetz and features two life-long friends who head out on a road trip that turns disastrous. Initially debuting at South by Southwest Film Festival, we’ve got the full-length trailer today, following a teaser for the film written by The Beaver‘s Kyle Killen. While it’s quite a spoilery look (perhaps just watch the first minute or so), it does get us intrigued. Check it out below.

Mitchell (Josh Duhamel) and Carter (Dan Fogler), life-long friends who have drifted apart, are on a road trip when their old pickup breaks down, leaving them stranded on an isolated desert road. Nobody can pick apart a man like his best friend, and as the relentless elements of the desert grind them down, they start to attack each other’s life decisions with unwavering brutality. As they question who they are and who they could have been, their agitation leads to physical confrontation and ultimately knife-wielding madness, and what begins as an inconvenience becomes a very real life or death struggle.