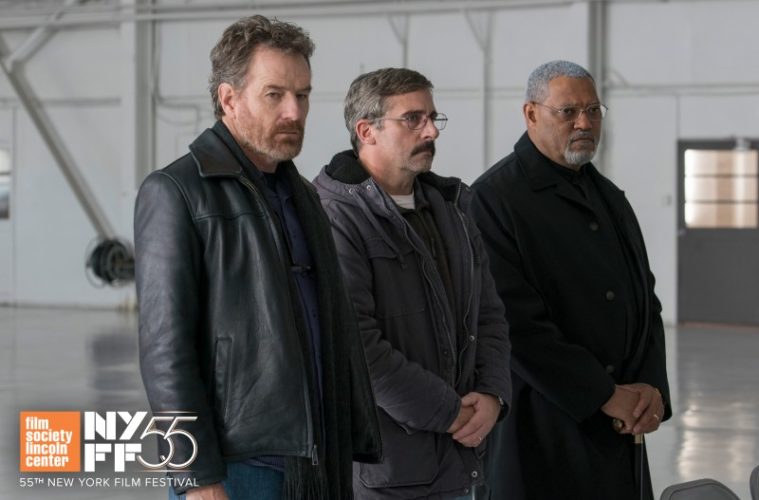 With Cannes having wrapped up last month (see our favorites), our first glimpse at the fall festival slate has arrived. The New York Film Festival, now in its 55th edition, have announced their opening-night film, and it’s among our most-anticipated of the year: Richard Linklater’s Last Flag Flying.

After kicking off the festival on September 28, the drama (starring Steven Carell, Bryan Cranston, and Laurence Fishburne) will hit theaters on November 17, 2017 via Amazon Studios. Check out the official synopsis from NYFF below.

In Richard Linklater’s lyrical road movie, as funny as it is heartbreaking, three aging Vietnam-era Navy vets—soft-spoken Doc (Steve Carell), unhinged and unfiltered Sal (Bryan Cranston), and quietly measured Mueller (Laurence Fishburne)—reunite to perform a sacred task: the proper burial of Doc’s only child, who has been killed in the early days of the Iraqi Invasion. As this trio of old friends makes its way up the Eastern seaboard, Linklater gives us a rich rendering of friendship, a grand mosaic of common life in the USA during the Bush era, and a striking meditation on the passage of time and the nature of truth. To put it simply, Last Flag Flying is a great movie from one of America’s finest filmmakers.

“Last Flag Flying is many things at once—infectiously funny, quietly shattering, celebratory, mournful, meditative, intimate, expansive, vastly entertaining, and all-American in the very best sense,” says NYFF Director and Selection Committee Chair Kent Jones. “But to isolate its individual qualities is to set aside the most important and precious fact about this movie: that it all flows like a river. That’s only possible with remarkable artists like Steve Carell, Laurence Fishburne, and Bryan Cranston, and a master like Richard Linklater behind the camera.”

Passes and packages for NYFF 2017 are now available.