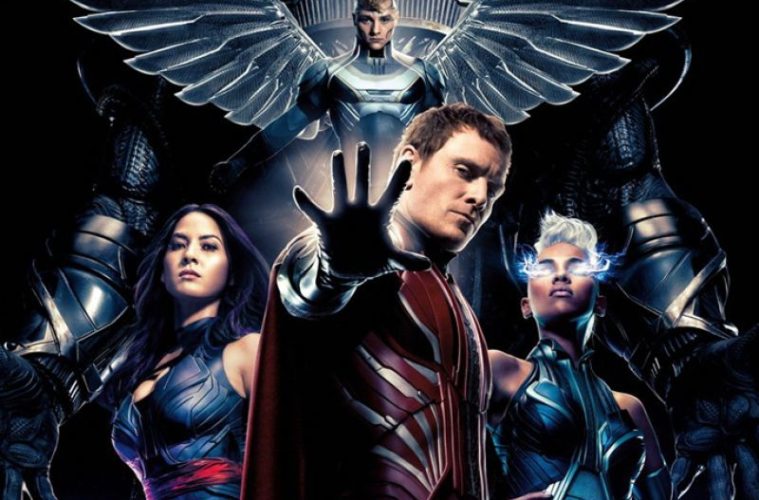 The tragedy of the X-Men films is that, despite being responsible for the current boom-industry of comic-book films, they have almost uniformly felt like second-tier properties within their genre. A lot of this can be chalked up to the aesthetic of the films themselves. As other superhero films grew more modern, with sleek effects and more dynamic costuming, the X-Men series has adhered to a more retro look, for good and for ill. The other factor in this also-ran status is, undeniably, a wildly variable quality in filmmaking and storytelling that has plagued the series from the outset.

For every The Wolverine, there is an X-Men Origins: Wolverine. For every X2: X-Men United, there is an X-Men: The Last Stand. Each new film seems to exist in a vacuum, its quality worryingly untethered from any other film in the series. You might love X-Men: First Class or Days of Future Past, but that in no way lets you know the next film will be good. In the case of X-Men: Apocalypse, anyone looking to the quality and entertainment value of the last two films as a metric for their anticipation will be woefully disappointed. While not a disaster, it would be fair to say it is somewhere between “disappointingly serviceable” and “embarrassingly pointless.”

Frustratingly, the film begins promisingly, in an area of pure comic-book nuttiness that is sorely lacking from most other works in this vein. The story opens in ancient Egypt, where a nearly all-powerful mutant named En Sabah Nur is about to use ancient solar-powered magic and liquid gold to transfer his consciousness into the body of another mutant. They lay in massive stone slabs that levitate as this bizarre magic takes effect. There is, in spite of all this madness, a level of self-seriousness and portent that makes the scene sing in a way the rest of the movie will not. When a thwarted coup results in En Sabah Nur being buried beneath the collapsing pyramid, the world seems to have been saved from his unimaginable (and ill-defined) power.

The narrative then jumps forward thousands of years to 1983 — ten years after the events of the last film, which was ten years after the events of First Class. Twenty years have passed, but everyone looks pretty much the same. These massive time jumps are part of a wider narrative problem that begins to plague Apocalypse, both in isolation and in how it relates to the previous entries.

With so much time between films, questions can arise regarding where these characters have been and what the status quo has become. We may be introduced to Professor Xavier (James McAvoy) and Erik Lehnsherr (Michael Fassbender) in their new states as school headmaster and steel-mill worker, respectively, but how they got there remains blurry. Likewise, we can be told that Mystique (Jennifer Lawrence) is now a symbol for mutant pride or resistance and be shown her helping rescue exploited mutants, but has that really been all she’s been up to for a decade? Apparently. And though character has always been the most fascinating and fertile ground for the X-Men series, Apocalypse has no time for us to spend with these people — no time to get to know them again, and no time, even, for them to get to know one another.

En Sabah Nur (Oscar Isaac) is accidentally raised from stasis by CIA operative Moira MacTaggert (Rose Byrne), though no one ever learns that or blames her for it. He begins recruiting mutants to serve as his Horsemen, apparently looking for the strongest of all but seemingly just getting whomever Psylocke (Olivia Munn) knows best. He uses his power to give these mutants more power, then talks them into helping him destroy the world so the weak will perish and the powerful will rule. The plan is, at best, vaguely defined, but it does offer the promise of worldwide calamity and destruction for the X-Men to fight against. If you are expecting a series of failed attempts at containment to result in a massive final showdown, you are half-right.

There are many stories going on under the surface of this movie, and none of them truly bother to twine together until they have to in order to end the movie. This is to the detriment of both the story and the actors attempting to bring it to life. Oscar Isaac, who from Show Me a Hero to Star Wars: The Force Awakens has been a charismatic and spellbinding leading man, is covered in latex and plastic to such a degree that you might think he was cast purely for his voice, but even that is digitally manipulated so much that you can barely recognize it. Michael Fassbender is given a tremendously emotional moment and a startlingly dark scene of retribution — yet it is nothing that Magneto hasn’t been through before, and so the darkness is tempered by the fact that, by now, our eyes are used to it. Everyone in Xavier’s orbit is just biding time, waiting for the story to come to them.

It’s a total mess of a narrative, and many promising young actors are swallowed in its morass of incident. Sophie Turner could be a great Jean Grey; we won’t know until maybe the next film, as her work here is to stand apart from people, attract unwanted attention, and hold a finger to her head when she needs to use her telekinesis or telepathy. Alexandra Shipp, as Storm, seems poised for a moment of conflicted turmoil when she sees her hero fighting against En Sabah Nur, but we are spared that to focus on energy beams and explosions. Tye Sheridan initially appears to be Apocalypse‘s lead, until he’s shuttled to the sidelines and his emotional journey is truncated as a result. Lacking these character beats, the movie becomes a study in perfunctory story beats.

There are things to admire here, though many are things we have seen before. Fassbender does his level best in a truly tragic scene that’s undercut by its telegraphed narrative necessity. Evan Peters has fun for a sequence as Quicksilver, who gives the movie its best set piece, and soon enough he is lost to the franchise obligation of keeping too much information a secret for too long.

On the whole, though, the movie feels like an exercise in marking time. Director Bryan Singer, whose aesthetic can charitably be summarized as cramped and kitschy, seems to find interesting visual beats by accident. Everything feels too close, too cheap, and too obvious to awe in the way it should. Singer is either trying to hide something by keeping his compositions so tight, or he just doesn’t want to be bothered with spectacle outside of establishing shots.

All of the best and worst of this film is captured in a single extended tangent. Following a dastardly assault by En Sabah Nur, our protagonists are kidnapped and taken to a remote mountain fortress. The kidnapping and subsequent breakout has no impact on the main story aside from slowing it down and drawing it out, and also allows for a cameo that even the most casual of fans will see coming a mile away. The scene is a narrative dead end that no one ever talks about ever again, robbing it of any possible value — but it does get a small rise out of the audience.

Really, what’s most disappointing is how familiar this end of the world feels. Magneto floats with his arms out. People put fingers to temples. Nothing new to see here. Nothing more to say.

X-Men: Apocalypse will open on Friday, May 27.