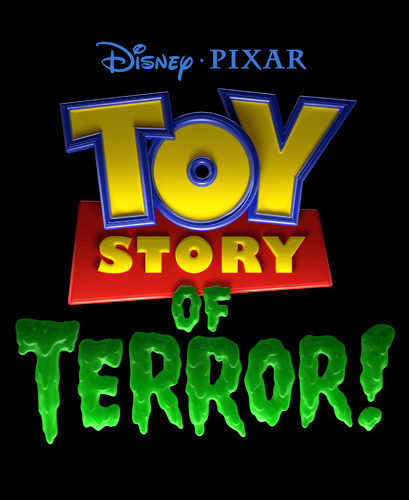 While Disney/Pixar has dove into children’s television with Cars-centric offerings and a Buzz Lightyear spin-off, it’s surprising it’s taken this long to craft a primetime special. With what used to be a flawless feature film enterprise bolstered by award-winning shorts, perhaps they believed themselves above the small screen until now. But as Pixar evolves from luxury brand to simply one more animation arm of Disney proper, good press and high ratings aren’t something to ignore out of pride. Kids watch a ton of TV and any chance the studio has to put their characters on display must be taken. And with how funny the Toy Story gang’s shorts have been theatrically, it was only logical they’d be used to bridge the home entertainment gap. The choice to bring Small Fry creator Angus MacLane back behind the scenes for Toy Story of Terror proves a smart maneuver as that short was not only one of the funniest threads from the franchise’s canvas, but also fearlessly introduced new characters into the fray. He does the same here with a brilliantly orchestrated cast of “lost” toys at a sleepy roadside hotel, acquiring the vocal styling of Kate McKinnon (Pez Cat), Peter Sohn (Transitron), Ken Marino (Pocketeer), and Carl Weathers (third person-speaking, meta role Combat Carl). They add a welcome breath of fresh air to the core group, particularly by infusing unpredictable comic relief while on a journey for survival against a monster in the dark far away from home.

MacLane’s script relies upon Mr. Pricklepants’ (Timothy Dalton) penchant for explaining a good horror flick’s intricate details to young viewers, while earning laughs from adults courtesy of his pretentious delivery and absolute relish in being caught in the middle of one himself. The joke hits big, becomes a bit long in the tooth, and eventually concludes with an easy joke that skews more juvenile than we’ve come to expect from the series. I can understand a need to do so, though, for the broader audience TV provides. An end credits sequence dealing with hotel manager Ron (Stephen Tobolowsky) also arrives somewhat out-of-place in its random slapstick nature, but hopefully isn’t a sign of thing to come after this and Monsters University. As for the main plot, it deals with Jessie (Joan Cusack) overcoming her abandonment issues in good, psychologically heavy Toy Story fashion. Traumatized after being trapped in a box until Woody (Tom Hanks) saved her during Toy Story 2, the prospect of being enclosed in a claustrophobic, dark place proves palpably frightening. And as her friends—Buzz (Tim Allen), Rex (Wallace Shawn), Trixie (Kristen Schaal), Potato Head (Don Rickles) and Pricklepants—disappear wandering around the hotel, a nicely constructed sense of dread for what may happen next adds to the tension. Weathers’ perfectly over-the-top Combat Carl comes to her rescue, but even he can’t save them all once the reality of their situation is revealed. Jessie must conquer her fears if they’re all are to prove victorious.

So, while there are some shaky moments of dumbed-down humor, it’s not far enough tonally from the films to be glaringly different. MacLane made the necessary changes to make the universe palatable on the small screen and still found room for effective laughs, whether it be using Potato Head’s arm as a dowsing rod or Lego Bunny’s ability to disassemble and reassemble into whatever is needed. He also finally let Woody and Buzz take a backseat in the action so their friends could bask in the spotlight. This is Jessie’s show and she carries it on her shoulders with the help of Pricklepants and Carl’s parodying. I wouldn’t mind seeing holiday specials becoming a regular thing; I just hope the Toy Story brand isn’t overextended in the process.

Toy Story of Terror premiered on October 16th and will continue to air on ABC Family.