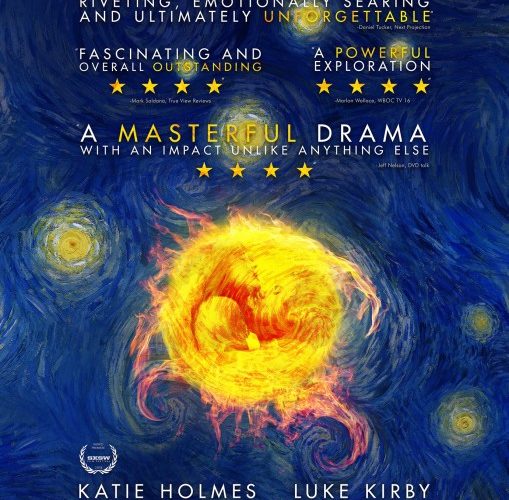 Depicting mental illness in film is hard for two reasons. One is the fact that actors are playacting. This may not be the case across the board—performances could be inferred from personal experience—but I’d say a majority comes from a place of research and mimicry. The second reason deals with audiences having preconceived notions about mental illness that are generally misguided. It’s difficult to show someone an honest portrayal when they don’t believe it’s honest. Perhaps filmmakers shouldn’t care about this subsection of viewers because they’re walking that line for the afflicted so they can see they aren’t alone. Expand that circle to include individuals willing to learn and replace false truths and you find those who Paul Dalio hopes appreciate Touched With Fire.

Many would rather go to the movies for an escapist adventure than experience a slice of harsh, painful reality. This film is not for them. But it also isn’t for those generally targeted by these types of movies either. If you build a spectrum from Manic on one end of the “crazy in love” dial to It’s Kind of a Funny Story on the other, Dalio’s debut falls in the middle. It possesses the intensity of manic moments where love is replaced by pure euphoria before devolving into a dangerous depression to balance the scales, but it yearns to remain hopeful with sweet comedy and subtle optimism too. This duality can seem earnest in attempting universality while actually proving the most authentic depiction of them all in retrospect.

As it should considering it’s born from the filmmaker’s’ own experiences combating bipolar disorder right down to Kay Redfield Jamison’s titular book connecting the disease to artistic genius in a way that removes the stigma of “illness” for those unable to reconcile the public’s view of them being “wrong” in some way. “Would you have medicated Vincent Van Gogh if you knew he’d never have painted Starry Night without that state of mania?” It’s an intriguing question that’s obviously more complex than knee-jerk reactions from either side of the argument and therefore one we shouldn’t ignore. And just because Dalio—currently stable and married with two children—found success away from the uncontrollable fire of his past life doesn’t make drugs the absolute answer either.

There needs to be more: a support system of family, friends, and career as well as a personal confidence to stay true to the regimen necessary for stability. This is what Touched With Fire explains through its multiple highs and lows built for extreme ecstasy and tragedy as only life can provide. These two sides to the coin are on display from frame one as Katie Holmes‘ Carla reads her book of poems to a sold-out crowd only to feel the weight of judgment when no one has anything to say afterwards. Excitement turns to second-guessing and the cycle spirals, sending her back to her parents’ home at one in the morning asking what triggered her brain away from the “normal” girl she no longer remembers. And while she yearns for the past, Luke Kirby‘s Marco thirsts for the unbridled present of his mind uninhibited by anything but a bottomless creativity. He embraces the mania, forgetting what its inspiration will spawn on the downslope and believing himself an alien from another world like his mother who years previously left him and his father (Griffin Dunne‘s George) while battling her own demons. So of course he and Carla meeting in group therapy during a “voluntary” mental health stay would be destined. She in desperate need to accept her former self is dead and he overjoyed to find someone willing to go on his adventure to the stars with him. The result is as spectacularly destructive as the union is genuinely passionate.

As an outsider looking in, I found Holmes and Kirby’s performances to be fantastically heartfelt during both states of their characters’ condition. This was even truer when in proximity with their parents (Carla’s Mom and Dad are played by Christine Lahti and Bruce Altman respectively). I was most riveted by these scenes because I’ve luckily never had to battle depression or any form of mental illness and therefore found myself most curious about how those surrounding and caring deeply for these two troubled souls handled the situation. The answer is with a steady stream of compassion, pity, frustration, anger, and most especially forgiveness/contrition. It’s a tough position to be when you know the relationship quickly building between Carla and Marco is as volatile as it’s pure. Unfortunately, I didn’t quite find the same level of investment when it’s just Holmes and Kirby. They’re both great at getting to the heart of their illness thanks to Dalio’s direction and their own driven attachment to the material, but the plot facilitating their collision course is too convenient. The fact both are poets, one’s willing to embrace medication while the other isn’t, and their ability to be each other’s therapist for better or worse in direct opposition to their doctor feels as manufactured as it is. I get it: they’re manifestations of the two people Dalio became and therefore are both based on him. But this film doesn’t have a twist schizophrenic break where one character is revealed to have been in the head of the other.

So while that approach makes the film a beautifully cathartic piece for countless people who continue to fight bipolarism like him, it loses something in the translation for the casual viewer like me. That by no means renders it without value, though. I think people need to see this story to help them understand what really happens to someone with the disease. I personally learned two or three things I wish I knew before to assist my handling of past situations with friends troubled by depression. You probably can’t have it both ways considering many learning moments stem from Carla and Marco being virtually identical. But while that’s crucial to the authenticity of emotion, it’s sadly detrimental to the story’s plausibility as presented with its darkly realistic tone.

Touched With Fire is now in limited release.