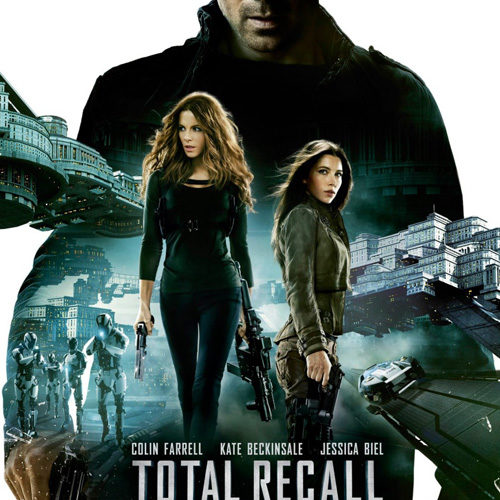 Paul Verhoeven‘s Total Recall is a great B-movie. Bloody, hilarious and never too subtle with its message. It packs plenty of what we love and expect from the Dutch director. What was missing were the trappings of a heady sci-fi movie, something a 21st century remake could hopefully bring to Philip K. Dick‘s short story. Unfortunately, that hope has been severely diminished, thanks to this lacking treatment.

Surprisingly, director Len Wiseman‘s remake doesn’t suffer from copycat syndrome, heavily deviating from the original film whenever it has the chance to. While the players — with the exception of an absent Richter (Michael Ironside) — and the core questions of Total Recall (Who am I? Is this reality or Rekall?) remain the same, Verhoeven’s film never gives us an insight into Douglas Quaid’s (Colin Farrell) identity crisis, more concerned about having Arnie smash some skulls whenever the chance arises. This time around, Wiseman is more interested in giving us a more grounded and dramatic take on Quaid — a guy who wants more, even though he already has Kate Beckinsale as a “wife.” To capture that fantasy of a more fulfilling life, Quaid, of course, goes to Rekall. The sketchy opium den-esuqe business makes your wildest fantasies come true, whether that means becoming a world class athlete or a secret agent. Quaid goes with the latter option. Immediately, he gets thrown into a new world of espionage, his memory injection becoming all too real. Or is it actually real?Reality or not, Quaid goes on a search to find out who he is.

Although Quaid’s crisis is familiar, the world, the tone and the stakes of the film stay at a far distance from the original. Unfortunately, like Verhoeven’s film, that said crisis isn’t all as interesting or dramatic as it aspires to be. With the stakes involved and an actor of Farrell’s caliber at the lead, one would think it’d be a walk in the park to deliver drama, but that’s not the case. Wiseman has given both the character and film a heavily serious update, never allowing for a great deal of simple summer fun to be had. Farrell is mostly reduced to moping, lacking any charm, unlike Bryan Cranston as the villainous Cohaagen. Without that necessary element, it’s a missed opportunity. The new world Wiseman has created is detailed and immersive, at least on paper. The sets, especially the red light district, are fantastic, no matter how much it looks like Blade Runner or The Fifth Element. Technically the film is of the highest quality thanks to Wiseman’s keen eye, but the energy isn’t here to back it up, in part due to the dullest action film score in recent memory, from Harry Gregson-Williams.

Total Recall has a polished, finely tuned structure, along with fine actors offering up serviceable work, and some action we haven’t quite seen before, but the score might as well be white noise. The flat nature sucks out all the excitement, which could have been blasting on screen. Wiseman has created a worthy atmosphere and feel, a world Gregson-Williams ends up drastically undermining at every dramatic, comic and action beat. This update is a big and shiny blockbuster without the pulse to make it fly.