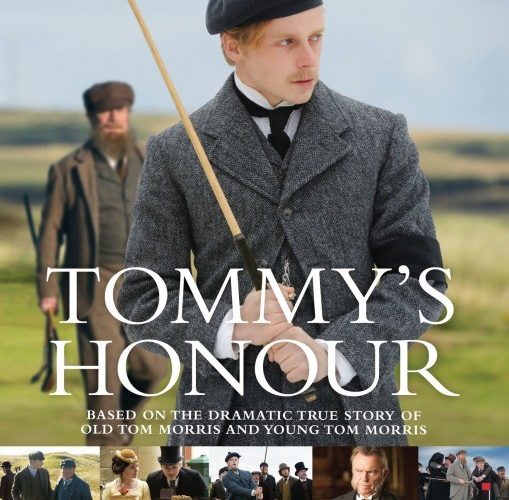 I’ve never been one for golf — playing or watching. I know many who feel the same and many of those who found themselves becoming fans during Tiger Woods’ heyday anyway. You can’t blame them for it either. Celebrity, national pride, and the excitement surrounding both are tough to combat. The draw therefore became peoples’ desire to see what Tiger did: which tournaments he won, who he beat, and by what margin. Golf became secondary to this hero’s allure like many other sports before it throughout history. But this wasn’t the first (or surely the last) time this specific sport found that sense of enthusiasm beyond staunch practitioners. In nineteenth century Scotland “Young” Tom Morris did the same. Beyond increasing golf’s popularity, though, he also literally changed the game.

Now that’s actually something I can get behind. It’s a simplification, but discovering that golf was even more boring than the current version born from Morris’ ingenious improvements is fascinating. It wasn’t only the younger Morris either as his father “Old” Tom Morris has since been called a founding father of the sport too despite it being around well before either’s time. The elder was head greenskeeper at St. Andrews, a valued caddy, and winner of the Open Championship. He designed golf courses, crafted clubs, and taught his son everything he knew. As such, the younger proved a phenom rising from his father’s shadow to best even him. He’d introduce trick shots, club hacks, and reformat the distribution of bets between those who played and those who watched. It’s no wonder Kevin Cook would gravitate to their combined story for his 2007 book Tommy’s Honor: The Story of Old Tom Morris and Young Tom Morris, Golf’s Founding Father and Son. The award-winning work found its way to producer Jim Kreutzer and eventually director Jason Connery (Sean Connery’s son) with Cook and his wife Pamela Marin tasked with adapting it. I haven’t read the book, but I have to imagine many of these aforementioned innovations played a large role. In the film, however, they take a backseat to who these men were off the course. Tommy’s Honour therefore proves a tale of love, loyalty, and respect. Of two generations ruled by golf in distinct ways and the tragic journey experienced to overcome class, prejudice, and archaic tradition.

So it’s not really a golf story at all: yet another check in the pro column. I can handle the hole or two marked more by the comical drama of opponents or applause-worthy revisionary shots through water with a scratched club or backwards banks off rock. If the sport itself is rendered the gimmick with which to spice things up, create controversy, and embolden the lead (Jack Lowden‘s “Young” Tom), my attention can shift to who he is and how he relates to those around him. Watching “Old” Tom (Peter Mullan) and “Young” isn’t to simply see this game passed down with aspirations of greatness or glory. It’s instead a father/son battle of ego and possibility. “Old” sees himself as his station. “Young” knows he can be more.

It’s therefore the classic story of overcoming odds to earn one’s place in the world despite the modest conditions of birth. There’s the idea that “Young” Tom must follow in his father’s footsteps to support himself and the family at-large even though he hopes to be a professional — a teacher to take up residence at a club and be more than the caddie people love to bet on but refuse to deem equal. This of course puts the boy at odds with “Old” Tom (although he’s quick to understand the boy’s drive) and their St. Andrews’ Captain Alexander Boothby (Sam Neill). We see the ease with which “gentlemen” like Boothby can be gracious in the most ungracious of ways and why “Young” Tom hopes to escape. So he takes Major Molesworth’s (Peter Ferdinando) attempt to woo him for greater pay and opportunity to heart. The opportunity to use what his dad taught him and excel beyond the walls the old guard believes are impossible to scale wars against the duty of an eldest son to assist with the care of his parents and siblings. Add a budding romance with Meg Drinnen (Ophelia Lovibond) — a woman his mother (Therese Bradley) refuses to accept as a legitimate match for reasons her faith makes difficult to shake — and we experience the evolution of a cocksure competitor into a full-hearted man. It’s subtle and gradual, but the growth from rebelliousness and grandiosity into someone his dad can be proud of on the course and off is memorably pure.

It arrives in little things like “Young” Tom’s relationship with Davey (Max Deacon) — St. Andrews’ second best golfer — transcending competition into friendship. It’s watching him force his father off the course saying, “That’s not golf” because he punched out a rude fan of his opponent one tournament and witnessing his walking back to the clubhouse after losing with gracious words for the victor the next. Golf is a means to an end for “Young” Tom, a way to make money and prove to the aristocracy he’s their equal despite his last name. Golf was conversely a way to put food on the table and touch greatness for “Old” Tom, his success allowing it to be more for his son. It provides “Young” Tom a platform to rise up. The film thusly proves a rousing look back not at the early days of modern golf, but the origin of a heroic figure in sports. It deals with romance, success, failure, and tragedy as two generations lock horns and realize times are changing — the disparity between club members and caddies no longer sustainable when the latter exceeds the former in talent, popularity, and honor. Sure it’s a story we’ve seen before in other vocations, but that doesn’t render it less successful in showing this specific version. We get less than ten years of “Young” Tom’s life to witness him growing into a world in the midst of metamorphosis. Lowden possesses both the fire of adolescent spunk to excel and the warmth of maturity to make his father proud.

Connery does well with the period aesthetic while Cook/Marin find the captivating vein running through the Morris family for optimal emotional success. Some of the innovations and golf-centric stuff does come off as throwaways — tiny details jammed in to make good on the “founding fathers” thesis if not latched onto enough to focus on the sport — but I liked that because it lets the light shine on Lowden and Mullan’s performances instead. Lovibond and Bradley steal some scenes with their own dramatic gravitas, but it’s the two Toms that really carry everything on their shoulders. “Old” may adjust his thoughts on “Young’s” actions rapidly, but those reversals are honest because he knows the boy is right. Golf gives them a lot, but they give each other much more.