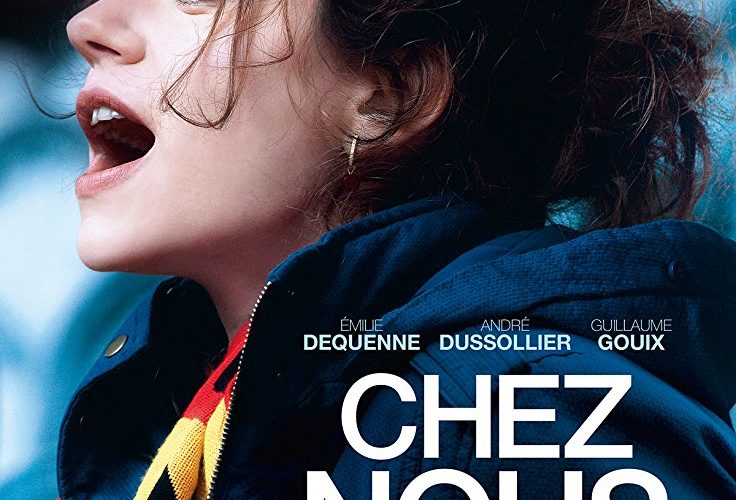 Review: ‘This is Our Land’ is an Engaging Contemporary Political Thriller

While its execution feels as sophisticated as a bumper sticker slogan, director Lucas Belvaux’s This is Our Land, based on Jérôme Leroy’s book Le Bloc, functions nicely as a contemporary political thriller, respecting its audience’s intelligence enough to avoid an overly sensationalized narrative. It’s a timely story of Pauline (Émilie Dequenne), a nurse used as a pawn in a mayoral election by a controversial politician, played by Catherine Jacob, puppeteering the young woman’s rise to power. Famously, the president of France’s National Front Marine La Pen inspired Jacob’s character. As Pauline transitions into the limelight, even dying her hair blonde to better fit with the party’s brand, she finds her friends, family and patients deeply divided on her newfound political aspirations. While the script could use some touching up, Belvaux’s reserved visual style and strict commitment to tone renders This is Our Land a thoughtful and engaging watch.

The film slow burns, teasing us with eerily symmetrical angles of this quiet French hamlet, streets vacant like a ghost town, a wild contrast to the citizens who eventually inhabit this environment. Belvaux begins by introducing a series of broad-stroke characters, who wear their story arcs and functions like uniforms. After meeting Pauline, we have no doubt she’ll remain the film’s moral compass to the bitter end. Likewise, Dr. Berthier (André Dussollier) the cunning advisor to the La Pen stand-in, all but has “villain” tattooed on his forehead. Each plot point hits with formulaic predictability, but we don’t really mind, content to witness these chess pieces move around the board.

One of the strongest sequences reveals the party’s public relations tactics, coaching members use of politically incorrect terms. They agree upon the word ‘lowlife’ as substitute for whatever racist, xenophobic slur they’d normally hurl. As friendships begin to dissolve as a result of Pauline’s candidacy, the constant threat of violence on the streets becomes a daily reality. Composer Frédéric Vercheval’s chilling score gains impact by its light-handed touch, hinting at unspeakable horrors, leaving a beautiful cloud of impending doom hanging over the film. It’s as if Belvaux took a look at his own work and said: “Such an unsubtle film requires a very subtle score.”

Indeed, Belvaux’s palpable fury with the state of contemporary France feels most starkly apparent in the one-dimensional nature of his protagonists, operating solely to clarify his angered political statement. These faces exist in every society, but in the context of an economically divided France, the romantic relationship between a goodhearted nurse and Stephane (Guillaume Gouix) a skinhead militant, can’t help but feel calculated and forced. His meet cute-esque introduction on a soccer field immediately screams misdirection, utterly untrustworthy from his first smile. As a result, there’s an inevitability to the reveal of his past and present sins. Added to which, the setup and payoff of this plot thread fizzles like a tacked-on afterthought.

In the end, This is Our Land’s biggest flaw lies in the bluntness of its message and approach. Countless cringe-inducing lines of dialogue thud lifeless to the floor, certainly hitting Belvaux’s message right-on-the-nose, but tone deaf to realism. In interviews, Belvaux admits the film was rushed into production to remain as timely as possible with the French presidential election. And so, that message seems to be the entire point. That’s fine, but in ten years, will Belvaux’s film feel like a snapshot of France in 2018, or a dated and obsolete artifact? It’s hard to say.

In his introduction to a published edition of their collected screenplays, Stanley Kubrick praised the writing of Krzysztof Kieslowski and Krzysztof Piesiewicz on The Decalogue: “They have the very rare ability to dramatize their ideas rather than just talking about them.” Belvaux’s film aspires to such heights, but admittedly falls far short, more successful in talking about his ideas than in their dramatization. Nonetheless, there’s something hopeful and compelling in This is Our Land, itself a boldly sincere mess of frustration and turmoil, aspiring for a better tomorrow.

This is Our Land opens on Wednesday, April 18.