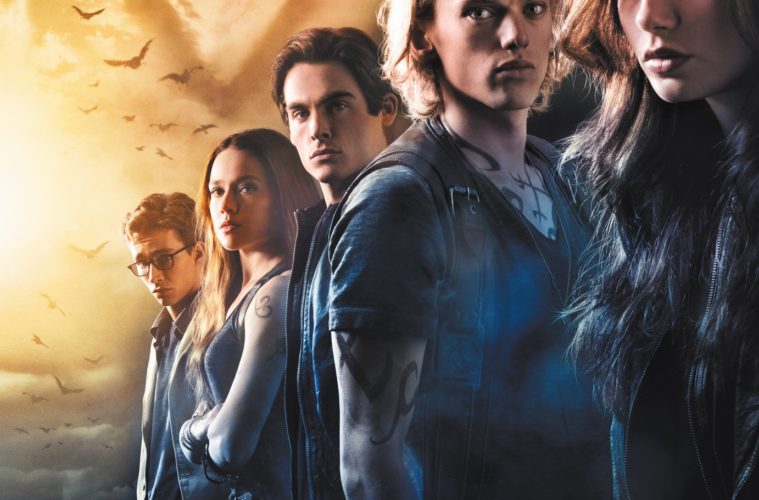 Screen Gems ought to have waited to release The Mortal Instruments: City of Bones in early September while the critical world was distracted at the Toronto International Film Festival. Here is a film where plot points arrive and we simply don’t care. Another personal annoyance is that this is the third New York City-set movie in a row with exteriors that don’t resemble that great city. As a viewer, if  you are solely thinking about setting and not character, plot or action, you know you are in a bad film. City of Bones, like last week’s Kick-Ass 2, was shot in Toronto, while Paranoia was shot in Philadelphia; I don’t understand what is so appealing about New York City as a setting if you aren’t going to really use it. Toronto and Philadelphia are diverse world-class cities — why not show them off on screen? This is one lazy film, right down to the screenplay by Jessica Postigo Paquette (adapted from Cassandra Clare’s young adult novel), which frequently contains laughable on-the-nose lines. The plot presents us the kind of annoying teenage portrait that feels dishonest: Lily Collins is front and center as Clary Fray, who refuses to be a “mundane.” No, she is not pledging her allegiance to punk rock, mundanes are what earthly mortals are known as in the Shadowhunter world. She draws a symbol for reasons unknown, and like all good hipsters-in-the-making, she and her pal Simon (Robert Sheehan) head to a coffee shop poetry reading in a Toronto neighborhood that’s supposed to be Brooklyn. Afterwards, they decide to hit up a club, because 15-year olds can get into bondage-themed clubs without the assistance of a fake ID (luckily Cassandra looks like she’s 24! Oh wait, Collins is 24).

After freaking out, not because she’s hopped up on molly, but because she’s stalked by a Shadowhunter named Jace (later the love interest, of course), a bleach blonde, tattooed punk rock type seeking the “Mortal Cup.” Jace is as expressive as Edward Cullen. Watch out R-Patz, Jamie Campbell Bower is infringing on your brand. Stationed inside a magical dormitory that cannot be seen by the mundane, Clary is introduced to her new mentor the sexy Isabelle (Jemima West) and Alec (Kevin Zegers), touching off a strange bisexual love triangle that made me wish Pedro Almodóvar was at the helm. And that’s part of the problem, City of Bones fails because it takes itself way too seriously. The film is so inherently incompetent that it lacks the fun to one day become a camp comedy, the thrills to be an effective psychological thriller and the gravity to be engaging. Directed by Harald Zwart, it feels like a paint-by-the-numbers SyFy original movie. I imagine fans of the Mortal Instruments series will not be pleased, as this material is so terribly written that even the presence of dynamite actors Jared Harris, Jonathan Rhys Meyers and C.C.H. Pounder fail to elevate the material.

While its certainly not as disturbingly insightful as her first feature Thirteen, Catherine Hadwicke’s Twilight contained a strong amount of psychology and moments that captured the awkwardness of being a teen girl. Here, the character development and story beats are quite predictable and that’s the irony of Zwart‘s film: he’s made a mundane movie for an audience of mundanes.

The Mortal Instruments: City of Bones is now playing in wide release, including IMAX.