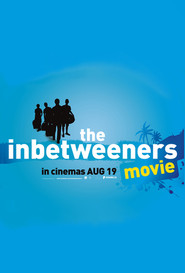 At what dismal moment in the history of film did the ‘movie based on a television show’ set out its position as a staple of the modern cinema listing? Both the US and the UK had a slow, steady start into this particular subgenre, with big screen adaptations of established television shows beginning as something of a rare novelty. Occasionally the rare classic would arise from such a prosaic past – Monty Python‘s Life of Brian, The Blues Brothers and The Muppet Movie come to mind – and would in turn find a fanbase in their own right, but most were closer to the movie versions of Are You Being Served and Dad’s Army. That is to say, forgotten by all except the cold and timid souls who still make up the diehard fans of such shows. However, in the 90s and noughties, a revolution occurred in which every show on the box – or, indeed, those which had been on the box at any time in the past century – found their way into cinemas, churning out box office receipts to fans and newcomers alike.

The Inbetweeners Movie is one such beast, and based on its record-breaking opening weekend in the UK (the highest ever for a comedy), it is set to ensure that television adaptations continues to fill our cinemas. It is based on the Channel 4 UK comedy of the same name, which features four teenagers getting into comic situations for hilarious effect. There is no particular unique selling point to the show, so its success relies solely on the talented writing team behind the show, Iain Morris and Damon Beesley, who also scripted the movie. The film is essentially a feature-length episode of the series, but with an increased budget which allows the gang to go on holiday to Spain. The insipid, yet oddly enjoyable, plot consists of the main characters chasing girls and getting into the same scatological comic situations which are now the norm for teen comedies.

The star of the ensemble cast is Simon Bird as Will, an ex-privately educated schoolboy who, at the beginning of the television show, was forced to make his way into a state-funded school after his mother could no longer pay for his schooling. He joins his friends for a holiday in party hotspot Malia, where he attempts to woo the attentions of a love interest played by Emily Head. Bird, a teenage, angular Rick Moranis, spends much of the movie sighing at the behavior of his friends in the movie or delivering sporadic one-liners. Joe Thomas, James Buckley and Blake Harrison make up the rest of the group, and their acting prowess does not feature as one of the virtues of the movie. But whilst they only demonstrate the skill of actors from, say, a high-end washing powder commercial, the film doesn’t ask much of them other than to fall into comic situations and allow the dialogue to speak for itself.

It falls into the usual trap of big screen versions of established television shows, in that the movie spends the best part of two hours spinning a yarn which probably should have been spun over the course of a television season. And while its initial commercial takings have been spectacular, it is unlikely to become a comedy classic in its own right, and doesn’t break far enough from its roots to justify any such high regard. Ultimately, it is difficult to criticize a movie such as this too hardly. The plot is indeed hastily written and insubstantial, the performances are pedestrian, but the laughs come so thick and fast that its flaws can be easily brushed aside.

The Inbetweeners Movie is currently in wide release in the UK with no US distributor as of yet.