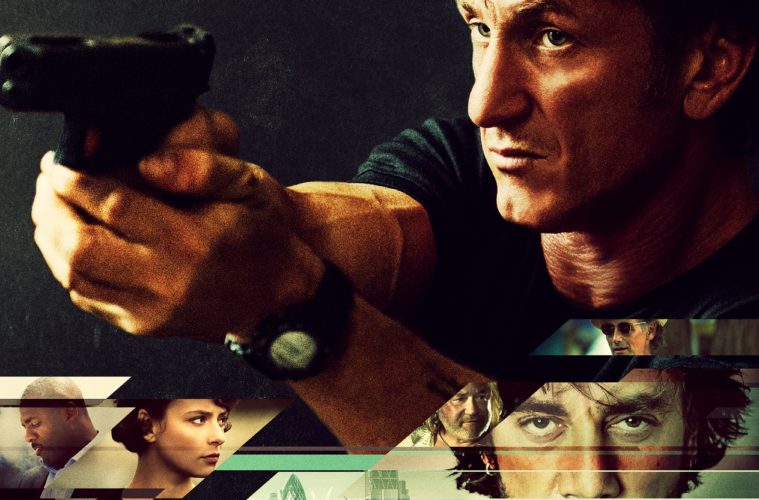 With Taken director Pierre Morel at the helm and an accomplished actor who is hoping for his action breakthrough (Sean Penn), one can’t fault The Gunman for selling itself as another iteration of the aforementioned Liam Neeson-led franchise in order to incur more ticket sales. And while it has the against-all-odds action sequences, the plight to return a kidnapped loved one to safety, haunted pasts, double crosses and a wealth of international locales, this actioner differs in an attempt to add a layer of real-life conflict. This grounded aspect — perhaps attributed to the humanitarian-minded Penn taking part in the writing and producing — often feels muddled alongside the cliched trappings of the action genre, but ultimately makes for a slightly better-than-average revenge thriller.

Opening in 2006 in the Congo, Jim Terrier (Penn) has been hired by the government there to protect humanitarian workers. We also find him doing some undercover work as a mercenary assassin. Having fallen in love with local doctor Annie (Jasmine Trinca) and forming a bond with Felix (Javier Bardem), when a dangerous mission is put in Jim’s hands, it causes him to flee everyone he knows and go into hiding. Returning eight years later to the Congo — alone, this time — he hopes the past is behind him as he assists an NGO in providing water and resources to an undeveloped area. His hopes are soon unfulfilled as a trio of hired guns come to not only kill him, but take a portion of his blood for proof of death to a mysterious client. Evading their attack, as Penn’s ripped and lethal character will do more than a few times in the film, he sets out on a Europe-trotting journey to Barcelona, London, and Gibraltar in order to track down the person that wants him dead for his mission eight years prior (with seemingly only a few options, considering its initial secrecy). In Barcelona, he finds Annie and Felix are now married, leading to the film’s funniest subplot: an awkward love triangle that features interrupted dinners, long-awaited sex, and horse-riding innuendos. Despite the brevity these scenes may contain — all thanks to a peculiar performance from Bardem, who seems to be taking at least a sliver from his over-the-top character in The Counselor — Morel attempts to capture things in a fairly serious tone.

Shoot-outs in a lavish house and Jim cleverly attempting to take down assailants in his getaway house don’t reach John Wick-levels of meticulous execution, but provide the thrills one expects. Morel even has a few welcome touches to add more weight than his normal non-stop barrage approach: a shot following an unexpected punch, featuring a woman falling to her likely demise, is an impactful respite from the action. These sequences don’t quite gel with the blatant clunky exposition delivered by talking heads, which itself feels odd next to the downright silliness of Jim riding a merry-go-round or the flagrant metaphors found at a bullfight.

Despite wasted support from seasoned talents Idris Elba, Ray Winstone, and the formidable Mark Rylance, the film gets by on an outlandish Bardem and Penn, whose brawny presence convinces in his action debut. Potentially interesting elements, such as Jim’s deteriorating health causing him to lose functions in the most inopportune of times, come off as a cheap gimmick rather than anything genuinely affecting. While Penn and company clearly have global activism on their minds during the introduction and conclusion, there’s also little to be had in the way of conveying these issues intelligently. A muscular, passable piece of slick entertainment on the action front, The Gunman‘s ambitions are welcome, but could have used another polish.