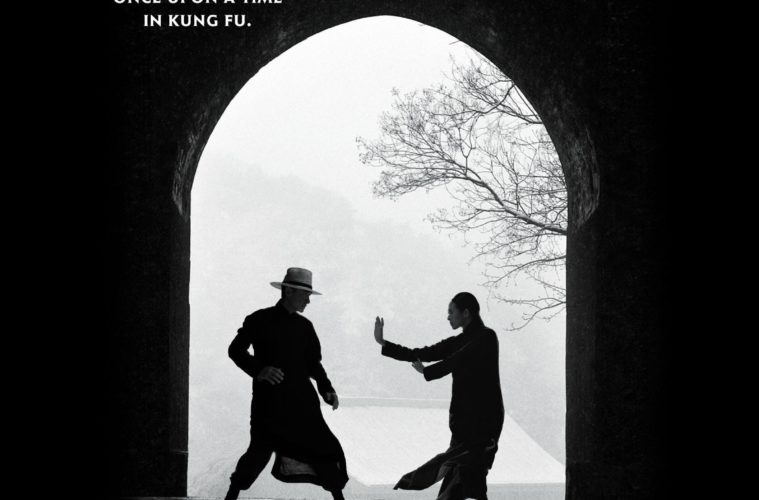 As The Grandmaster wheels into its third act and the star-crossed male & female of a decades-old unrequited love begin their final exchanges, Wong Kar-wai makes a quick cut through established rhythm, almost directly propelling us into a 20-minute flashback that comes to occupy the entire center of his film’s concluding section. This lengthy structural and narrative digression is not occupied by Tony Leung‘s Yip Man, our ostensible lead, but Zhang Ziyi‘s Gong Er, a player whose prior integration into the work, while not at all insubstantial, provided nary a suggestion of anything with this size and relative scope: it’s not only much of a personal history being filled in with a quick clip, but that it would, too, contain the most technically elaborate and visually sumptuous confrontation this film has in its entire register. For as lugubrious as it may sound and, to some extent, be, the spell cast over these scenes remains ravishing from start to stop, and so clearly the work of a master that its odd implication in all which precedes and what little follows is of ultimately minor concern. It’s rarely advisable to suggest a film could be summarized with or, God forbid, outright condensed by any of its single sections, yet this portion is The Grandmaster in a nutshell: there exists little in the way of perceptible balance with all that surrounds it, while the expressions can be too obvious in their pure emotions, too opaque in their thematic implications — and the implications of which are irrelevant when the very act of seeing Wong orchestrate movement, light, shadow, and feeling so strongly embodies why we even seek out cinema time and time again. Its newly cut, truncated form be damned, The Grandmaster is worthy of the legacy for which its creator can lay claim — a symphony of individually moving pieces that coalesce into a final picture as fulfilling as it is seemingly incomplete.

The Weinstein Company’s “American” cut, supposedly organized by Wong himself, runs 22 minutes shorter than what had played across Chinese screens earlier in the year, with the film reportedly jettisoning — and, in some attempt, amending — a not-necessarily-insignificant margin of time with more resolute focus on romance ne’er consummated by our two heroes. Little of the heartbroken longing feels new for the Hong Kong auteur, and one cannot be helped but to almost immediately hold its particular dynamics up against the ineffable likes of In the Mood for Love, 2046, or Happy Together, to name only a few. That The Grandmaster would fail reach those piercing heights — as emotionally resolute as Tony Leung and Zhang Ziyi’s onscreen reunion may prove — is, perhaps, a fault that can be pinned upon a reorganized title, no less when such a quantity of additional threads — Hong Kong’s endlessly amorphous identity (yet another Wong staple) and all the requisite grandstanding of martial arts tournaments, no small dimensions of their own, prove to be only two of several — often threaten to come apart at their own seams. After-the-fact edits carry with them the air of paring down a different, more significant effort into something needlessly stabilized.

What exists around the margins is, still, recognizably a kung fu picture, and a fine example at that, the proper satisfactions of a genre entry present while staying discernibly true to Wong in its larger capacities. It is thus in a supposed opposition to all the fisticuffs — which many will undoubtedly seek the film for – that The Grandmaster, true to its writer-director, would be more elementally concerned with the ravishes of history than a physical clash. Every moment, throat-collapsing fight scenes or regret-tinged glances into the past all the same, are of a time and a space recaptured through only the most fleeting of means, memories carrying with them an emotionally and physically heightened character that treads a thin line between fact and myth. When seemingly only one moment passes by, we’re informed — thanks to title cards, some of which, unfortunately, are Weinstein-mandated exposition pieces that put far too fine a point on the narrative — that as much as a decade has passed, all while none appear to have aged by more than a second. This would more significantly resonate as an inconsistency if Wong hadn’t been so immediately dismissive of verisimilitude. His step print-drenched opening fight is something of a starting gun for The Grandmaster’s relationships with reality: a battle between Yip Man and dark, faceless beings is soon catapulted into realms of extremity via the sweeping, hurricane-force sound of flying fists and the ensuing sight of bodies launching across a courtyard like so many rubber balls. It’s about setting us into a formal groove, too: Wong is more deeply concerned with movement over contact, his images capturing the springing forward of an open palm, closed fist, or extended leg with visibly little notice paid to where or how they land.

It would also appear somewhat paradoxical for the places and people to have been captured with such a keen eye — embalmed in a golden light bringing it to life, slowed to a point of accentuating an elegiac spirit — but for a film of this mournful character to count expediency among its underlining characteristics. Digging in, yet, we find a center of painful remembrances built upon missed opportunities (a cinematic raison d’être of Wong’s) that give an occasionally discombobulated picture its center of gravity — a shot branches from its predecessor and bleeds toward a successor with immediacy, the moments embedding themselves into history before we can understand full implication.

One being’s physical mastery over another proves a curious fit with the interpersonal feeling Wong has narrowed toward in this American iteration, and an underlying concept of action as romance never slips from his grasp no matter the distended quality of its path to apotheosis. Over and over I ask myself how cumulative an effect these flaws need have on a final judgement when so much of The Grandmaster, even an altered iteration, thrives on the raw talent of its author. Perhaps it’s all true to the subject: in filmmaking, like kung fu, it matters not how astutely each individual blow is delivered — what truly measures the tenacity of an artist’s command is the extent of their final impact. Wong Kar-wai emerges victorious.

The Grandmaster opens in limited release on August 23, followed by an expansion on August 30.