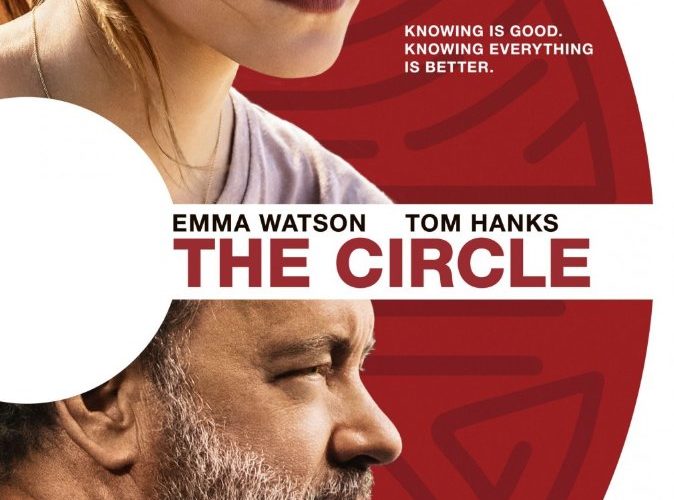 Review: ‘The Circle’ is a Surface-Level, Cartoonish Examination of Technology

Like an extended episode of Black Mirror but without a dark sense of humor or bleak horror, The Circle wails about how technology is affecting society with little grace or flair. The script, by director James Ponsoldt and author Dave Eggers (adapting his own 2013 novel of the same name), approaches the business of allegorical warning by displaying a parade of soundbites from any alarmist op-ed you can think of. Social media is causing us to overshare! Data collection threatens our privacy! Tech companies have too much power! These, mind you, are all completely true, but The Circle is less likely to make the viewer gravely consider than to get them briefly tut-tuting and then not think any further.

Emma Watson stars as Mae, a new hire at tech giant The Circle, which is not entirely defined so as to better stand in for literally every Silicon Valley company you can think of, with elements of Google, Facebook, PayPal, etc. Housed in a massive, Pentagon-like ring campus, The Circle cheerfully monitors every aspect of its employees’ conduct – including when they’re off the clock, though they strenuously deny that they’re the kind of company that cares about “the clock” and it is all of course completely voluntary but why aren’t you participating in the in-house social network and ignoring everyone’s messages and event invites? The Circle is Brave New World designed by Marc Newson. Mae is appropriately unnerved — initially. But she gradually acclimates to The Circle’s culture, to the point where she eventually volunteers to go “transparent” – wearing a camera and documenting every moment of her life for an online audience.

There are early jokes about drinking Kool-Aid, but The Circle makes clear its condemnation of the tech world as a cult, shepherded by figures such as obvious Steve Jobs stand-in Eamon Bailey (Tom Hanks). The Circle’s omnipresence and growing power are cartoonish, but the movie is meant as a warning and extrapolation. Yet where the book took this to a 1984-esque conclusion, the film, apparently too timid to make any statement that might actually stick with the audience, leaves things on a more upbeat note, a compromise of the, “Well, there are good things about this technology, too!” manner. Bailey gives Jobs-lite pep talks about putting power in the hands of the people with improved camera miniaturization and portability, and even though he’s an obvious villain, the film ends up validating such assertions by having the forced “transparence” of authority figures be the focus of its resolution. This ignores the clear reality that any such advances would be quickly co-opted by governments so as to better spy on citizens.

The Circle‘s best parts deal with Mae’s experiences being “transparent,” and how acting as essentially a full-time vlogger forces her into constant chipperness while an unceasing stream of viewer comments flood the frame. It’s the only hint of stylistic stretching in the film, which is formally hidebound despite its incorporation of so much tech involving phone, computer, tablet, and covert cameras. It presents the possibility of a better movie, something like a modern Truman Show with an aware protagonist. But that would require The Circle to be interested in Mae as a character instead of a surrogate through which the audience tours all these Very Important Warnings we must heed about the fraught possibilities of the future. Unfriended better captures how we communicate now, and Silicon Valley is stronger in cutting up the vagaries of the tech industry. This is your friend who never shuts up about not having Facebook complaining about how awful things are.

The Circle is now in wide release.