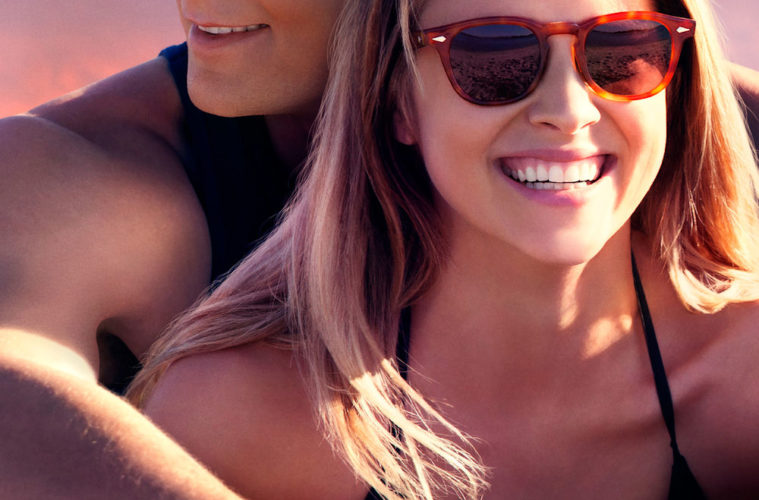 For many, Nicholas Sparks’ adaptations are a dead horse that have been beaten with punishing predictability. Now released as annual installments, every new one is greeted with the same critiques of predictability, melodramatic writing and the avalanche of contrivances that make up the plot. Sparks’ adaptations have distilled their paint-by-numbers blueprint to a science with the same immutable features, namely a fawning view of North Carolina that doubles as a superlative tourism board video, and a star-crossed romance that’s struck with divine intervention.

Ross Katz’s The Choice isn’t terribly dissimilar from the rest of the crop, but it’s still one of the better Sparks adaptations since The Notebook because it doesn’t simply feel like it’s dragging its heels until the main conflict hits.  For the first hour, it’s just a very good hang-out movie with likable characters and amiable dialogue that recall the control and intimacy of fluff masters like Nancy Meyers.

Eventually, it does need to deal with the conflict within the title, but before and after, it’s a thoughtful examination of grief and relationships. And that’s to say nothing of the commendable performance of Benjamin Walker, who’s previously best known for a soggy lead performance in Abraham Lincoln: Vampire Hunter.

Walker plays Travis, a veterinarian playboy with a gift of gab, and a Southern twang so thick you could strum it. He’s an immensely punchable character, but aside from a single howler of an emotional scene, this is a star making turn for Walker. He’s magnetic and rugged, and is one of the better current actors to toe the line between smugness and aggressive charisma in his delivery.

Walker’s character is a hilariously well-endowed hero that only Sparks would write, but he’s also impressively watchable, and paired with Gabby (Teresa Palmer), his spunky, cautiously guarded neighbor and romantic interest, he shows a real emergent charisma. From their first tense meeting, it’s clear that it’s only a matter of time before these two fall into each other’s arms. But that doesn’t mean that the movie isn’t interested in a good old-fashioned oil and water romance until then.

He’s a good ol’ boy living in a lakeside mansion who likes burgers, brews and rock n’ roll. She’s a country club-raised medical student who likes Vivaldi, and can’t stand her rowdy neighbor. Sure enough, Gabby and Travis keep running into each each other – at Travis’ father’s (Tom Wilkinson) vet office, and the carnival, and of course, when Gabby runs over to Travis’ house in a state of panic about her pregnant dog, Molly. Rest assured, this movie subsequently has a very high PPS (puppies per scene).

Expectedly, sparks fly in the ravishingly styled North Carolina sun, but the predictability becomes the quiet engine chugging in the background as the chemistry really starts churning and these characters’ inborn feelings are able to develop. All of this is stirringly familiar, but it rarely feels stale. That’s thanks to the script by Bryan Sipe, which has an appealingly conversational snap to it, even as it later becomes gummed up by the needs of the plot.

And even if the movie leans into the fantasy of romance, Sipe has seen his share of romantic comedies, and understands some things about relationships. While Travis and Gabby’s romance begins hot and heavy, it later becomes about the quiet, satisfied acceptance that a whole life is just over the horizon.

Palmer’s at first stranded in a role of frigid unlikability as the buttoned-up Gabby, but her coldness soon evaporates, and she gains a new skip in her step. She doesn’t hold the screen quite like Walker, but her sunny disposition and deadpan sarcasm is effective in making their relationship feel possible, and their ease with each other is palpable.

The script isn’t confined to the romance though. The treatment of grief is especially surprising in regards to Wilkinson who actually has quite a bit to do for a change. Wilkinson brings his usual weight, and the movie mostly earns his presence. And it’s even more noteworthy that the script manages to tie together Wilkinson and Walker’s character into their approaches towards grief and religion without feeling preachy or manipulative.

The script doesn’t skimp on side characters in general. It goes much further than expected in illustrating an interior life for nearly every side character. Travis’ sister (Maggie Grace) and an old flame (Alexandria Daddario) are two surprisingly fleshed out characters.

Grace convincingly keeps her brother in check and plays a source of moral guidance in a way that doesn’t just feel like a device, but rather a person who’s shared time with all of these characters and has her own corresponding thoughts. Daddario, as well, is surprisingly memorable as the woman who knows that Travis doesn’t have eyes for her.

After that first hour, the plot hits much choppier waters, and has a a more difficult time recovering. Compared to the correspondences with the other side and violent shift into action thriller of the recent installments, the inevitable twist of The Choice isn’t anywhere near as whacked out. It still builds in the same clockwork fashion as a character reflects but these are just things that are necessary to take in stride in a Sparks adaptation.

Still, that’s not to say that manipulation isn’t in the cards here. In the second half, The Choice moves extraordinarily fast, and its tendency to sprint through things that are usually given much longer is admirable, even if it does make some later scenes feel unnecessarily padded out.

But the second half also hinges on a particular event that feels just a little bit too engineered to really hit in the right way. The details of the event are belabored in a way that verges on parody, and the subsequent actions are frustratingly sluggish to the script’s overall pacing. The ending as well hammers on a note that needed only a sinuous touch.

The enjoyable frothiness can only last so long, and soon, Sparks’ worst instincts start rearing their head from an obsession with cheap serendipity to heartfelt moments that are crammed with larger notions of meaning through hamfisted religious allusions. Katz can only do so much to blunt these frustrating narrative choices, even stooping to slow motion, and a love scene that layers on syrupy circumstance. There’s a very good love story here, but it needed to be about one relationship, not the nature of romance itself.

The Choice is now in wide release.