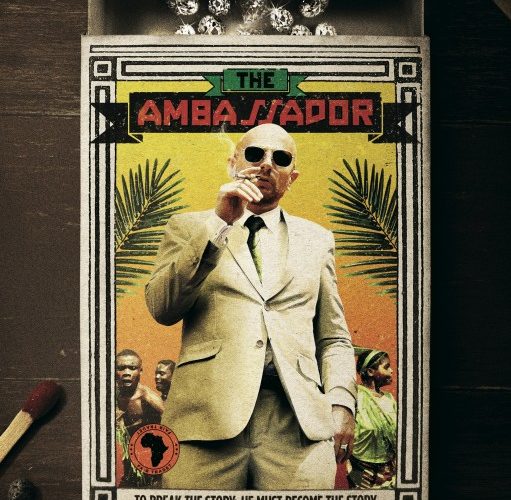 Did you ever wonder what a guy like Sacha Baron Cohen could accomplish if his satirical bent towards political upheaval had more than cheap laughs as its goal? What if Borat became a literal representative of Kazakhstan or Brüno a luminary in the fashion world interviewed for expert insight as a real person and not just a fictitious persona tossed aside when public saturation reaches uncontrollable heights? He would need to be a committed journalist with the stomach to both play the system and also look the other way when nefarious deeds are done. To infiltrate a foreign world so deeply to expose its corruption this person must be willing to go all the way and suffer the consequences if everything were to go horribly, horribly wrong. Well, while we chuckle at the British chameleon playing on the naivety of the masses, there is a Dane willing to put his name, reputation, and very life on the line to break stories he so passionately looks to tell. Mads Brügger doesn’t merely put on airs to dupe people; he becomes the very thing his film is looking to denounce. With the help of men on the fringes using political power to help facilitate those anxious to break through into the diamond trade of Africa, this documentarian dives headlong into the legitimate process necessary to become a bona fide Liberian consul to the tumultuous, highly corruptive country of the CAR (Central African Republic). It isn’t enough to go into the CAR with cameras and a hope for interviewees courageous enough to speak candidly about illegal blood diamond export—he must transform into one himself.

It’s no surprise then that Liberia is now threatening to prosecute Brügger and his partners after The Ambassador proves to be a no-holds-barred exposé on just how easy it is to become a government representative possessed with impunity against custom checks when the money is right. Facts thrown out proclaiming the country’s insane track record of giving out over 2,500 diplomatic passports in the 90s—many to people with criminal records—show it’s impossible to believe anything officials claim about cleaning up the process. If anything, they probably have simply become more careful in ensuring the details of such appointments remain secretive. Between the Portugal-based, British-run website diplomaticpassport.com—now operating with a static page describing their intensive screening process—and men like Dutchman Wilhelm Tijssen knowing whose palms to grease, the position is yours for 135,000 US dollars. The documentary brilliantly goes through Mads’ process to gain access as well as the influential men befriended to acquire the diamonds he hopes to eventually move without restriction courtesy of the position. Explained in voiceover while watching meetings via hidden cameras, the extent of his journey is often hard to believe. Between entering the country without updated papers, not yet being approved by Liberia when sitting down with CAR Minister of Defense and son of the President Jean-Francis Bozizé, and engaging with a possible con man named Mr. Gilbert fleecing him for millions with promises of riches from his mines, it isn’t difficult to fathom this whole endeavor ending with a bullet in the head. The stakes are huge and despite playing the part with immense chutzpah and perhaps pleasure, you can still see terror when left alone to his duplicitous troubles.

We get a bit of a CAR history lesson too with names like ‘cannibal emperor’ Bokassa dropped and learn about the stranglehold France still maintains over their former colony. In fact, if any nation comes out looking irreparably bad, it isn’t African. Insinuations about France’s involvement in civil rebellions and sabotage to keep their ‘savings bank’ of raw minerals intact come from all angles—the most damaging from Head of Security Guy-Jean Le Foll Yamande, keenly using facial expressions to confirm answers Mads has already guessed. The bureaucratic web of deceit grows with every meeting Brügger takes and it all comes to fruition when the diamonds finally arrive. He may be labeled a ‘chicken’ for not wanting to smuggle them inside his person, but he definitely had the fortitude to ascend the diplomatic ranks quickly despite knowingly he’s being manipulated and extorted. One could say Brügger isn’t exactly innocent in his actions either as promises of building a match factory with a Pygmy mascot snowball into false hope, but he really doesn’t have an alternative way of joining the ‘club’. There must be a reason for his arrived to the CAR to shield correct speculation he has come for diamonds and entrepreneurial advancement is as good as any. So you will find yourself giving him the benefit of the doubt because you understand one wrong step could bring the house of cards tumbling down. Brügger did his research and drew up a plan of attack as best he could to cultivate the ability to improvise when the opportunity is presented. Exposing the corruption to enter this time capsule of Africa was only the first step—what that power allows becomes the real story.

Should he be held accountable for his actions? Does his duping a country into doing what they would have done for more evil men deserve extradition for a formal hearing? The morality of what Brügger does is definitely on the darker side of gray, but without his bravery and complete disregard for anonymity we may never have known the full extent of how bad it truly is. If The Ambassador can spark internal change in Africa or effectively make avenues like diplomaticpassport.com take pause in their dealings, then it has been a success. Brügger went undercover and found his way out of the rabbit hole so the world could know the crooked deeds of men with unearned power. Humanity’s greed is uncovered at its most flawed and weak—exploiting the broken system our only weapon to expose this heinous profiteering.

The Ambassador is now on VOD and opens in limited release on Wednesday, August 29th.