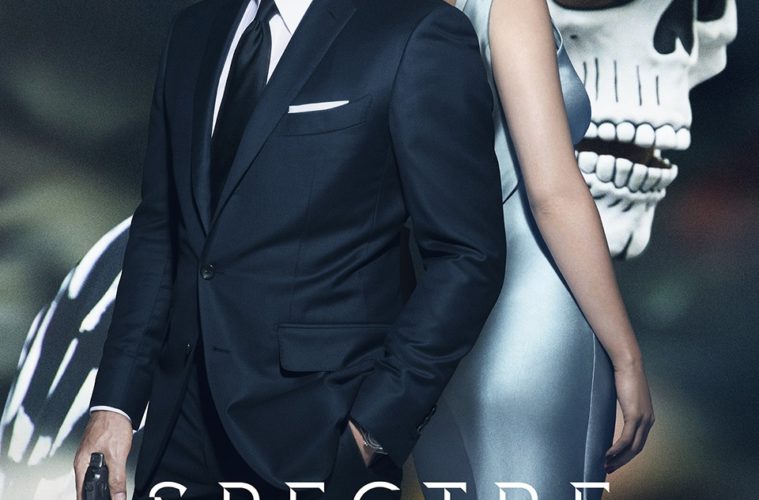 Daniel Craig‘s residence as 007 has delivered unexpected emotion (Casino Royale), unprecedented polish for the spy franchise (Skyfall), and the major misfire (Quantum of Solace). His latest outing, Spectre, is a culmination of these predecessors in both story and execution, for better or worse. At its best, the partial return to form is an A-to-B thriller that packs enough surface-level intrigue and thrills to entertain. At its worst, its attempts to further flesh out the agent and have a timely story with Snowden-esque relevance creates a fairly muddled entry into the Bond canon.

As in his franchise debut, director Sam Mendes kicks things off with a sustained bang: a single shot (albeit aided by some clear digital edits) through the streets of Mexico City during a Day of the Dead celebration. After getting introduced to Bond, he ultimately gets entangled in an impressive, helicopter-fueled spectacle over the crowd of thousands. Despite learning information that will lead further down a rabbit hole of mass network villainy, he does cause half a block to explode and crumble. This results in the agent being stripped of field duty and monitored at all costs by M (Ralph Fiennes) via the treacherous sounding “smart blood,” reluctantly administered by Q (Ben Whishaw). As MI5 and MI6 are now following orders from Max Denbeigh, aka C (Andrew Scott), the slimy head of a new intelligence-gathering organization, the end of the “00” program is threatened.

After throwing the Bond formula out the window with Skyfall, Mendes gratefully returns to the franchise’s more streamlined, amusing sensibilities. Much of Spectre is devoted to a connect-the-dots paper trail laid out for Bond, once again leading him to all corners of the globe, but with a sense of fun that Craig’s iteration had yet to partake in. The crumbs begin with the widow of an assassin Bond killed, Lucia Sciarra. She’s played by Monica Belluci, who, in a single shot of mutual seduction, affirms that she shouldn’t have been so wasted here in a glorified cameo. Léa Seydoux’s Dr. Madeleine Swan, while charming, doesn’t fare much better. Her comparative Bond girl screentime may be vastly increased when it comes to Bellucci — and certainly Miss Bala‘s Stephanie Sigman — but her eventual affection for Bond makes little sense, while the actress’s action chops left more of an impression in Ghost Protocol.

Punctuated by a bombastic score from Thomas Newman (elevated to the nth degree in a choral-backed opus during a thrilling, zippy car chase through Rome) and Hoyte van Hoytema‘s sleek, never-distracting cinematography, Mendes loses some of the self-seriousness which dragged down Skyfall, clearly having more fun this time around. This is clearly exemplified in Dave Bautista‘s Hinx, perhaps the series’ best henchman since the days of Jaws. With his towering physical presence, he offers a true threat to Bond by throwing the agent around a train car and breaking every door in sight, in a nod to From Russia With Love.

When it’s time for Christoph Waltz‘s Franz Oberhauser to finally enter the film, the intrigue unfortunately grinds to a halt. Despite an effective sequence of torture, the film soon falls into Star Trek Into Darkness territory: character revelations and motivations are more muddled than captivating. In attempting to link Bond’s previous adventures, screenwriters John Logan, Neal Purvis, Robert Wade, and Jez Butterworth offer vague signifiers (“I’m the author of all your pain”) without ever conveying anything substantial. As a diluted endeavor to give more emotional meaning to the Craig-era Bond, it’s unfortunate that this clunky finale is such a flop in need of context.

As Rogue Nation so succinctly proved only a few months back (with a similar plot, no less), some coherent wit and well-crafted spectacle erases any need for heavy-handed diatribes or cumulative breakthroughs. For all its cursory charm nodding back to pre-Craig days, Spectre has proven we’ve suffered enough with Bond. By the end, its somber wheel-spinning antics bring down the initial promise that we would finally get a fully fledged humorous throwback. If Craig — clearly bored with retreading through the supposed horrors of his character’s past — still has one left in the tank, here’s hoping those behind the series fully recover its escapist appeal.