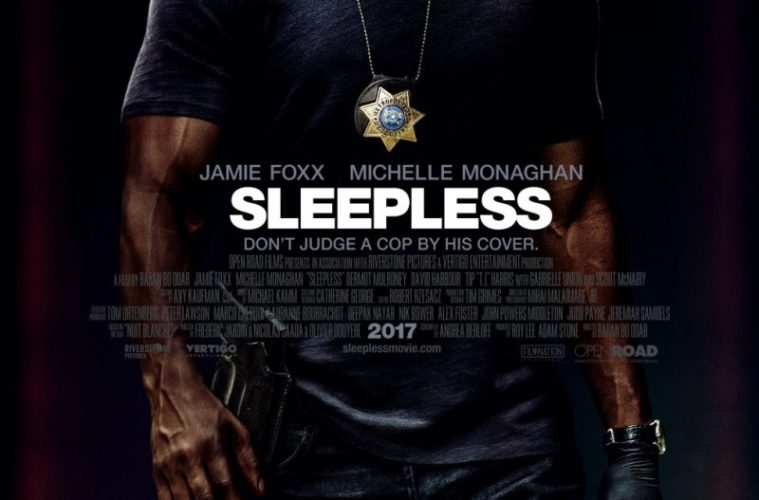 Review: ‘Sleepless’ is a Generic Thriller That Runs on Auto-Pilot

If Sleepless doesn’t seem like it is doing anything new it’s, well, not. A remake of Frederic Jardin’s 2011 thriller Nuit blanche (Sleepless Night) rebooted as a low-rent Luc Besson-style affair with half the wit, Sleepless isn’t an unbearable experience. It’s just not a terribly original film, one that seems to suffer a fate like many Hollywood-ized imports taken on by foreign directors: they bring all the style, but leave behind the substance and wit. As often happens, something is lost in translation, even if the absurd hand-to-hand combat and action “thrills” in a contained setting remain intact.

Swedish director Baran bo Odar helms from a script by Andrea Berloff (Straight Outta Compton) that, truth be told, could have been adapted into a tense little thriller in the right hands. One sequence involving a stabbing had me nostalgic for Park Chan-wook and what he might have brought to the table. He’s one example of a filmmaker that can surely turn a pedestrian blueprint for a direct-to-video/cable movie into a crackling, unforgettable experience with an attention to detail and character. Unfortunately, Sleepless runs on auto-pilot for much of its 95 minutes, despite its glossy cinematography by Mihai Malaimare Jr. (The Master) and the presence of a cast that deserves better.

Jamie Foxx stars as Vincent Downs, a hard-nosed narcotics detective who knocks off a trafficker with the help of his partner Sean (T.I.) before picking up his estranged son Cortez (Markell Watson) for basketball practice. Big mistake — the kid is captured in broad daylight, Downs stabbed, and the plot set in motion. Apparently Vegas has a limited coke supply, even for an amount we are told is peanuts, and soon local kingpin Rob Novack (Scoot McNairy) calls upon his father’s old pal, casino boss Stanley Rubbino (Dermot Mulroney) to fill an order. The quickest way possible is to kidnap Downs’ kid, forcing him to deliver the coke in exchange for his son — but if only it were that easy. When the pieces snap together, the film falls under its own weight as Downs tries to have it all (like everyone in the film) by saving his kid, taking down the mob, and cleaning up his own department. You can instantly imagine how that ends up.

Enter Jennifer Bryant (Michelle Monaghan) an internal affairs detective whose lost meth lab bust was, indeed, a bust — and she’s got the scars to prove it. She partners with Doug Dennison (David Harbour), a fellow cop who tries to get her to do things by the book, advising her that she just can’t remove evidence at will. The drama largely unfolds in the confines of the fictional Luxus casino on the Vegas strip, sandwiched between Trump International and Planet Hollywood. Despite having the usual amenities — dance clubs, a spa, and restaurants — it lacks a sophisticated security system. It’s no wonder Stanley runs such a loose organization.

Sleepless isn’t intellectually offensive or even all that embarrassing for the talent involved. Beat by beat, right down to its twists, it’s a predictable January thriller. Evading a consistent dullness, it’s rather the type of “content” built for a passive experience at home on Netflix. Between the loose security and a big shoot-out that surely would be broadcast by clubgoers on Facebook Live, becoming an instant media event, it does leave one scratching their head. Of course, if you’re thinking about that, you’re probably not terribly invested in character development. The film never gives you a reason to either as the ensemble is all fairly paint-by-numbers, apart from Novack’s sinister streak, which in the right hands might have been something memorable. Sleepless is not that, right down to its generic title. It’s also surely not destined to be one of the year’s worst films as that distinction would require it to leave an impression of some kind.

Sleepless is now in wide release.