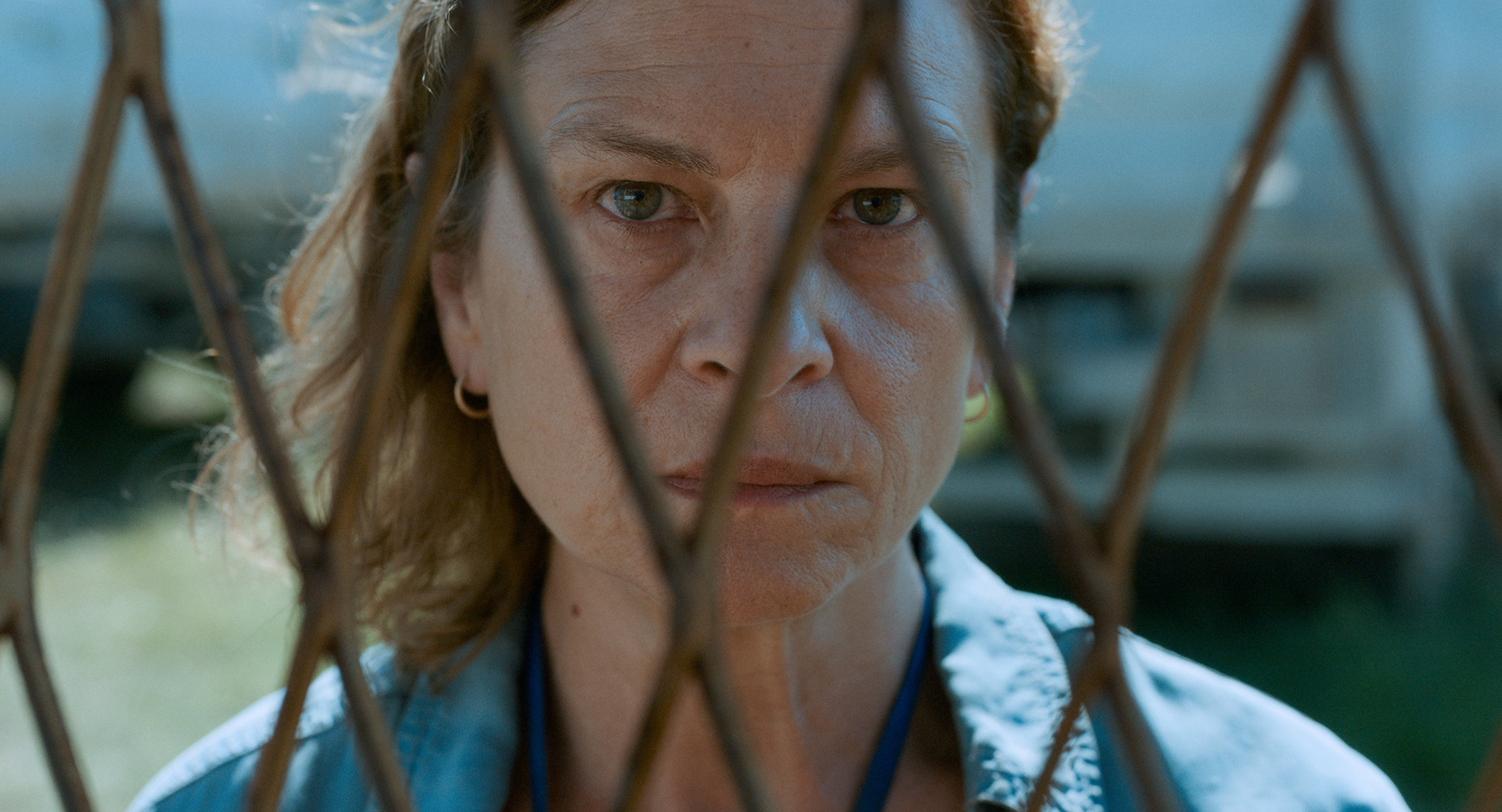 Some stories don’t leave room for a hero even if they provide ample opportunity for one to enter. And when it comes to the 1995 Bosnian genocide that occurred in the town of Srebrenica at the hands of the Serbian army, there’s hardly room for hope let alone saviors. With over eight thousand men murdered while the UN and the world looked on, what is truly left but mourning and memorial? What is there to say besides the truth of its horrors so that those who were blind and/or ignorant to these people’s plight can begin to understand? That’s ultimately writer/director Jasmila Zbanic’s goal with Quo vadis, Aida? as someone who knows all too well having survived a siege on Sarajevo. Mankind cannot afford to forget.

The star of this film is therefore desperation and the actions taken when under its power. How far will UN translator Aida Selmanagic (Jasna Djuricic) go to protect her family (Izudin Bajrovic as her husband Nihad and Boris Ler and Dino Bajrovic as her sons Hamdija and Sejo) once she sees what’s happened after her bosses’ ultimatum to fight back against Serbian General Mladic (Boris Isakovic) proves hollow? How far will those officials (Johan Heldenbergh’s Colonel Karremans and Raymond Thiry’s Major Franken) go upon realizing they’ve been left high and dry by Europe to deal with a homicidal maniac on their own knowing they haven’t the resources to do anything but capitulate and pretend there was no other choice? Action heroes don’t exist. Impenetrable walls blocking freedom do.

And even if you don’t know what happened in Srebrenica, you can guess after Zbanic’s first scene placing Aida between UN representatives and men from the town. The former repeats their empty assurances over and over while the latter all but laughs in response considering they heard the same assurances days and weeks ago too. It only takes the Bosnians declaring that the blood spilt in the absence of enforcing those words yet again will be on the UN’s hands before we comprehend what’s coming. How can we not when this peacekeeping organization’s toothless rhetoric has been exposed time and time again thanks to war’s complexities often rendering their mission statement inert? Madmen like Mladic count on them following their “rules” so they can exploit every advantage possible.

The experience is thus a tense one from the moment we watch Aida’s family packing their bags to flee their home until the dissolve that brings us to an epilogue many years later. As soon as the airstrikes the UN promised don’t happen, the citizens of Srebrenica find they have nowhere to go but the UN base that swore to protect them. Chaos ensues as tens of thousands of people arrive to be met by officials saying they’re already at capacity. Some decide to run into the forest for safety while others can’t help but remain due to a belief that good will prevail against evil. Aida knows better, though. She knows the only sure way to survive is by procuring seats on the UN’s own inevitable evacuation.

What occurs feels like real-time cinema because of how breathlessly everything progresses whether Karremans screaming at the New York headquarters for support or Aida running around the base in search of her family so that she can protect them from whatever fate may befall the neighbors and friends watching and pleading to be taken with them. Right from the get-go these nameless refugees are nothing more than lambs to the slaughter, fully cognizant of what’s coming despite their attempts to believe the opposite. And when Karremans is told to gather a team to negotiate with Mladic, he has no choice but to comply. Meet the general and maybe some of them live to see tomorrow. Anger him in any way and risk everyone’s (including his) death.

Fear takes hold of them all as Aida’s desperation can no longer be ignored. Is it enough to change the minds of the men around her who willfully delude themselves into thinking the word of a mass murderer means anything? Only she and Jelena Kordic’s Chamila (the woman who accompanies Nihad and a businessman to serve as Srebrenica’s representatives during Mladic’s negotiation with Karremans) harbor zero allusions as to the fallacy of this supposed “compromise.” Only they are able to steel themselves to the nightmare they find themselves in because only they are willing to look at Mladic and Karremans’ faces instead of listening to their voices once all Hell breaks loose. And then there’s us in the audience, helpless to do anything but watch Satan descend.

Zbanic expertly wades through the scenario so that we aren’t taken for granted. Rather than show us what we know is happening, she includes foreshadowing, rumors, and expressions to put a chill in our spine instead. What’s more is her ability to weave in the reality that this fight concerns divisions on the lines of religion and race rather than pure geography. Nothing is more potent than watching Chamila smile and tell Mladic that she went to school with the silent officer smoking by his side or hearing a Serb soldier goad Aida with the memory that she once taught him in school. This army is terrorizing people it knows by name and everyone is meant to pretend that’s enough to guarantee safety when history has proven otherwise.

It’s only at the conclusion that we finally see what we’ve known all along and only during the epilogue that we witness how monsters expect us to forget their monstrousness after the dust settles as though their actions during wartime aren’t their true identity. Djuricic becomes our invaluable guide through the psychological and physical warfare that doesn’t just fade away with distance—especially not when your neighbors remain the same ones that killed everyone you love. As a result, the final image placing familiar faces from both sides of this fight together in the same joyous room might be the most chilling of all. Because what can you do at that point? With nothing more to lose, you turn your survival into the ghost that amplifies their guilt.