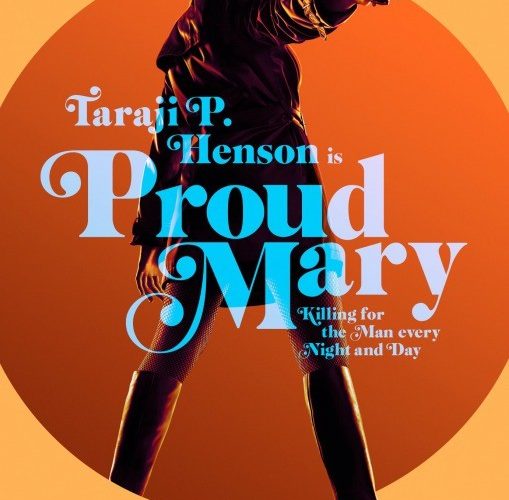 The first trailer for Proud Mary hit the internet in July of 2017. After that came a few badass 70s-style James Bond-like posters with star Taraji P. Henson in shadows, gun drawn. It was hard not to get excited for what appeared to be a stylized assassin flick in the vein of John Wick with a bona fide bankable black woman in the lead, Tina Turner’s emotional adaptation of John Fogarty’s anthem rocking in the background. But then the release date hit with a January bow. Critics were told it wouldn’t screen for them even in the big cities. And Thursday night shows were canceled despite ticket buyers arriving with excitement. It’s one thing to block out press, but a whole other to do so to the public.

The only fathomable excuse — because I don’t want to believe a studio put up the money for a black woman-led actioner and then buried it to use a bad box office as an excuse to never do so again — was that the film somehow wasn’t finished. Maybe there were some last minute cuts being made and trepidation had everyone paranoid to the point of ill-advised maneuvers that might at least lead to a “bad press is good press” campaign that rallies audiences into proving the “suits” wrong. While this is highly unlikely, the finished product does feel like it was butchered somewhere along the way. So whether snips happened the day before release or two months ago, I left the theater thinking I only saw half a film. It’s too bad because Proud Mary has some interesting themes and interpretations on tropes. The script by Steve Antin, John Stuart Newman, and Christian Swegal tries to deliver something more than just mindless action with poignant parallels, tenuous allegiances, and this dream of freedom from a life that simultaneously saves and destroys. But the meat of such a story — the moments of introspection and emotion — seem to be excised. Rather than see the guilt ravage Mary (Henson) during the year after she orphans a young boy (Jahi Di’Allo Winston’s Danny) due to a successfully performed hit-job, we are forced to assume it after a quick jump cut through time. Rather than know Henson actually sees herself in Danny, we’re told she does in hopes that’s enough.

But it’s not. So much of what’s happening below the surface of these characters’ actions is told rather than shown as though director Babak Najafi — or the studio after the fact — is conserving minutes when this decision only keeps us perpetually at arm’s length instead. We don’t know there’s drama between Mary and her Boston kingpin boss Benny (Danny Glover) until the plot needs us to know. We don’t know there’s even more drama between her and his son Tom (Billy Brown) until the initial conflict point between Mary and the Russian who is ostensibly using Danny as slave labor (Xander Berkeley’s Uncle) closes to open that new door. What any of that drama is, however, remains unspoken. Where this should feel mysterious, it comes off as lazy. Everything therefore becomes two-dimensional and generic. Sometimes actions become strangely off-putting and unearned too because we are completely ignorant to the context necessary to make things feel authentic. Case and point: a melodramatic dinner scene where Mary brings Danny to Benny’s house for his wife’s birthday. Tom corners Mary in the kitchen and threatens her (a believable act since he’s been on-edge and short-tempered with her the entire movie) before wrapping his arms around her with a big grin on his face. Her expression clues us in on the situation being uncomfortable, but I found myself laughing because the tension between them — despite some dialogue — has always appeared professional rather than personal. The moment should be menacing and yet its out-of-nowhere tonal change proves the opposite.

Enough of the film is like this to force me to wonder if forty minutes of crucial character development were cut for a Cliff’s Notes of unearned major beats. And what makes it more frustrating is that these quieter scenes remain where Mary and Danny’s relationship is concerned to reveal themselves as the best parts of the whole. At heart both are compassionate souls, but complicated lives have given them a hardened skin that’s tough to left go. She finds herself falling into the brusque authoritative language she experienced growing up under Benny’s thumb and he often devolves into a sarcastic brat accustomed to wielding indifference as a weapon against psychological abuse. Their rapport is tense, funny, and real as a result. Their dynamic has honest depth.

Nothing else has that texture. The script tries injecting some with allusions to Tom wanting his father’s throne and Benny slowing things down to work for peace rather than war, but these attempts arrive as hollow coloring disregarded a scene later. There are countless openings for the plot to take wild left turns and embrace its overt severity as entertainment, but Proud Mary would rather stay the course of its one-note trajectory and remain earnest in its desire to be taken seriously. This unfortunately means we’re left to laugh at the film instead of with it. We laugh at Glover’s failed bid to turn his comedic straight man persona into believable ferocity. And we laugh at the grimaces Henson is asked to perform in lieu of real emotion. These grimaces stand-in for guilt and regret too often — surface machinations without true worth beneath them. It doesn’t have to be this way because Henson has the goods to play the scenes that give those expressions their power. We don’t get to see the awakening wherein she learns her existence as an assassin in a yakuza-esque family isn’t her path. We only get to see what she’s willing to do to escape it. But while the latter is flashy enough to put butts in seats, it’s utterly empty without the former. Mary’s struggle to break free from the brainwashing of her youth is what renders those moments impactful beyond mindless killing. Her confrontation with Benny shouldn’t feel as impersonal as the one with fall guy Walter (Neal McDonough).

Besides those scenes between Mary and Danny, though, everything is impersonal. It doesn’t matter how good you are when the material cuts you down at the knee. This film does exactly that to everyone, proving they deserve better than TV movie artificiality cobbled together from what must have been a more complex script than shown. If nothing else, though, this extremely flawed project shows Henson has the star power to earn top billing. It’s worth watching for her alone regardless of moments wherein the story undercuts her talent. Introducing Winston to Hollywood is also a plus as he deftly traverses the complex duality of scared kid in dire straits feigning tough-as-nails strength. Give me a sequel with these two finding their way together. I’m definitely here for that.