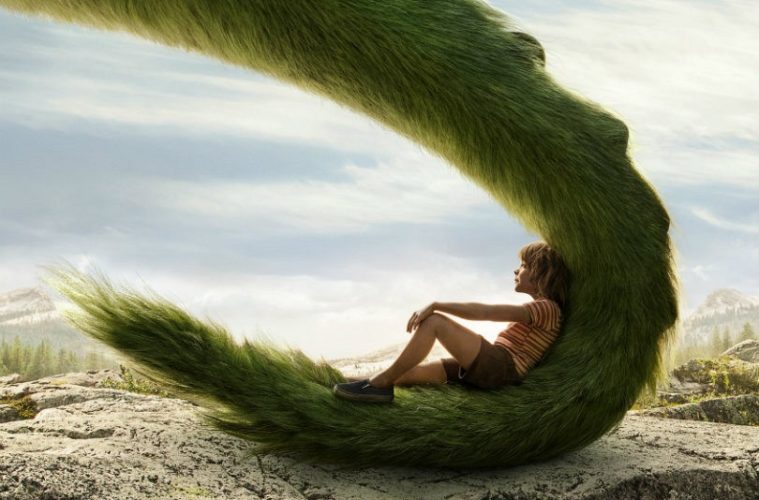 Normally predicated on mining compelling source material that worked the first time around in the hopes of drumming up an entirely new set of eyes, Hollywood’s remakes have a track record about as far from impeccable as it gets. Whether through needlessly upping the scale or tipping too far into unimaginative reverence, they can often leave out the original’s soul in favor of mass appeal. This is what makes another take on Pete’s Dragon such a peculiar proposition. The original, released in 1977, was a modest financial success, yet, in terms of quality, it’s perhaps a childhood favorite that is better not to revisit in order to hold onto those glimmers of nostalgia — if they may exist.

Unburdened by expectations — unlike some Sundance alums who have carried the weight of Hollywood’s biggest franchises — David Lowery is the ideal director to take on a new version of this fantastical adventure about a boy and his best friend. Carrying on a lyrical, timeless approach that served his break-out drama Ain’t The Bodies Saints so well, his update of Pete’s Dragon has an emotional sensitivity, aesthetic clarity, and all-around sense of fun that creates what feels like an unearned miracle in the current summer tentpole season.

In ’80s-era Pacific Northwest — though neither era nor location is overtly specified — we find Pete (Oakes Fegley), a scrappy, highly skilled boy (though more in survival than socialization) who lives in the woods with his dragon Elliot, whose name is derived from a book left behind after his parents are killed in a car accident. Gareth Edwards’ Godzilla this is not: the adorable, furry, green creature becomes a fully fledged character early on and is revealed in full before the opening credits hit. Even when more characters get added to the mix, there’s only ever the slight tension of trying to convince anyone that a dragon really does live in the woods. Scripted by Lowery and Toby Halbrooks, Pete’s Dragon isn’t so much about fighting for what you believe in — this dragon is real, and anyone who sees it doesn’t doubt it — but rather the magic of its existence, and what this animal means to those around it.

As often happens when humans get involved, things start going awry upon Pete’s discovery deep in the forest — a place he’s been for the past six years, even with a Badlands-esque tree home. Natalie (Oona Laurence) — the daughter of Jack (Wes Bentley), who runs a lumber mill with his brother, Gavin (Karl Urban) — follows Pete through the forest, and when an accident occurs, it causes the adults to track them down. One of them is the well-meaning Grace Meacham (Bryce Dallas Howard), a park ranger who is dating Jack and whose father (Robert Redford) has stories of seeing Elliott long ago, relayed to the local kids when he’s not wood-carving — which, in one shot, makes for an ingeniously gorgeous dissolve.

Certain archetypes are carried out, with much of the central conflict stemming from Gavin, who intends to hunt the creature down for his own selfish reasons. Even though the brothers feel underdeveloped and a few nitpicks are to be had — Grace says, “I know these woods like the back of my hands,” then in the next scene remarks how she’s never seen the area she’s in — Pete’s Dragon belongs to the relationship between boy and creature. We have to imagine that part of Disney’s reason for greenlighting this was the success of How to Train Your Dragon, but seeing a similar, albeit far more grounded journey come to life in live-action has its unique charms.

As Peter and Elliott soar above the clouds or fall asleep in a local cave, Lowery employs a delicate, well-orchestrated touch that’s assisted by cinematographer Bojan Bazelli and editor Lisa Zeno Churgin. With the camera never appearing to be in the wrong place or a cut misplaced, we first meet Elliott as he flies up, straight above us, giving an immediate sense of scale. This is followed rather entertainingly as we see his clumsiness play out: landing on a chimney as he knocks some bricks off and gets surprised, or when he over-exerts himself and playfully pummels into a field of grazing cows. The visual pleasures also extend to the human side, such as one unexpected, hilarious joke involving a body on a stretcher.

As was the case was with his last film, Lowery also understands the value of music and, unlike other Disney live-action remakes, this thankfully does not turn into a musical to “honor” the original. There is rarely a moment without Daniel Hart‘s cheery compositions or tracks by Leonard Cohen, St. Vincent, The Lumineers, and more. The uplifting music adds to the sense of discovery, naturally intertwining with the action without ever feeling overbearing. This aural landscape extends to the intricate sound design as Elliott’s finely detailed fur bristles upon touch and tree leaves rustle as he flies away.

By simply utilizing the basic set-up of a lesser original feature and giving its director the freedom to infuse his own distinct sensibilities, Pete’s Dragon sets an ideal standard for what Hollywood should be doing in the remake realm. In capturing childlike wonder through Pete’s eyes, this film has more than a few heartbreaking moments regarding the definition of a home and the people (or fantastical creatures) that give it life. And by keeping things relatively small-scale, David Lowery’s studio debut retains a personal touch with an unceasing supply of magic running through its lovable, full-hearted soul.