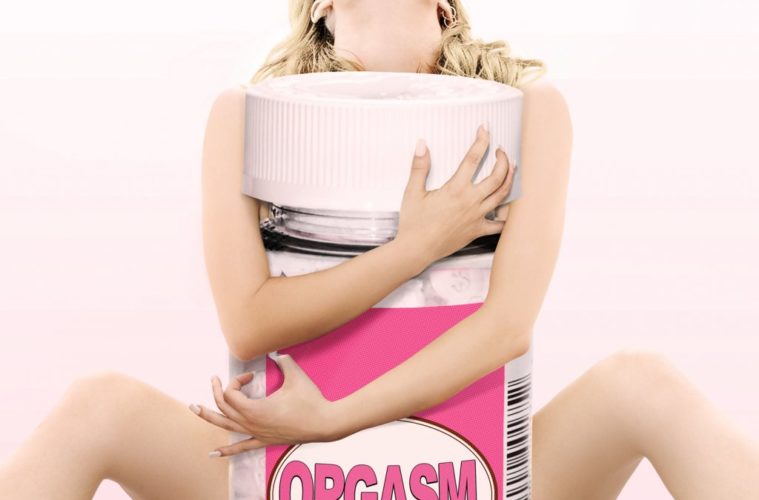 Orgasm Inc. is an investigative exposé that masterfully strikes the balance between entertaining and enlightening. Surprisingly full of humor, documentarian Liz Canner’s feature debut reveals an inside look at the pharmaceutical race for a female Viagra, which would cure a disease that may not exist.

Interestingly, Liz Canner didn’t set out to be a whistleblower. She was in development on a documentary about female pleasure when a kismet job offer fell into her lap. The drug company VIVUS, which was the first to put an erectile dysfunction drug on the market, asked Canner to cut together a titillating montage of female-friendly pornography to be shown to subjects in the clinical trials of their proposed female Viagra. She eagerly signed on—with the condition her cameras came too. However, as the race to produce this guaranteed cash cow heated up, Canner began to see a dark side to the drug’s development.

The film’s main thrust is the emergence of FSD: Female Sexual Dysfunction. Canner presents that this disease is opportunistic in that it was invented by the pharmaceutical industry hungry for another Viagra-like windfall. So, statistics were twisted, doctors were bought out, and the media was alerted to a “secret epidemic” that supposedly affects 43% of women—or as one pharma rep postulates—upwards of 40 million women. Soon the whole country is in a tizzy over this ambiguous affliction, but not to worry! The pharmaceutical industry is on hot pursuit of an easy solution to all your sexual problems!…Or not. Turns out that female sexuality baffles these scientists who lament that women lack a “vertical indicator” of sexual arousal. This opens the field to radical surgeries that include a shocking device called The Orgasmatron that is surgically embedded in a woman’s spinal column—with bizarre results. And so the race for a cure stretches on longer than expected.

This troubling revelation bleeds into a disturbing trend in American society, where marketing bombards us with glossy images of what is ideal—and thereby how we’re lacking. Canner argues that when this is coupled with America’s sub par sex education programs, the result is a public so ignorant of their bodies that we are easy pray for greedy corporations eager to sell us a quick fix to a made-up malady. It’s a deeply trouble revelation, but it’s just the tip of the iceberg.

Thankfully, Canner tackles each issue with compassion and candor, making for a doc as full of heart and humor as it is thought-provoking revelations. This cheeky doc is a must-see for anyone who cares about orgasms and/or women’s health. It’s fully informative with a carefully constructed presentation that purposely avoids graphic illustrations so that this is a documentary about sex even a mother could love.