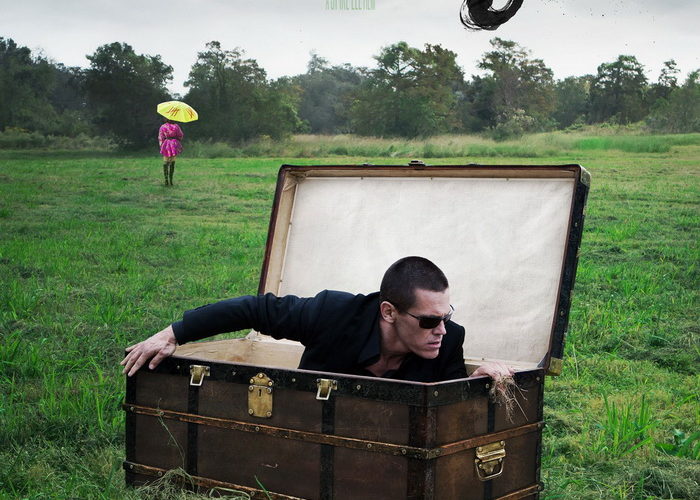 Coming hot off the heels of the original’s 10-year anniversary, Spike Lee‘s remake of Chan-wook Park‘s Oldboy may succeed in swaying domestic audiences unfamiliar with the source material. Sadly, those who have seen the 2003 film will not be as impressed.

After a certain point, Lee’s film willfully follows the narrative footsteps of the original. It is all very familiar, with only a few welcome deviations made. There is only so much you can do with this material, and, although the creators involved are more fond of the word “reinterpretation,” this is a straight-up remake. The set-up alone establishes that this Oldboy is none too interested in reinventing the formula.

Joe Doucett (Josh Brolin), like his predecessor, is a schmuck. He’s a sleazy drunk, a low-class businessman and, rather comically shown here, far from father of the year. So it comes as no real surprise that someone decides to lock Joe up for 20 years. One night, after being lured in by a woman in the rain, Joe finds himself trapped in a hotel room, or least what at first appears to be one.

Though Joe is fed and taken care of in this isolated room, over the course of two decades he’s driven mad by the desire for freedom and the need to return to his daughter. Eventually, he starts to write her sorrowful letters and whip his body into shape for the day he gets back out in the world. Before coming close to escaping, he is set free. Joe finds himself in a field, equipped with a suave black suit, an iPhone, and a bag of money.

The set-up, although seemingly beat-for-beat in the vein of the original, is the film at its most entertaining. Lee and screenwriter Mark Protosevich (The Cell) pepper in strong subtext to make these scenes crackle; as Joe’s life falls apart, so does the rest of the world. Joe witnesses 9/11, Katrina, wars overseas, and many other horrific events plaguing his country from a crappy television set. Is it really so better outside of his cage?

It’s a big question that the film ultimately does nothing with, which is more of a shame when its director is one of the few who could make an inherently American movie out of this material. From 25th Hour to Malcolm X to Do the Right Thing, Lee knows how to capture specific moments in history as a means of enhancing the stories he’s telling, yet here we have nothing more than basic genre tropes. Halfway through, Oldboy is no longer a movie, but a series of checked boxes. The derivative nature of Lee’s picture would be tolerable if the film itself was well-crafted from start to finish. Unfortunately, its second half is seriously troubled. It’s consistently at tonal odds with itself. Look no further than the performances: Brolin and Elizabeth Olsen, playing a young woman assisting Joe on his journey, are giving very serious, very good performances — but, across from them, as the man pulling all the strings, is Sharlto Copley. His performance is from another movie, and whether it’s from a movie that’s any more fun is a tough question to answer, but Copley’s performance is, frankly, a little too much. Unlike the original, his antagonist isn’t a frighteningly damaged rich boy, but more of a cartoon, and from his voice to the way he handles physical movement, this is empty scenery-chewing. As proven by Elysium, Copley knows how to ham it up the right way, but this is not the proper movie for such a character and performance.

There’s an inherent problem in the retelling of Oldboy: it is beholden to a twist. If you already know the resolution, it deflates all the potential mystery and drama. Lee’s remake will strike a cord with unfamiliar audiences, but, for the most part, it’s a hit-and-miss remake that comes close to good results.