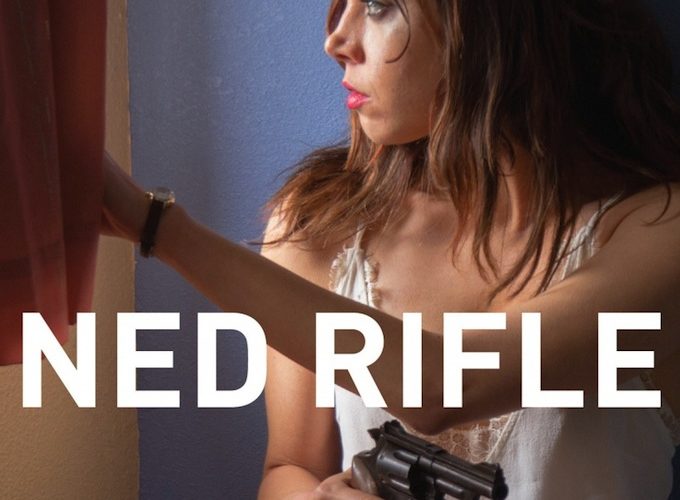 That the consensus choices for favorite trilogy — from Lord of the Rings and Star Wars to Three Colors and Before… — are most often defined by their overall shapes is a sign of how we even begin to conceive of and appreciate these things. One story comes to be seen in conjunction with the other (and the other[s] before or after it) because what we’ve been dealt — saving a kingdom, defeating an empire, charting intimate experiences with and through intense empathy, or riding the love rollercoaster — is so big, much more than any single film should be asked to encompass. That they’re so big is why many even care in the first place, and how they’re able to string things along a continuum — to retroactively imbue even the first moments of the first film with the crucial feeling that things must continue — is often what ultimately cements them as achievements in people’s minds.

But then there’s the Grim Family Saga, writer-director Hal Hartley’s label for a series comprised by Henry Fool, Fay Grim, and Ned Rifle. Each is separated by roughly eight years and most closely bound by a less-than-identifiable rottenness — films that can be enjoyed for their creator’s tight structuring of dialogue and visual consistent rhythm, but which, before it’s even fully realized, leave you feeling a bit bruised and grateful for the tiring experience. This is satisfying, but not necessarily conducive to large servings, and the extent to which his loopy (albeit enjoyable) second installment struggled to justify or maintain a connection with its predecessor was a clear enough sign that these characters work best in small doses. Yet here we are with the third and final installment, a modestly budgeted and (even by the series’ standards) small-scaled summation of Hartley’s moral and aesthetic proclivities that plays more like a final check-in than a confident send-off. Those who’ve seen the first two installments should have some idea of what to expect, especially when I say Ned Rifle finds a comfortable place between Henry Fool’s low-key sensibilities and Fay Grim’s conspiratorial plotting, fortunately with a stronger slant toward the former than the latter. (Those who haven’t may [and should] access them through the director’s website.) It’s thus appropriate that Ned (Liam Aiken, reprising a character he started playing at around the age of seven), the offspring of Hartley’s eponymous characters, has taken center stage. Having now reached the age of 18 and prepared to set out into the world, he sees this new freedom as an opportunity to kill his father, Henry, to whom he can be led with the assistance of his uncle, Simon (James Urbaniak), and imprisoned mother, Fay (Parker Posey). Although their appearances feel as welcome as they do natural — it’s obvious that Hartley hasn’t forgotten what made them worthwhile protagonists, even when the circumstances of their lives are constantly shifting — this film’s action unwaveringly centers on Ned and series newcomer Susan, a character whose syntactical tics and personality traits so resemble characters portrayed by Aubrey Plaza that it seems inconceivable she’d end up portrayed by anyone but Aubrey Plaza.

He, of course, eventually finds Henry Fool (Thomas Jay Ryan), who’s become more subdued and worn-down while faking his way through cozy living in a mental institution. (Somewhat humorously, Hartley has cast his alma mater, SUNY Purchase, as a proper aesthetic fit for that kind of environment.) It’s here where the most curious sleight of hand sets in place: the revenge plot that’s more or less been at play recedes the closer these two come, as if the helmer has found in these two a perfect pair to rattle off every which way of his own distinctive ear for tone and character. Hartley shows himself to have been wise in doing so. If the particular pitch at which all of this is played ends up being to a viewer’s liking — and I do believe anybody who responded in kind to Fool and Grim ought to be satisfied — Ned Rifle’s deceptively relaxed rhythms flow evenly, largely because the tease that something is about to happen is of a piece with its eventual pay-off, where the histories (those both known and only suggested) everyone’s been saddled with can be justified as its own sort of dramatic lubricant.

This is all driven by Hartley’s eye for composing conversation, a similarly consistent set of practices that lend great importance to every kink in the characters’ personalities. Ned Rifle’s a two-person-conversation-filled film that has nary a two shot; discussions are instead dictated by single shots often lasting precisely as long as the subject of a given image is going to speak, which yield a double effect of sorts. Embedded into these off-kilter dialogues about generational inheritance, the legacies of evil they engender, and, it sometimes seems, whatever Hartley found amusing when a scene was being written — now, for the briefest of appearances from Lloyd Kaufman as a comedy-blogging instructor! — there’s the trust that we’ll know these people after a certain point and be able to simply “read” their reactions in any given situation. Tension arises from how every conversation becomes something of a verbal tennis match, to my mind compensating for the lack of clear narrative propulsion through a willingness, even obstinacy, to at least consider itself an intellectual cut above typical vengeance histrionics.

Not that these low-key approaches are always conducive to a shapely end result. Ned Rifle proves a bit underwhelming on account of the fact that its central figure is not nearly as compelling as his two predecessors, largely because half of the attempts to truly characterize him (e.g. a religious conviction meant to imbue his bloodlust with ambivalence) are closer to post-it notes than deep-seeded signifiers. Had the film a bit more time to make Ned a person with larger fears and desires — or at least struggles that haven’t become familiar in other films, literature, etc. — its hard to doubt that his arc would resonate to a stronger, more lasting extent.

And yet part of what gives the film life is how it’s willing to close-out a (give or take) 17-year-long journey on remarkably modest terms. On a macro scale, this is emblematic of the consistency with which Hartley’s weaved his trilogy. None of these films — not even the one about an international conspiracy involving the CIA and terrorist organizations — come down to more than generally awful people taking every step to manipulate each other. The only real failing of this film, a dearth of compelling traits to define the anomaly that is an actual moral center, is a bit easier to swallow when seen as it should be: in light of Henry Fool and Fay Grim, character and picture alike serving as signs that there’s no escaping from where you come. At least the remarkably dour note on which this saga ends can stand as a result.

Ned Rifle will enter a limited release and be available via Vimeo on Wednesday, April 1.