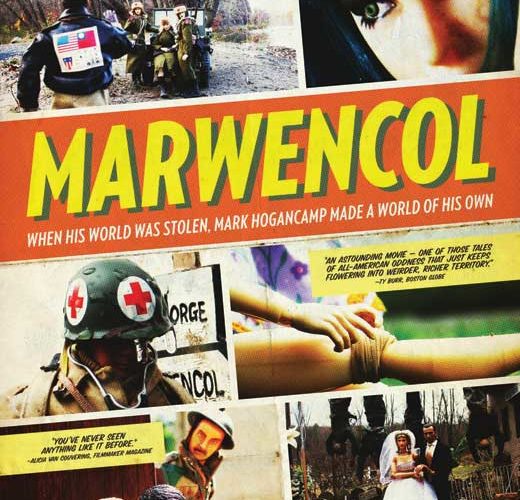 One of the biggest surprises in my Spirit Award ventures, Marwencol is a touching true story full of poignancy and charm. This documentary unravels the tale of one Mark Hogancamp, a former drunk who is struggling to reconstruct his life after a brutal beating “kicked everything memory out of his head.” Despite this tragic backstory, Mark’s is a heart-lifting tale of perseverance and the healing power of art.

In 2000, Mark Hogancamp was attacked by five men outside his local tavern, in Kingston, New York. He was in a coma for nine days, and in the hospital for 40 before he was turned loose because he could afford no more. Left largely to his own devices, Mark has had to learn to cope with the physical and psychological effects of this assault. He had to learn to walk and write again, struggling with the simplest motor skills. And as he’d lost nearly all memory of his former self—save for “snapshots” of major events—he struggles to understand who he was and who he will be.

The film begins five years later, and introduces you to a new Mark, a gentle giant surrounded by his self-crafted therapy: Marwencol, a World War II-era model town he has constructed in his backyard and peopled with dolls modeled after his friends and family. Building the town and dressing its residents has developed his hand eye coordination, and he tackles his demons through crafting elaborate tales about the town and its residents. In Marwencol, Mark is God, staging scenes of tenderness and conflict, then photographing them and sharing these winding, winsome narratives with his friends. The resulting photos, which make up much of the doc’s b-roll, capture the magic of this world, full of avenging angels and violent SS soldiers.

By reappropriating elements of his own life into Marwencol, Mark copes with his trauma and lays the groundwork for the life that lies ahead. Soon his town is discovered and proclaimed art, and Marwencol becomes a coming-of-age story as Mark struggles with his own identity and whether or not to attend the gallery debut of his photos in New York City. I’d love to tell you more about the rising conflict, but I’d hate to spoil this tale that is so masterfully unveiled by the film’s writer/director/producer Jeff Malmberg. Let me say this: while a lesser or more cynical filmmaker could have easily written Mark off as a small town kook, Malmberg respectfully reveals his subject, lovingly laying out the complexities of his hero, never mocking Mark or his eccentricities. This sincere and guileless approach makes you root for Mark wholeheartedly, even in his darkest moments. The result is a final act with breathtakingly high emotional stakes, and a resolution that made me want to revisit Marwencol again. Immediately.

To learn more go to Marwencol.com. There you can see more of Mark’s work, and check if Marwencol is playing in a theater near you.