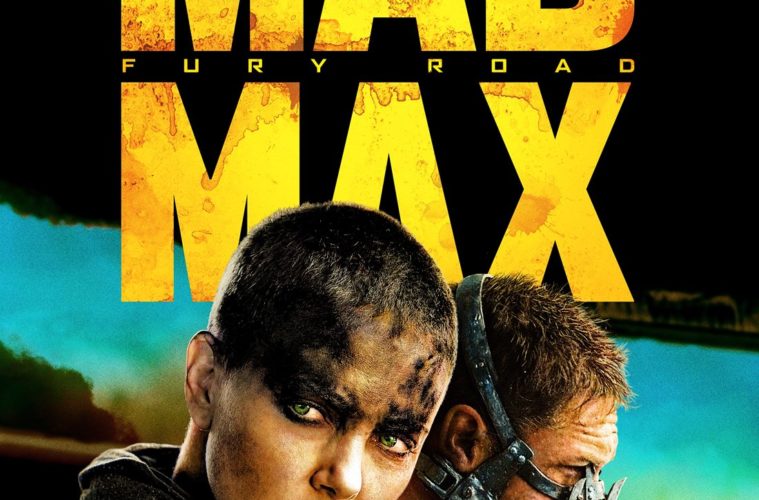 It’s not often delays, financial dissolutions, and waning interest make a film better, but I don’t want to know what Mad Max: Fury Road might have been without them. In its current form the film embodies a logical escalation of what director George Miller began over three decades ago by embracing the insanity eating away at his titular road warrior’s resolve. Survival becomes a collective pursuit whether in the wastelands left behind after wars ravaged the earth of gasoline, water, humanity, and life itself or a heaven won through sacrifice at the feet of megalomaniacs stealing themselves a throne. Status is measured by one’s ability to reproduce, repopulate, and retain that iron fist on those only able to follow. And while Max would rather fade into the dust, he never could let the oppressed languish in chains.

This fourth installment of Miller’s post-apocalyptic adventure series began as an idea in 1998, set itself up to shoot twice before 9/11 and the Iraq War shook resolves financially and politically, and even found a short spurt of lifespan retooled as an animated feature. The director never stopped hoping or fighting to get the script co-written by himself, the original Mad Max‘s grease rat Nick Lathouris, and cult comic artist Brendan McCarthy ready. I have to imagine he realized how off-track Beyond Thunderdome went because Fury Road is all about the high-octane action of warring factions inhabiting a lawless desert expanse—not the in-your-face potential for salvation or green notion of environmental decay. That stuff remains, but it’s relegated to a few lines of dialogue and character motivation. What rises above is a destruction-laden chase for freedom.

Miller seeks redemption alongside Max (Tom Hardy in the role originated by Mel Gibson) and Imperator Furiosa (Charlize Theron). He looks to bring back muscle and grit while they strive to erase memories of loved ones they couldn’t save. While the latter two are as close to saints wrapped in antihero bodies willing to do whatever it takes that this world can offer, they can single-handedly rescue a continent and still find no peace. Redemption’s a concept that pushes them forward with purpose as waking nightmares of the dead refuse to let go. This fact alone gives Miller a successful rebirth because it shows how brutally honest he is with his creations. The Wastelands eat them alive, spitting them out broken and screaming. The briefest respite of sanity within it proves more painful than any physical duress endured.

The conceit is simple: Immortan Joe (Hugh Keays-Byrne returning to the franchise as a villain so far-removed from his Toecutter that the confusion Miller bred by utilizing Bruce Spence back-to-back in identical roles is kept at bay) rules a kingdom built on the fresh water he wields as a weapon to keep his citizens thirsty and loyal. Like he has done countless times before, Joe enlists Furiosa to drive a War Rig to Gastown for a restock of fuel. On this day, however, she goes rogue by hiding the warlord’s concubines (Rosie Huntington-Whiteley, Riley Keough, Zoë Kravitz, Abbey Lee, and Courtney Eaton‘s “Five Wives”) and detouring east towards “The Green Place”. It’s not long before Joe’s men discover the ruse and he alongside a militia of War Boys take to the road to recapture his property.

Max comes along for the ride accidentally after being captured an unknown period of time previously and transformed into a “blood bag” for War Boy Nux (Nicholas Hoult). Almost at the end of his lifespan before meeting God in Valhalla (most definitely drawn in Joe’s immortal image), he uses Max’s blood to stay strong enough to die in battle. It’s the chance our iconic figure needs—a free trip to the outside to bide his time until an escape opportunity arises. Like before, however, Max cannot leave defenseless innocents to die. So what begins as Furiosa and Max individually fighting against Joe, Gastown, and another city coming from all directions soon condenses to two lost souls against the world. The war that commences explodes into a fiery spectacle unlike anything we’ve seen cinematically in decades.

That argument about how CGI has ruined the popcorn blockbuster is met with maniacal laughter on behalf of Miller and his audacity to stay true to his roots. If you didn’t believe before that our collective disinterest in Hollywood tentpole features stems from their disingenuous origins of pretending digitized pixels can replace reality, you will after witnessing Fury Road‘s chaotic dance of vehicular and human choreography. I’m talking Cirque du Soleil acrobats jumping from one moving automotive Frankenstein to another, revolving on sticks to swoop in with bombs and bullets as bodies fall under behemoth tires or fling into the atmosphere from the force of a cataclysmic crash. There’s even a truck carrying six giant Timpani drums and an electric guitarist attached to bungee cords laying down riffs like 2060’s version of a Medieval trumpeter.

We’re allowed four breathes during the carnage: one after an opening depicting Max’s incarceration, and three more separating the prolonged chase scenes shot in sumptuous color and pieced together by frenetic cuts. There’s a huge body count and a legitimate sense of dread throughout thanks to not being sure who might get ripped apart next. The use of practical effects is key to this because we feel as though we’re watching a stunt that could very well end in death. Whether it’s someone crawling under a speeding tanker, launching himself from the back of one car to the hood of another, or running from a hail of gunfire, everyone is holding onto a real piece of scenery. That means they could easily lose their grip, pull themselves up, or get lost underneath the weight of shrapnel.

Cinematographer John Seale shoots so much coverage that I felt I was soaring in and out of the action despite edits instantaneously teleporting me from one place to another. I know there were an intense amount of cuts and yet my memory conjures each sequence as a continuous take. That is how invested I was in the action and the sorrow etched on the face of every actor. We feel the reluctancy of Hardy’s heroics, the desire for hope underneath Theron’s hardened glare, and the wives’ fear of the unknown falling way short of what a homecoming with Joe will bring. For his part Keays-Byrne is menacing even with his mouth covered for the duration. He’s the manifestation of Miller’s new world order, a hybrid man/machine running on blood, water, and gasoline. Mad Max lives on—survival at all costs.